A Belgian start-up company, supported by ESA Space Solutions, is researching ways to use satellite imagery to help increase the amount of carbon held in soil, in turn significantly reducing the effects of climate change wrought by agriculture. ScanWorld will use the data gathered to help the new breed of carbon farmers speed up the process of soil sampling, reducing their costs and increasing carbon capture.

Conventional farming is under scrutiny. Practices such as widespread use of fertilisers, monocultures and leaving soil bare in winter damage ecosystems and drive climate change. Vegetation is also under pressure from extreme weather events, soil erosion and the constant potential for new diseases to emerge. Meanwhile, the growth in world population is putting further strain on agriculture – by 2050 it is estimated that 60 per cent more food will be required to feed the world, yet simultaneously crop yields will be decreasing under pressure from global warming. This has led to the rise of new forms of sustainable agriculture, a subject discussed in depth at the recent COP26 climate summit in Glasgow. 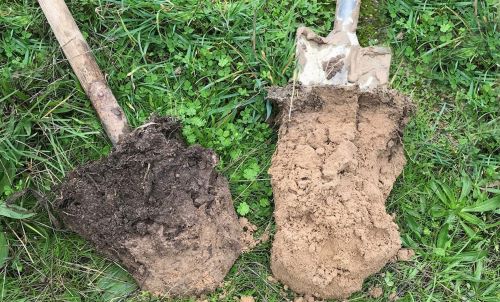 One technique is carbon farming which aims to increase the amount of carbon in soils, and one which Belgian start-up ScanWorld intends to make much less onerous from now on. Atmospheric carbon is a well-understood cause of climate change. The good news is that soils can store up to three times more carbon than the atmosphere and increasing soil organic carbon (SOC) also improves the health and resilience of ecosystems, and protects against both drought and flooding. This realisation is now driving changes in agricultural practices as numerous initiatives from the private and public sectors are helping farmers transition away from conventional methods to carbon farming.

The EU carbon farming action plan recommends paying farmers for every additional tonne of carbon sequestered in their soil, above baseline levels, and some governments are already offering similar incentives. But the system is reliant on accurate measurements of SOC. Until now this has relied on farmers walking their fields, identifying key areas for testing, collecting samples, and sending them to laboratories, a time-consuming and expensive process.

ScanWorld, supported by the ESA Space Solutions’ Kick-Start programme, is hoping to make life easier for carbon farmers. In its recently concluded research project it worked closely with carbon farming experts to discover if hyperspectral imagery provided by satellites could improve the efficiency of the field-sampling process. Using the spectrum of light, hyperspectral imagery allows direct measurements of water and dry matter content in foliage, crucial for identifying the chemistry of vegetation and its surrounding land.

The company’s CEO Guerric de Crombrugghe says: “ScanWorld delivers Level 2 hyperspectral imagery, twice a week, for any point of the globe. This enables a wide range of applications including estimates of SOC, but also early disease alerts, and water and fertiliser management.” 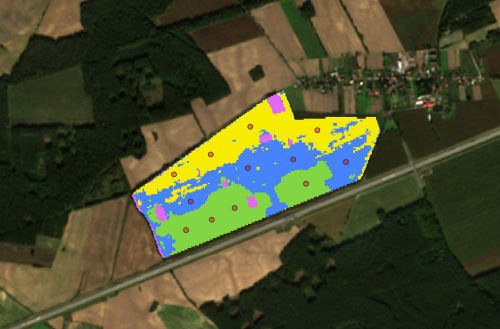 ScanWorld has entered into a collaboration with Australian company CarbonSync to produce computer models that can transform how carbon farmers work by providing local information on a global scale. The models bring simple and affordable tools to farmers and agronomists allowing informed decisions to be made locally, helping farmers identify areas on their land where sampling would be most beneficial, minimising the number they need to take, increasing efficiency and reducing costs.

“The breakthrough we are aiming for is to build models for each individual farm, a trove of information so that your decisions can be supported by data generated on your farm,” says CarbonSync’s CEO, Louise Edmonds. “Satellite-based imagery has been on our radar for a long time, but we have found it hard to bridge the gap between the data and the need for actionable insights for the farmers. ScanWorld’s team was a great partner to tackle this challenge.”

In addition to their work with agriculture, ScanWorld also supports other markets and activities including environmental monitoring, energy leak detection and mining.