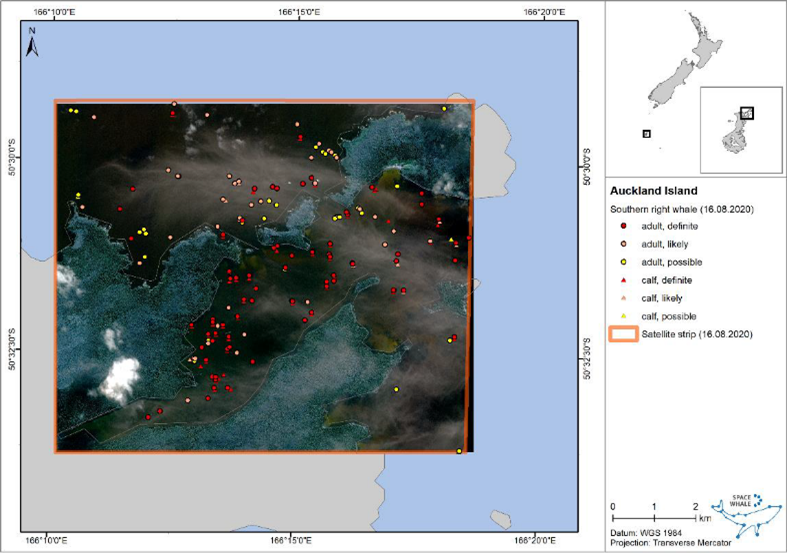 The twin threats of climate change and biodiversity crisis are changing the distribution and abundance of animal species around the world, and especially in remote oceans where marine mammals such as whales can be extremely hard to monitor. Now, thanks to an ESA Demonstration Project, the SPACEWHALE service can identify and count large marine mammals from satellite imagery using deep learning techniques, positioning it as a valuable tool for conservation efforts.

Whale species may include the largest animal ever known to have existed on Earth – the blue whale – but the vastness of the oceans makes them extremely hard to track, especially when using ships and aircraft that can only survey very small areas. Conversely, although satellites can provide images of much wider regions, even the largest whales are then relatively small, especially as they are mostly in the water when at the surface, unlike a ship.

German company BioConsult, with support from British company HiDef Aerial Surveying, decided to tackle this through the SPACEWHALE project, using artificial intelligence to identify whales in satellite imagery. The project was so successful that despite initially being aimed at identifying larger species of whales, such as fin whales, SPACEWHALE was able to identify whale calves, much smaller species, and even other wildlife species. SPACEWHALE is the first commercial programme to provide proof of concept for the automated detection of whales from satellite imagery.

SPACEWHALE was originally supported by ESA through a Kick-Start activity in 2018, which was followed by a Demonstration Project from September 2020 to June 2022. Information from a variety of data sources is used with deep learning algorithms to teach SPACEWHALE how to recognise whales in very high-resolution satellite imagery, and the results are then validated by expert reviewers. It has now been launched as a consultancy service using data from satellites including Maxar’s WorldView-2 and WorldView-3, and will also use Maxar’s WorldView Legion after it is launched in late 2022. “The Kick-Start activity was our proof of concept; we showed that whales can be counted in satellite imagery and detected using artificial intelligence. The subsequent Demonstration Project and financial support from ESA allowed us to conduct pilot studies, gain experience, improve our algorithm and develop SPACEWHALE into a market-ready service,” says Caroline Höschle, Ecologist at BioConsult-SH and SPACEWHALE project lead.

A range of organisations require surveys of cetaceans, including national and international agencies for conservation and marine management, NGOs, industries exploiting marine resources and research institutes. Satellite images will be particularly useful for providing them with information on the distribution and abundance of cetaceans in poorly surveyed areas. For some areas, the cost of a survey is simply too great. Surveying with satellite imagery also overcomes complications due to global politics and where restrictions on surveying activities are in place.

Eyes in the sky spy whales 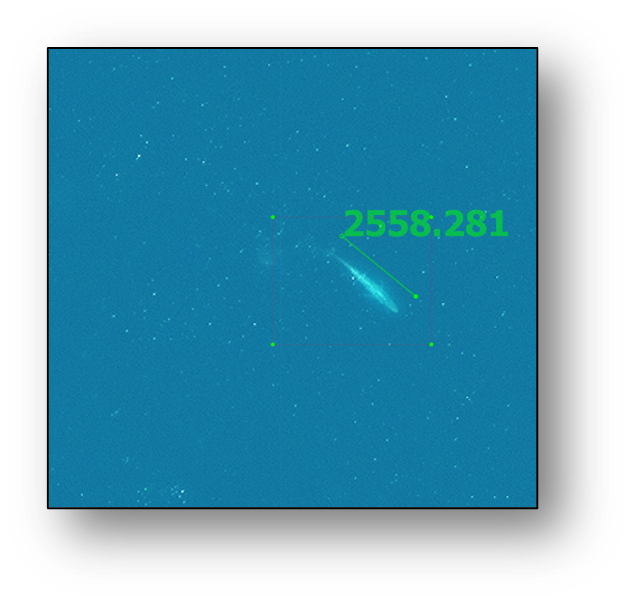 In the Pelagos sanctuary in the Mediterranean Sea, the AI-based method was proven to locate more whales from satellite imagery than traditional manual methods, and was also far faster, highlighting the feasibility of the SPACEWHALE service in terms of cost effectiveness and overall project delivery. This survey was carried out in partnership with the British Antarctic Survey and will help inform sanctuary conservation managers of the numbers of fin whales, which are a key species in the region.

Next, the SPACEWHALE team launched a survey in the Bay of Biscay to test in a ‘high seas’ environment. There they were able to identify unexpected species such as Cuvier’s beaked whale, which is much smaller than the typical target species (fin whale). This further highlighted how this approach could advance conservation efforts for other, more elusive species.

The team also worked with the Department of Conservation in New Zealand, where the Auckland islands have been identified as an important region for southern right whales. Historically, this species was nearly driven to extinction due to whaling activities, but in the last two decades they have been making a comeback in the Port Ross region. The SPACEWHALE team used archival optical imagery to identify mother/calf pairs.

“It’s amazing to see how this technology can not only advance our knowledge of the abundance and distribution of these large whales, but also their biology,” says Caroline Höschle.

“The SpaceWhale solution is testament to the fact that bringing satellite data together with disruptive technologies such as machine learning can enable altogether new and impressive capabilities, in this case a boon to marine biodiversity protection,” says Christopher Frost-Tesfaye, Business Applications Officer at ESA Space Solutions.

Finally, in Loreto Bay National Marine Park in Mexico, the SPACEWHALE team not only obtained clear images of blue whales but also a humpback whale raising its flipper in the air and the tail of a humpback whale about to dive.  “With our current algorithm, we can detect different whale species and other wildlife species in their various behavioural patterns. SPACEWHALE can thus be applied to all the world's oceans and fill knowledge gaps on the distribution and abundance of various species to answer key questions for the implementation of better conservation measures. The satellite methodology has the potential to lift conservation to a new spatial level,” says Caroline Höschle.

A brighter future for marine mammals

In June 2022, SPACEWHALE was named champion of the 2022 Deloitte Gravity Challenge for Whale and Dolphin Conservation. This will give the SPACEWHALE team the chance to increase its consultancy offering by expanding the existing data set and helping clients to better understand the threats to large marine mammals in the open ocean.