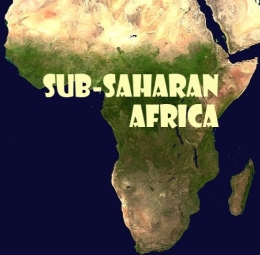 One of the most serious threats to human life in sub-Saharan Africa is not war or famine, but the spread of communicable diseases, such as HIV/AIDS, tuberculosis and malaria. ESA is launching a project that employs satellites to mitigate these problems.

The rampant spread of these communicable diseases is unfortunately killing large numbers across sub-Saharan Africa, and a serious crisis is facing the health workforces across this region. There is a dearth of trained workers, especially in the vast remote regions that are difficult to access and where it is im-practical for those in need to access medical care. The situation is further exacerbated by the lack of telecommunications infrastructure, whether by landline or via mobile networks.

Satellite services are proving to be a very useful means to ameliorate these problems. Remote training of local health workers and tele-diagnosis provided by distant expert centres can be a major step to-wards bringing this dire situation under control. These were the essence of the recommendations of the eHealth Task Force for Africa (ETFA . formerly known as the .Telemedicine Task Force - TTF), which was a collaborative team made up of European organisations, African stakeholders and the World Health Organization (WHO).

Now, the European Space Agency is putting into action the first steps towards implementing the rec-ommendations of the task force, with the launch of a demonstration project. This project will test and validate the functionality of satellite-based health services, and demonstrate its interoperability with terrestrial-based services. The approach involves health worker training and clinical services in se-lected underserved areas, where the interoperability of the systems can be demonstrated.