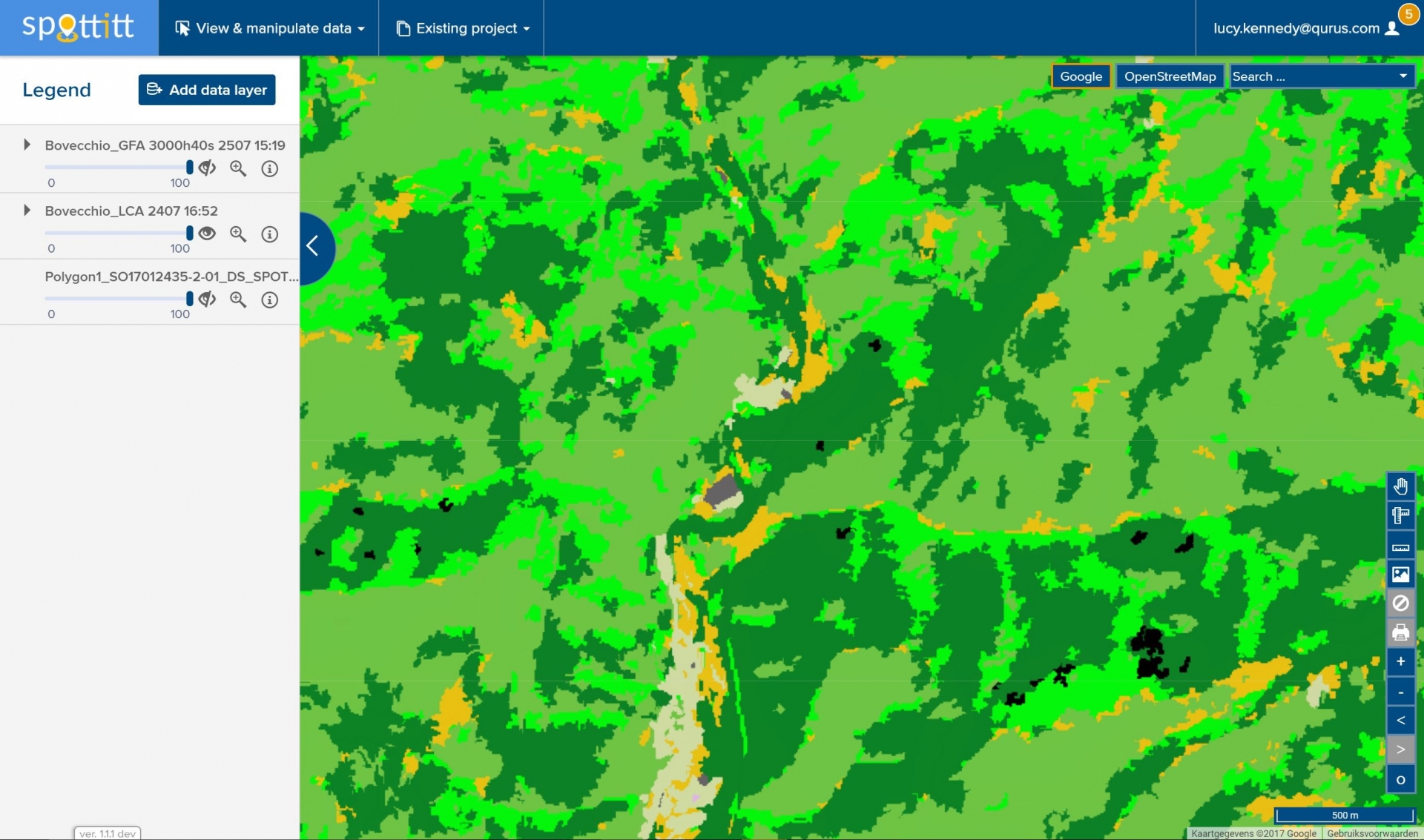 Spottitt, a start-up based in Harwell, UK, is rolling out a new service designed to give the wind-power industry a running start in the arduous process of screening and selecting suitable greenfield sites for situating onshore wind farms.

The Spottitt service has been designed to be a one-stop online portal, where users can access recent, high-resolution Earth Observation and other data for regions of interest anywhere in the world.

From the portal, users can perform automated land cover, rooftop recognition, greenfield, and

0.4m to 15m in resolution, with digital elevation data, road and rail maps, as well as environmental restrictions. 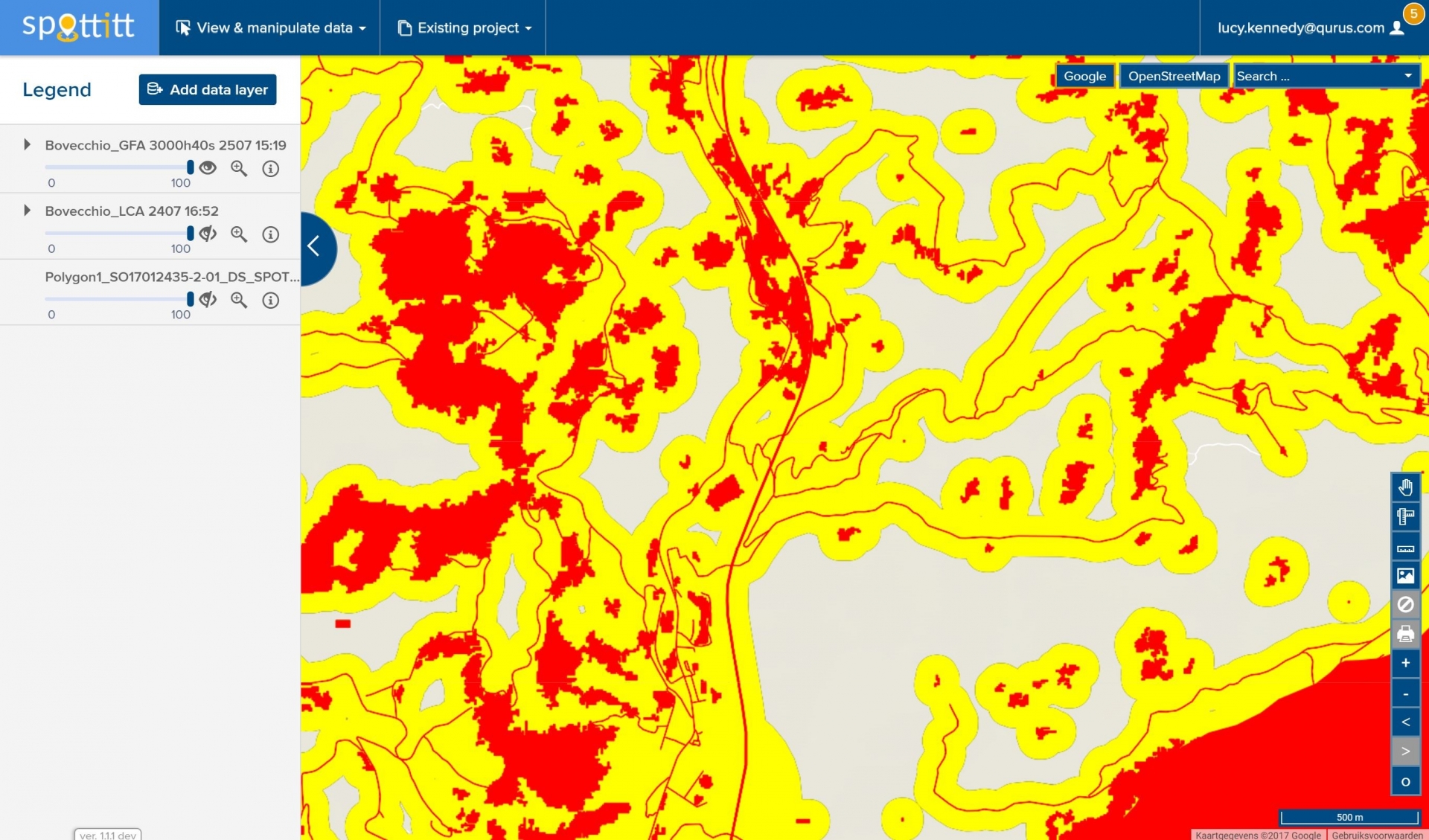 “The system is currently 70-80% accurate in its estimations which is in line with the requirement of the user community,”

says Lucy Kennedy, Spottitt co-founder and Chief Operating Officer. “With our automated pre-selection process, users can save an enormous amount of time and expense by not needing to visit all potential sites in person.”

In 2015, the Spottitt consortium undertook a Feasibility Study with the support of ESA Business Applications (formerly Integrated Applications). Based on the research and surveys the team conducted with actual developers, they determined that for every 100 megawatts installed capacity an estimated €600,000 was spent on site selection. Realising that developers were using data from out-of-date maps and physical site surveys, Spottitt came up with the concept for a service based on Earth Observation data.

The positive outcome of the Feasibility Study resulted in a ESA Business Applications Demonstration Project, which started in September 2016. An initial group of eight pilot users, including national energy producers in Spain and Portugal and four onshore wind developers, started using the system for free for a five-month period which ended in December 2017. The commercial service was “soft-launched” in September 2017 for several more potential customers, with official introduction of the service planned for early 2018.

“The biggest challenge for us was automating the satellite imagery purchasing and analysis processes,” says Lucy Kennedy. “Our choice of data suppliers was limited by those that could provide us with APIs for seamless data search and purchase, so that in fact we are often one of the first adopters of newly developed supplier APIs. Once we had the required data, we then had to automate all the data pre-processing and analysis steps and validate that Spottitt works on data from any location in the world. 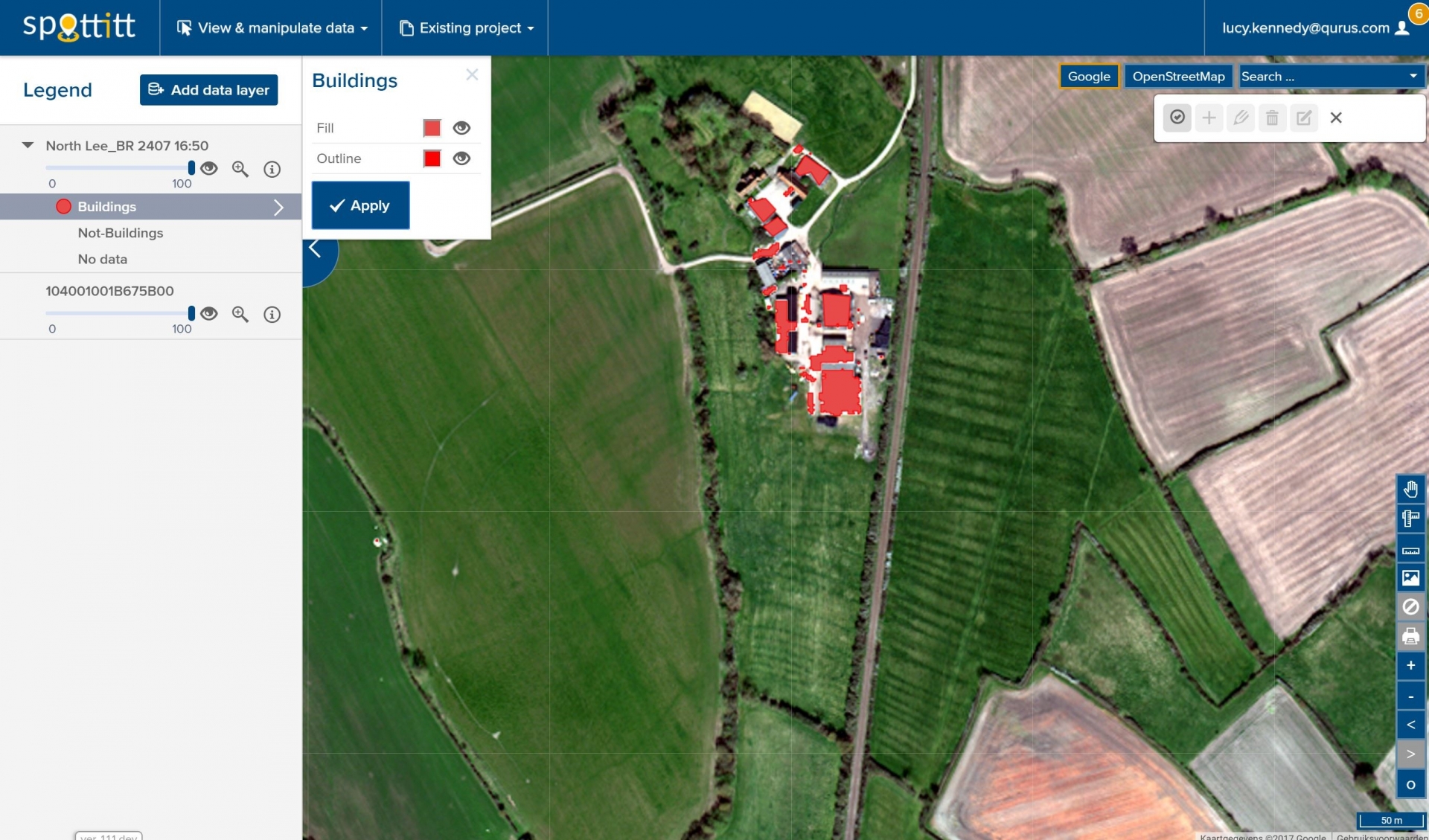 “We have solved a number of problems along the way, and although there is plenty of work ahead we do have a fully automated process that works seamlessly,” Kennedy continues. “ESA’s support has given credibility to a service idea which is radically different from how onshore wind developers currently search for suitable sites.”

The Spottitt system currently uses Landsat-8 Earth Observation data, but it will shortly be upgraded to use Copernicus Sentinel-2 data as well.

While Spottitt has initially focused on site selection for wind power, the company is already working on a similar service for the solar power industry.