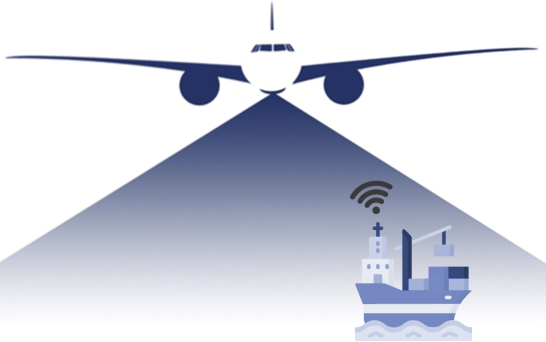 AIS (Automatic Identification System) is a system that transmits a ship’s position, to avoid collisions. This data is also widely used to create a maritime awareness picture, using this data to, for example, predict when a vessel is due to arrive in port.

By mounting AIS receivers on commercial aircraft as part of the ORCA (Optical and RF Constellations on Aircraft) concept, ORCA may produce data that complements existing satellite and terrestrial sources, significantly improving data availability in the AIS data gaps/white spots.

ACABAS is the first step in assessing the platform’s suitability for communication-related applications, such as AIS data collection. The project involves SkyfloX (Prime) and Luxspace (subcontractor). SkyfloX brings to the table the ORCA development know-how, in-house expertise related to the aviation assessments and the ability to perform coverage assessments. LuxSpace brings to the table expertise in AIS payload design and manufacturing, as well as downstream service experience with a wide network of AIS services end-users. Together, the team is able to assess the potential feasibility of this service rapidly and thoroughly.

There exist significant AIS data gaps, so called “white spots”, in the global AIS coverage, particularly in high shipping density areas, due to Satellite AIS receiver constraints (receiver saturation, message collision, interferences, etc.), and areas where no terrestrial AIS antenna can be installed. Concerned (unserved) areas are for example the North Sea, Baltic Sea, Bay of Biscay or Mediterranean Sea and others (see image below). The lack of position reports/AIS based vessel tracking capabilities in these areas cause gaps in ship tracking data information, create an incomplete maritime awareness picture and/or impacts the quality of derived information such as the Estimated Time of Arrival (ETA) for vessels.

Customer complaints about lack of service in specific areas are common and there is a considerable demand in an improved AIS coverage. 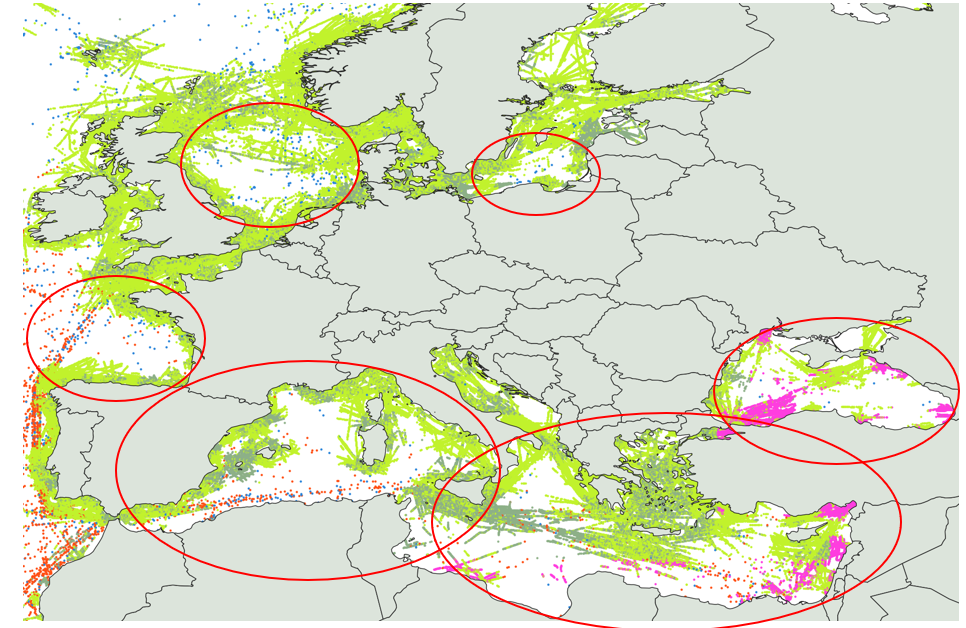 An airborne AIS data source enabled through the ORCA concept is not, or is less affected from the typical AIS coverage constraints, and therefore could improve significantly current AIS data/service quality.

An outline scheme of the AIS service provision architecture addressed in this activity is shown in the figure below. A number of commercial aircraft are equipped with ORCA Payloads (capturing data), which are transmitted via satellite or terrestrial connectivity to a cloud facility for storage, processing, and distribution to the End Users.

The ORCA system uses GNSS and Satellite Communications services, as well as AIS technologies. ORCA uses/complements/enhances space-based AIS data and coverage. The added value is that of higher temporal resolution for areas that currently have data gaps.

SkyfloX and Luxspace have assessed in detail the critical aspects of an AIS data provision service using commercial airlines: technical, commercial, and regulatory aspects. There are no major issues that prevent this concept from technical/certification standpoints, nor from the regulatory aspect. Discussions with a major AIS data provider have indicated a clear interest from potential end-users, however the realisable revenues as currently foreseen do not outweigh the costs associated with the system for it to be deployed as a stand-alone payload on airliners. Instead, it is proposed to deploy the AIS payload as an add-on to a different type of payload (such as an EO sensor suite) to share the fixed costs involved with the development and operations of this system.

All project objectives have been successfully realised and the next steps in the development of such a service, as described above, shall go in tandem with the development of other ORCA applications – specifically that of Earth Observation.