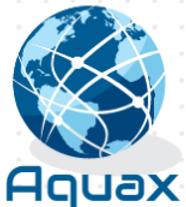 Aquax is intended for monitoring and identifying anomalous or illegal wastewaters or discharges within lakes, rivers and reservoirs. It is based on AI integration and elaboration of Big Data, that are collected by robots and EO satellites.

In recent years, more and more lakes, rivers and basins have been polluted by illegal drains, generating potentially dangerous situations for humans and the environment. Aquax is aimed to be deployed in any environment where there is need of identification of water-soluble organic polluting substances. Sensors’ choice depends on the physical parameter Aquax is going to investigate, and it is defined at any mission time by time.

Users and customers for Aquax are primarily constituted by companies and entities involved in water management or environmental monitoring (especially in countries with significant water waste issues), such as:

Aquax architecture includes autonomous complex robots carrying specific sensors, submersible buoys, edge computers and satellites. Deployed robots are marine, aerial, land and submarine. All robots can communicate with each other and share information gathered by any of their sensors. Data are then passed to an edge computer: an originally designed Artificial Intelligence on-board any of the robots, which does a first sort, deleting corrupted data, asking for new acquisitions where they are missing and integrating data in purged small datasets that can be quickly sent to a central unit without delay or too much effort in terms of time and bandwidth. All robots are equipped with a companion computer, used for edge computation (neural networks and data reduction). They represent robotics’ system core and they have the ability to reduce data amount to be transmitted. This makes robots deployable also in remote areas for which the only possible communication is via satellite.

The central unit is an AI itself which coordinates and analyses all the data coming from the different devices; AI Central Unit coordinate the robots, guide them through the mission steps that involve more than one robot at the same time and do the analysis in real-time or store the data for future use.

Artificial Intelligences improve their analysis capabilities as long as they examine new data: learning experience is a fundamental feature of Aquax architecture.

Aquax is based on the concept of layered data analysis: from satellites, to robots, to AI, every level has its own data analysis path, that leads to the further level and optimizes performances. In this architecture, every robot shares the same layer, i.e. base hardware and software. In this way, the whole system can exchange data and communicate in real-time and offer an instant access and comprehension to every aspect of analysis development.

Galileo is used for robot navigation and sensor data geo-referencing.

Iridium is used for tele-command, control, and communication of robots over long distances.

Aquax project and related technologies are already designed, and some of them are already developed (TRL 6/7). H4R has also realised a first application example in collaboration with Acqualatina, to identify the presence of any anomalous discharges (of organic pollutant type) on the Paola lake in Sabaudia, Italy. An integrated robotic system consisting of aerial and water robots has been used, to carry out an in-depth environmental analysis. In a longer term vision project, H4R aims to create a network of underwater, surface and aerial robots that, strategically positioned and spread throughout the territory of reference, are able to constantly monitor large portions of lakes and natural parks. 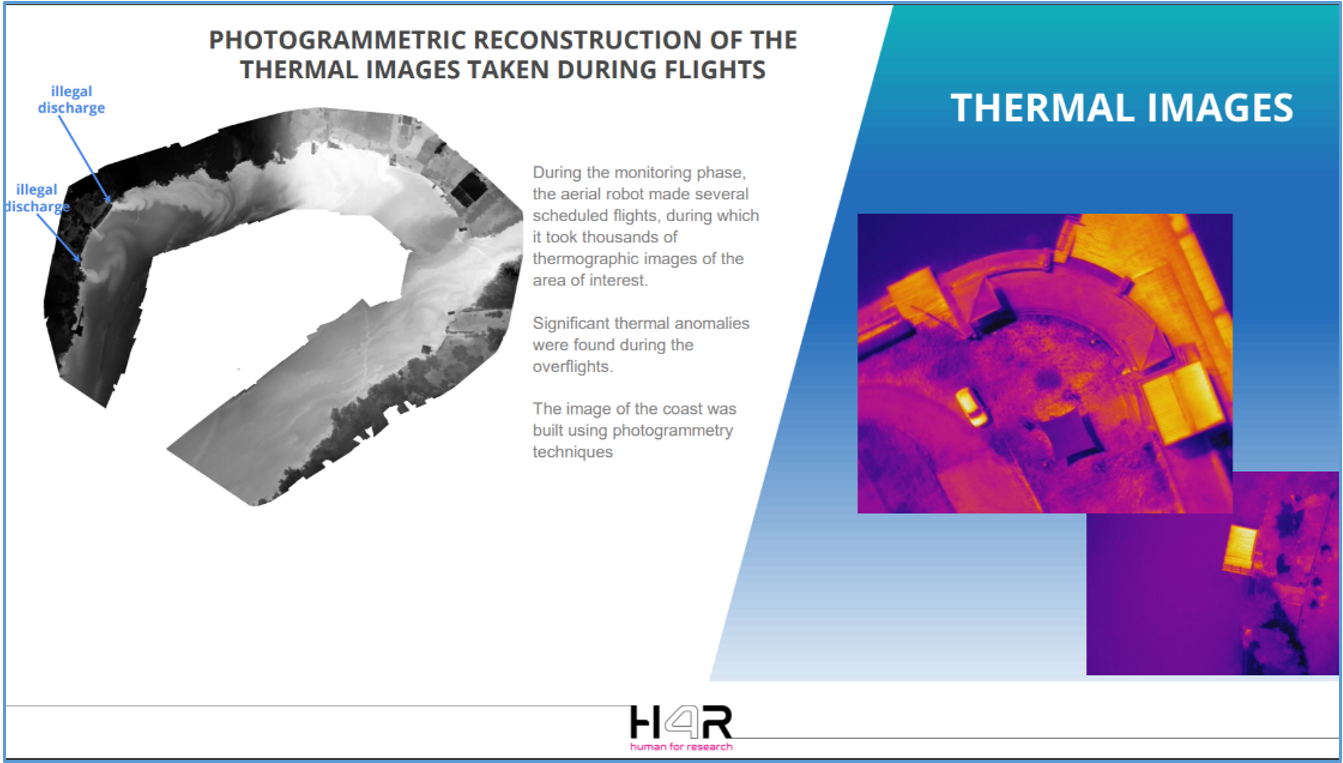 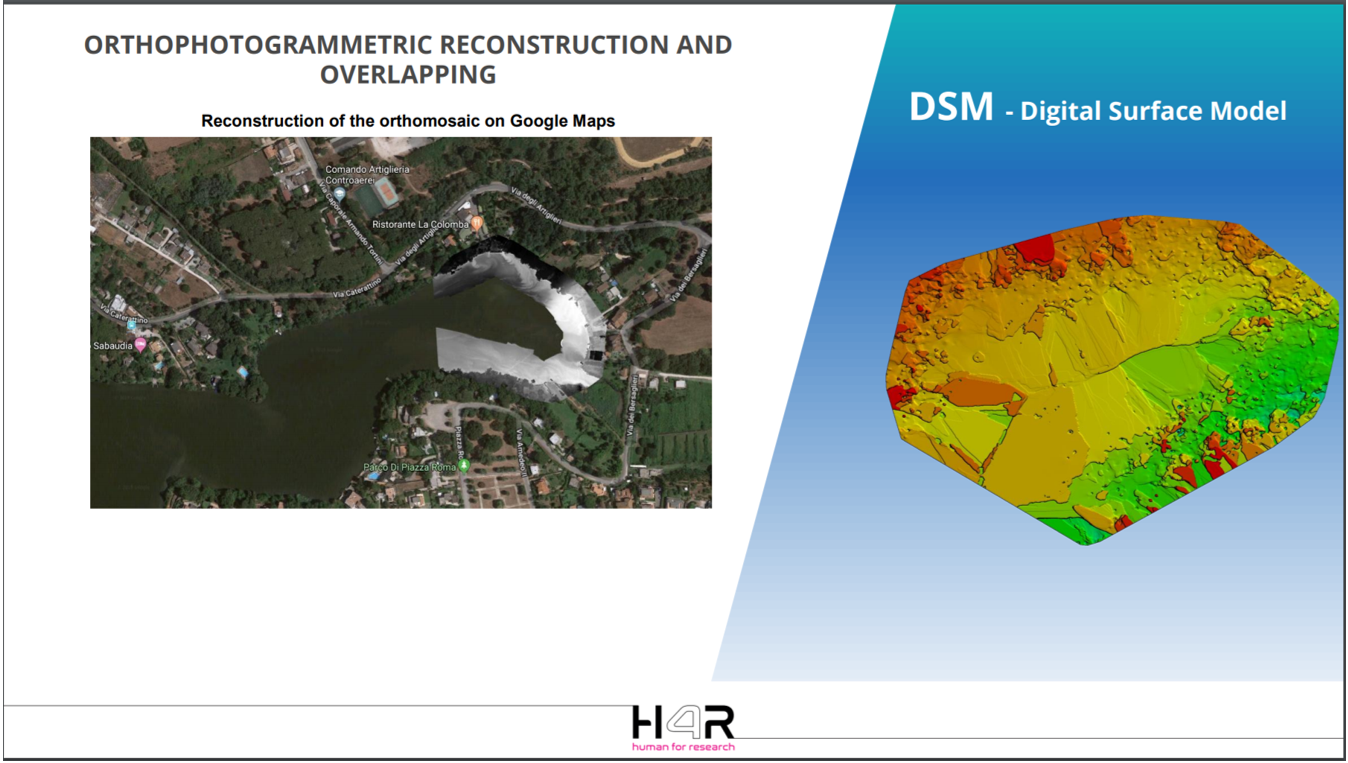 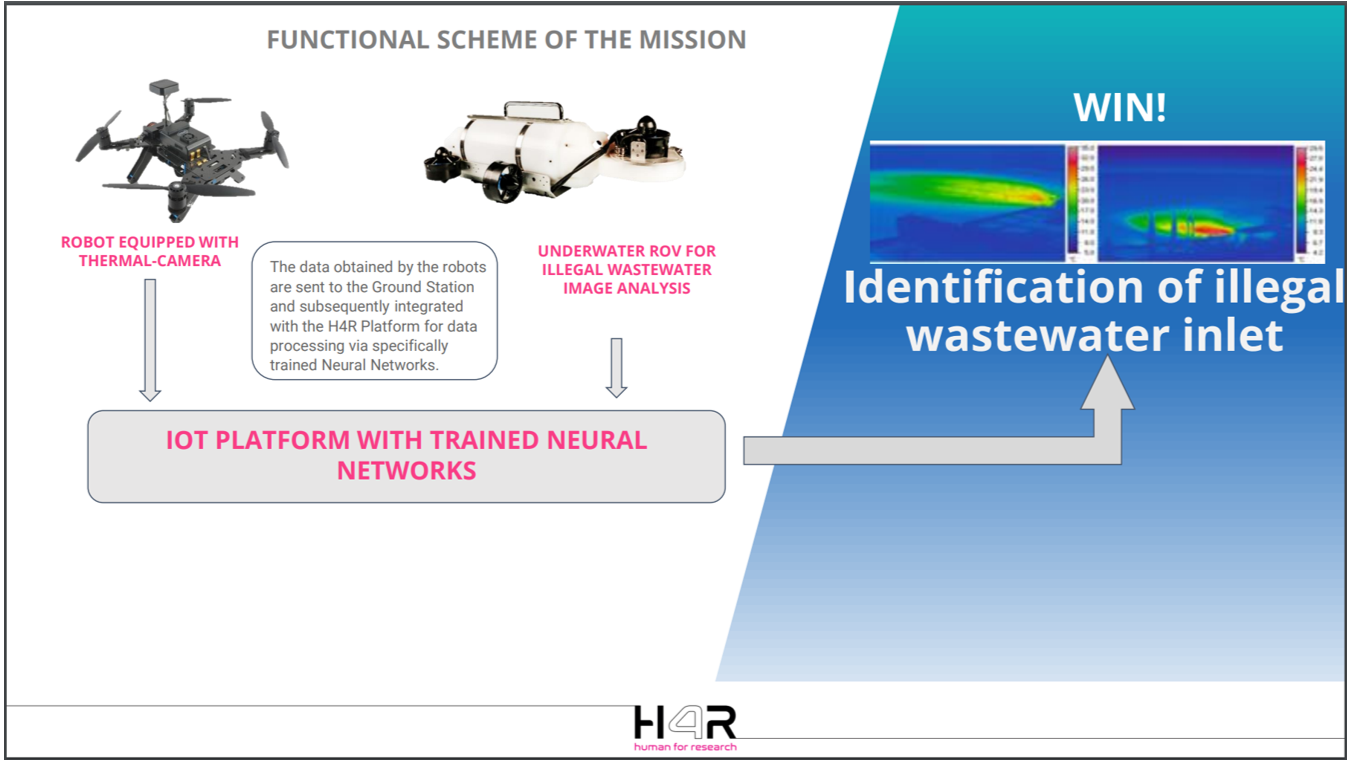