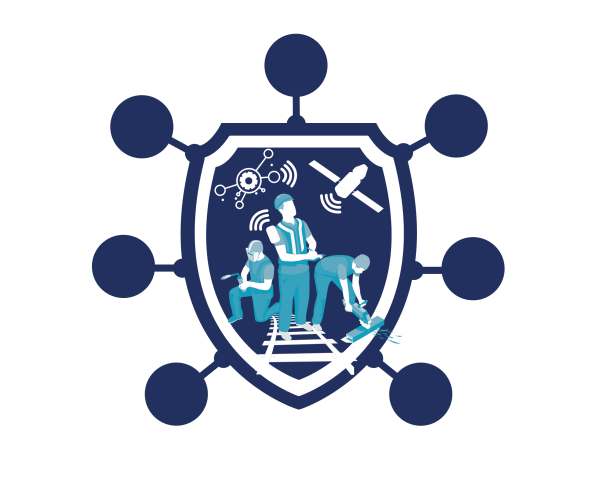 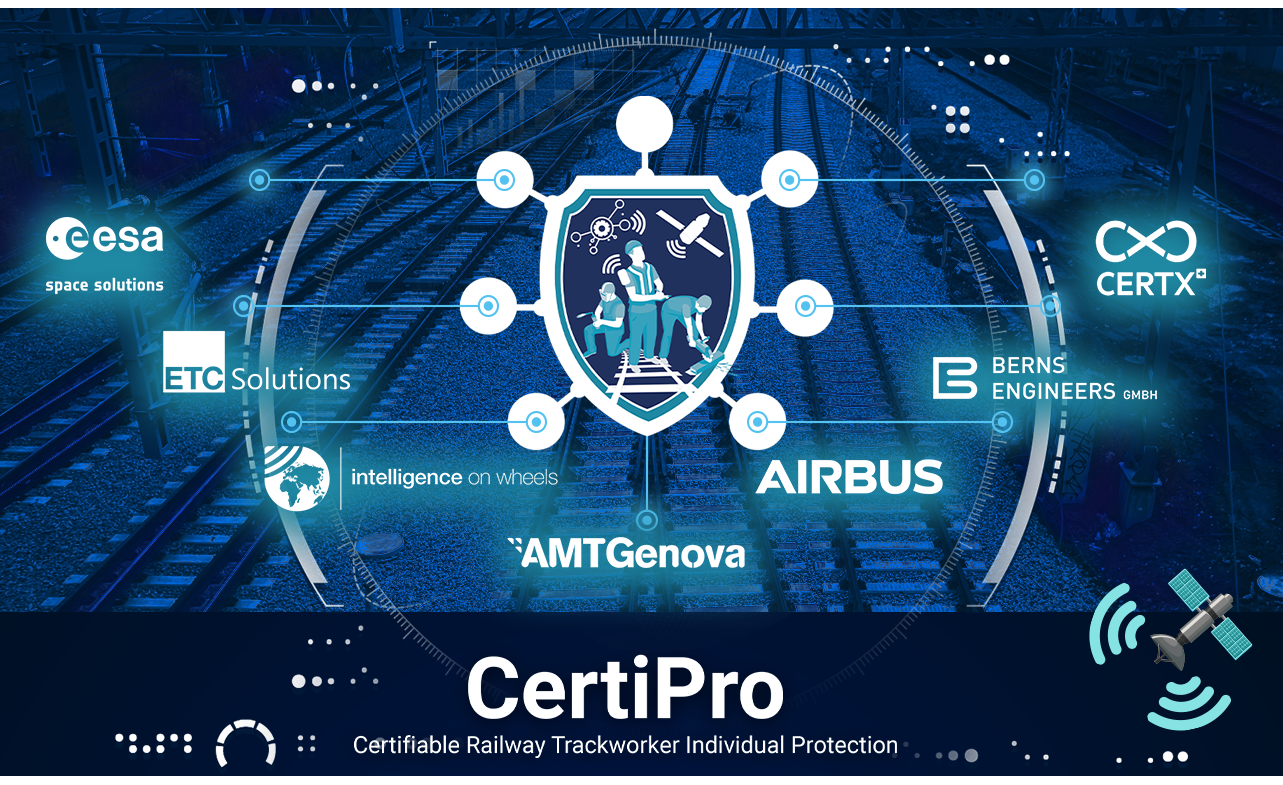 Intelligence on Wheels’ Railway Track Worker Protection (TWP) addresses the problem that way too many track workers and other railway staff are still affected by being hit or struck by rail vehicles in motion, despite all the trackside collective warning systems and other safety measures in place. To the present day, most railway undertakings use these collective warning systems and require closure of complete sections of track when maintenance work is executed. The solution by Intelligence on Wheels aims at an individualized personal warning equipment system for every track worker that furthermore is providing dynamic warnings if trains are approaching the work site.

The primary targeted customer segments are small and medium sized railway operators operating up to a few hundred kilometres of railway tracks and up to a few 10 of trains. These customers can be found all over the world. Since the demonstrated system does not rely on any restricted local communication or signalling infrastructure, those all form the target customers. But also larger national railway infrastructure and train operators would benefit from the product. The accident statistics vary from country to country due to a number of reasons, but in general terms the problem of being struck by trains does exist in any country.

Challenges for the project to meet these needs:

The main innovative aspect of the proposed system is the independence of the system from anything in the infrastructure. The devices can interact directly, meaning there are no base-stations involved. The TWP solution provided by Intelligence on Wheels is the only known application that is able to use peer-to-peer communication with trains in a range that allows complete stops of even long freight trains. However, the system is not limited to this peer-to-peer communication but presents the possibility to additionally use information coming from infrastructure facilities to detect approaching trains in areas with mobile network coverage.

System architecture on a high level:

Despite of lookout protection flagmen and automatic staff warning systems, accidents involving track workers still lead to high numbers of casualties. Our response to the permanent danger that track workers are exposed to by moving trains, is the award-winning application Track Worker Protection. It alerts track workers using sounds, visuals and vibration, whenever a train equipped with TrainCAS is approaching, so that they have enough time to safely leave the tracks. The application can be connected to the control centre of the infrastructure operator, using its information about the movement of nearby trains as well.

The application runs on a customary smartphone or, particularly advantageous, on a hybrid device. The latter comprises a GSM/UMTS/LTE unit as well as a TETRA radio. Via TETRA, the application can communicate directly and with minimum delay with the trains in its surroundings – reliably and without the need for any base station. The hybrid device is particularly advisable when track workers have to work in areas of poor mobile network coverage. 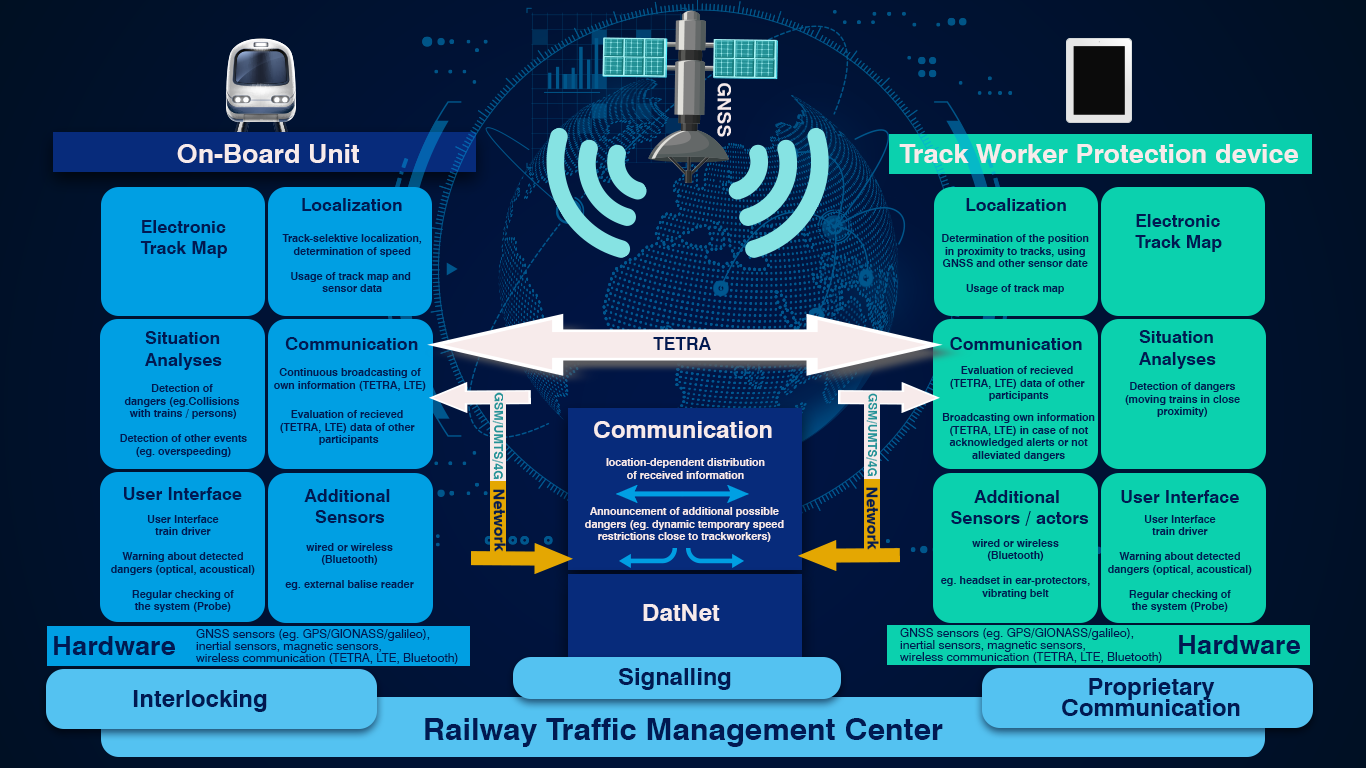 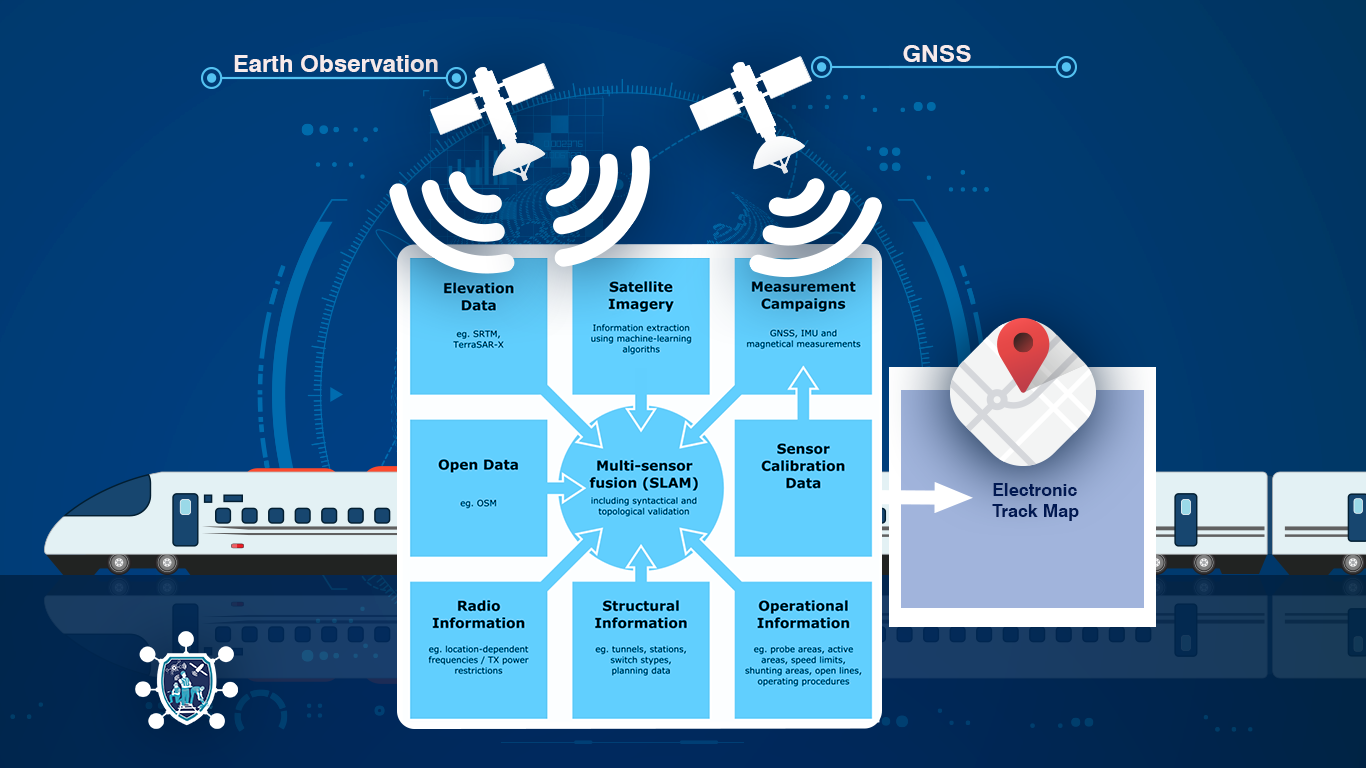 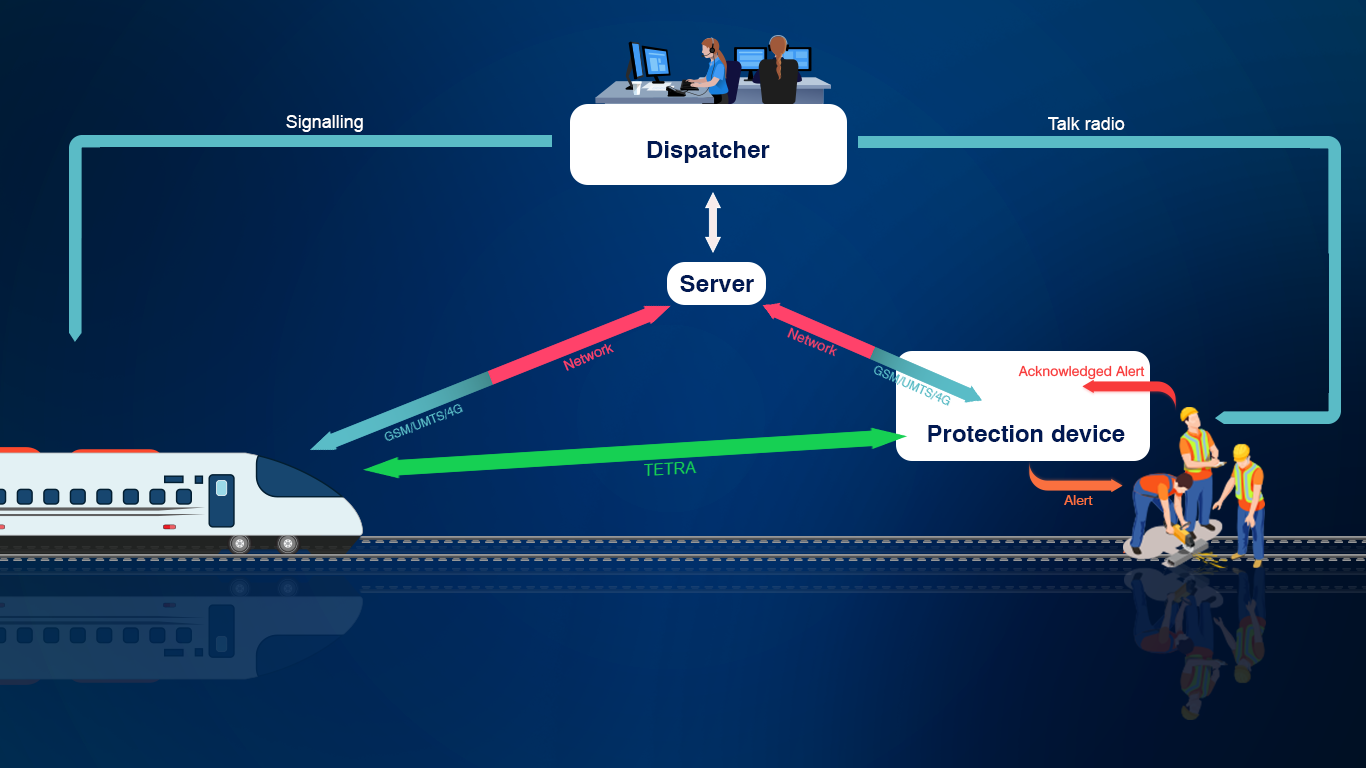 The project is supposed to demonstrate that space technologies can contribute significantly to safety (cf. the use of GNSS to ensure train integrity as part of ERTMS, see ESA AO/1-9212/18/UK/ND) by locating and tracking trains and track workers reliably and with a sufficient precision to predict collisions and also to increase operational and thus the economic benefits of the railway undertakings. At the origin of the development towards TWP and the TrainCAS by Intelligence on Wheels stood the RCAS technology developed at the German Aerospace Center (DLR). The train collision avoidance system originates from the usage of space technology by the means of sensor methods from robotics missions, data from GNSS and Earth observation.

The consortium members have used the first half of 2022 for a major redesign of the system implementation according to the standards EN50128/9 in order to optimize the complexity handling and verifiability. Further, software review and test campaigns have been conducted to ensure that identified safety requirements are validated for certification with the target Safety Integrity Level (SIL). The documentation of the factory acceptance tests (FAT) is under finalization in order to be submitted for a formal review by ESA. The current time plan foresees the formal site acceptance tests (SAT) to be conducted at the beginning of July, followed by a demonstration event which is planned in Genova at the end of September for which interested stakeholders and potential customers will be invited. 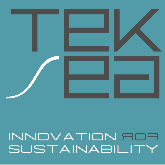