The service offered based on the developed technology is a low-cost and open system for data transfer between underwater networks and the Internet. The main contribution will be a ready-to-use buoy relay system that is capable to route data from satellite networks to underwater nodes and vice versa. There are three reasons why this system may be considered by potential customers instead of technological alternatives:

1. It represents a ready-to-use solution for data transfer out of one hand.

2. Costs are reduced due to the usage of COTS components as well as open standards plus open source software.

3. Simple and straightforward configuration is allowed due to an auto-discovery approach and dynamic integration of underwater nodes into the routing algorithm. 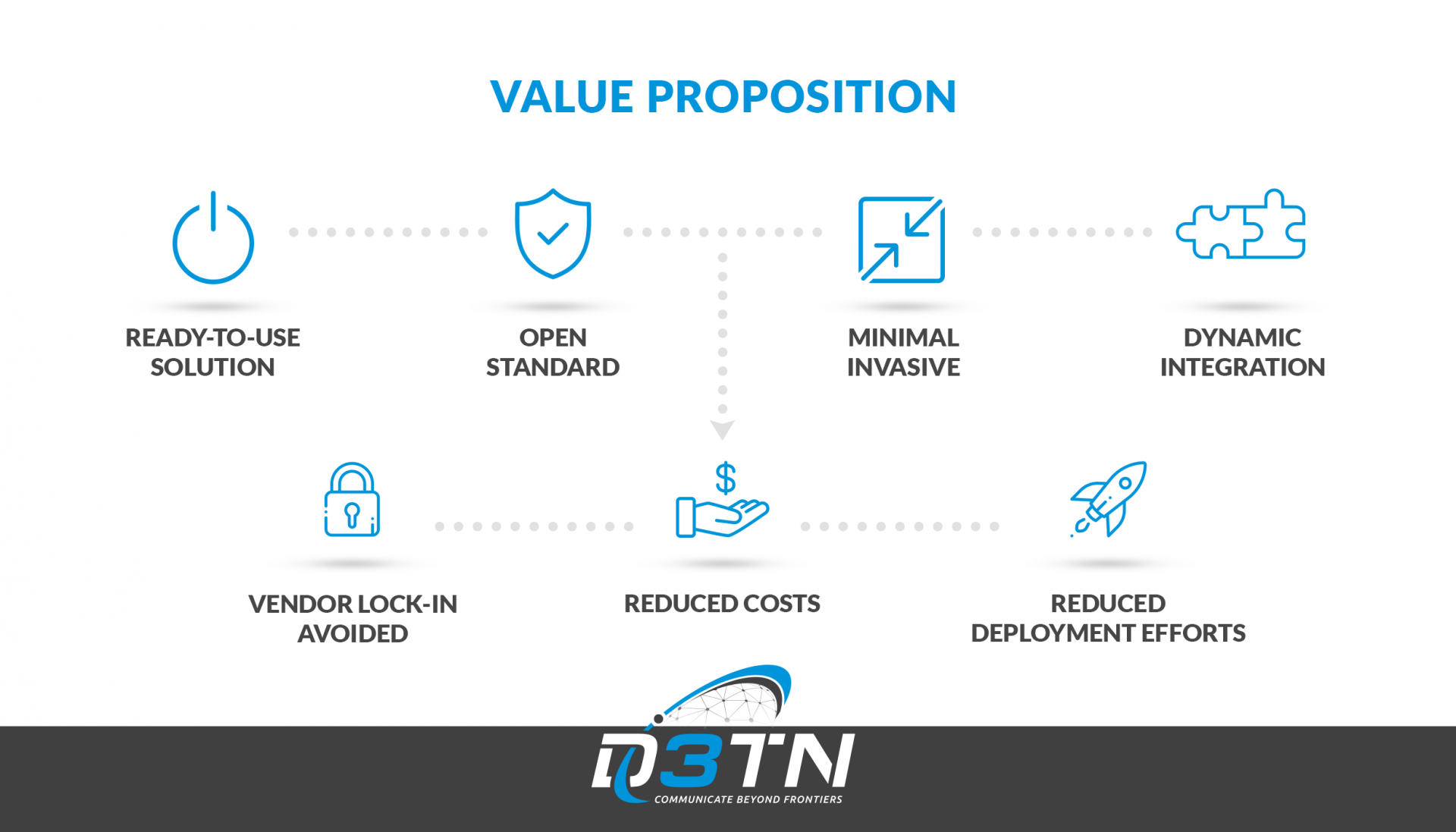 Currently, potential customers leverage different forms of proprietary, individually designed wired or wireless communication systems for transmitting data from underwater networks to the Internet. On one hand, the core drawbacks of the state-of-the-art wired systems is their huge inflexibility as well as the lacking possibility for deploying larger underwater network structures. On the other hand, specialized wireless approaches are very cost-intensive and only offer communication among directly-reachable communication nodes. Transitive communication even via dynamically added nodes is not supported.

The intended system addresses these issues and will satisfy the following needs:

In sum, the associated needs are the same as the ones fulfilled in the case of regular networking technologies present in today’s IT infrastructures. Similar ideas are transferred to underwater network infrastructures.

Customer segments are present in a wide range of industries requiring data transfer between underwater systems and the Internet, e.g.:

- Every country with coastal lines and/ or operating in maritime areas.

The core component is a software executed on a generic relay node, This node is formed by a mobile buoy having an underwater interface as well as a transceiver for satellite communication. The overall system  consist of the necessary software and hardware for aggregating data from underwater sensor networks, buffering them until a satellite is in sight, and transmitting the data to the satellite which finally ensures forwarding to the Internet.
The software operated on the relay node consists of four components: 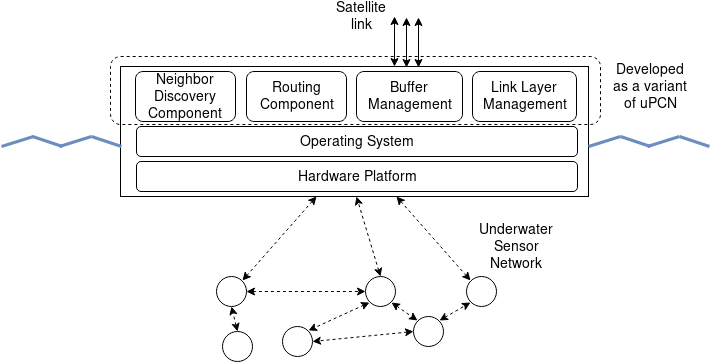 A straightforward approach to transport data from the relay buoy to the Internet is the use of a commercial satellite network such as Iridium. The overall system design takes this established variant of data transmission into account.

Additionally, it is intended to demonstrate the transport of data from the relay buoy to the Internet via LEO satellites. In this context two options exist:

The second approach may sound impractical due to long end-to-end delays. However, the huge advantage of this approach is its cost-efficiency. As e.g. stated by the so-called Ring Road concept low-cost LEO satellites such as CubeSats may be used to establish a world-wide communication network with heavily reduced investment costs and the possibility for incremental deployment.

e project has been finalized on July 31, 2019. Until this point in time, an overall technical feasibility study has been conducted and a sound business plan has been elaborated.

One of the project’s goals has been to gather requirements from potential users of the proposed system. For this purpose, a market analysis has been conducted to identify parties interested commercially in the overall approach. The identified parties have been contacted to get more detailed information about their requirements and to discuss with them the current state of the project. These requirements have formed an essential fundament for the technical solution.

The developed buoy system has been tested in the context of a feasibility study in July 2019. During this field-test, the buoy and prototypically developed sensor nodes delivering pH, pressure and temperature values have been deployed in a lake close to Dresden (Germany).

The used underwater sensors have transmitted blocks of data containing the sensor readings in fixed amounts of time to the buoy using acoustic modems. This data was bundled at the buoy node and forwarded to a satellite using an Inmarsat terminal and from there to a monitoring system operated in the Internet. This process has been observed for two hours to test the stability of the automated data transmission. Even under movement with up to 2,3 knots and with noise being present from the engine of the used boat, the transmission has been stable: data was received at the remote end all the time. The field-test has confirmed the overall applicability of the developed technical solution.