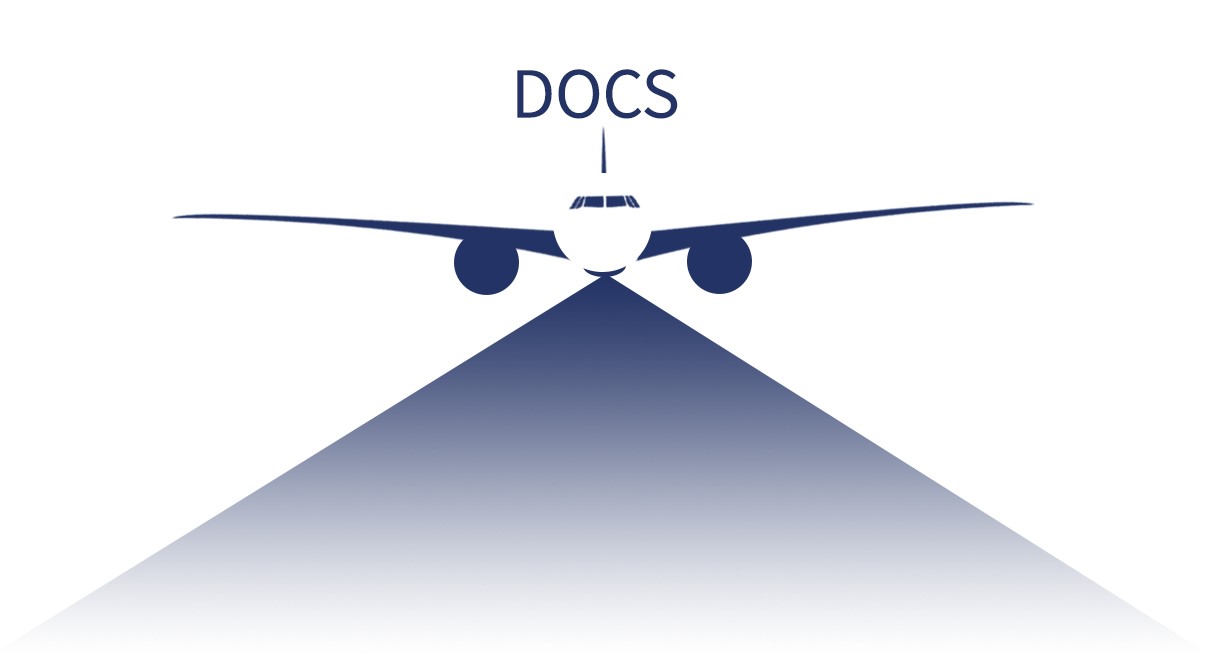 ORCA stands for ‘Optical and RF Constellation on Aircraft’: it proposes to use Commercial Aircraft as a ‘Platform’ to carry small equipment mounted on the aircraft; several equipped aircraft form a ‘constellation’ which may support several Earth Observation and Telecommunication services.
The equipment will be EASA certified, will not interfere with regular aircraft operations, and will be operated by the ORCA operator (thus, no intervention is required by the pilot or aviation operator).

The use of existing aerial infrastructure avoids high launch costs, and furthermore does not create space debris.
In DOCS the pipeline and infrastructure monitoring services are addressed, as a challenging application to define the capabilities of ORCA. ORCA is addressed in the DOCS project from the technical, business and legal points of view.
A wide range of EO and Telecommunication services could also be supported by an ORCA constellation, for applications in areas as diverse as Forestry, Oil & Gas, Asset Management, Smart cities, Competitive Intelligence/Analytics, News and Media, Financial trading, Agriculture, Internet of Things, M2M, AIS (maritime applications), etc. The coverage potential of a single fleet (such as the TUI Group fleet) is significant, as can be seen below. 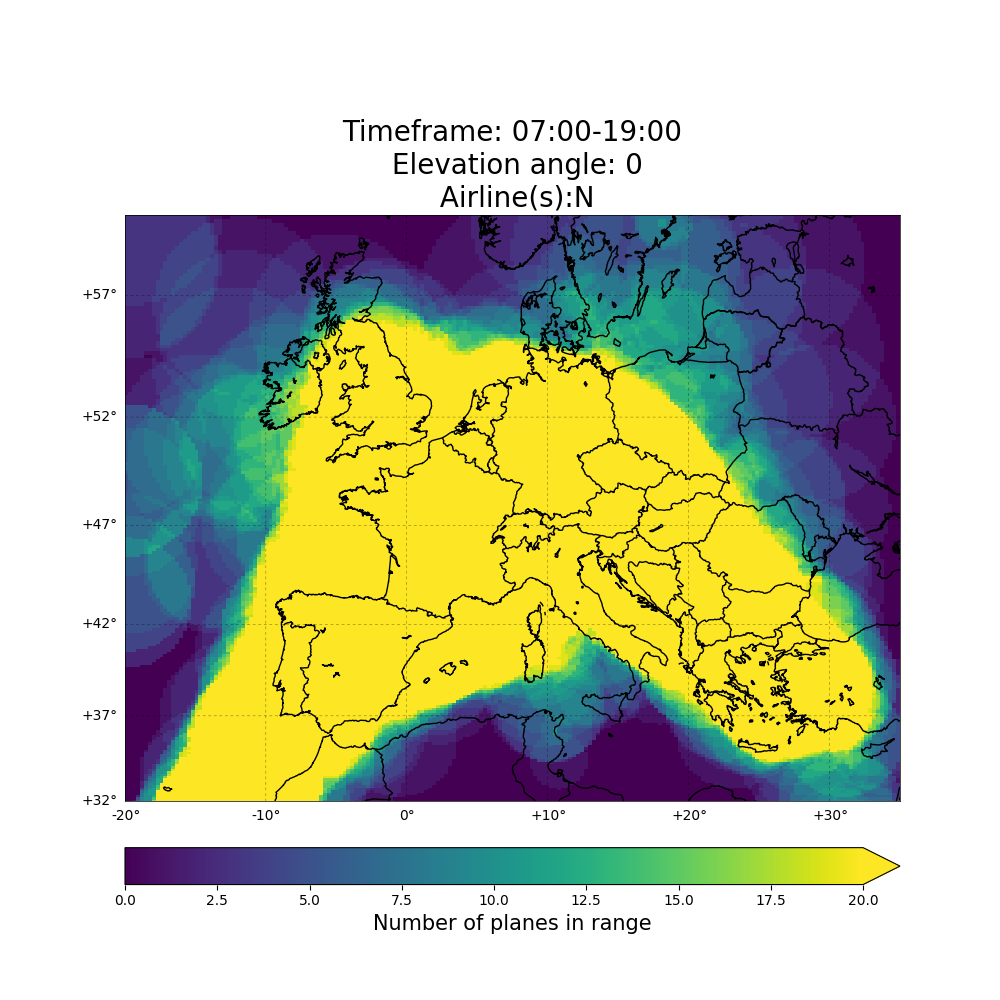 Coverage simulation with TUI Group Fleet for connectivity applications. The yellow area is revisited >20x per day.
This new platform/constellation concept, may even create new markets, not possible with existing systems such as, for example, forest fires or infrastructure monitoring which require absolute real-time information.
Furthermore, the combination of thermal and optical capabilities of the ORCA payload produces products that are unique from a single platform, such as shown below (a fused digital surface model created from DOCS test flight data, showing thermal and vector-based information overlaid on a Google base map). 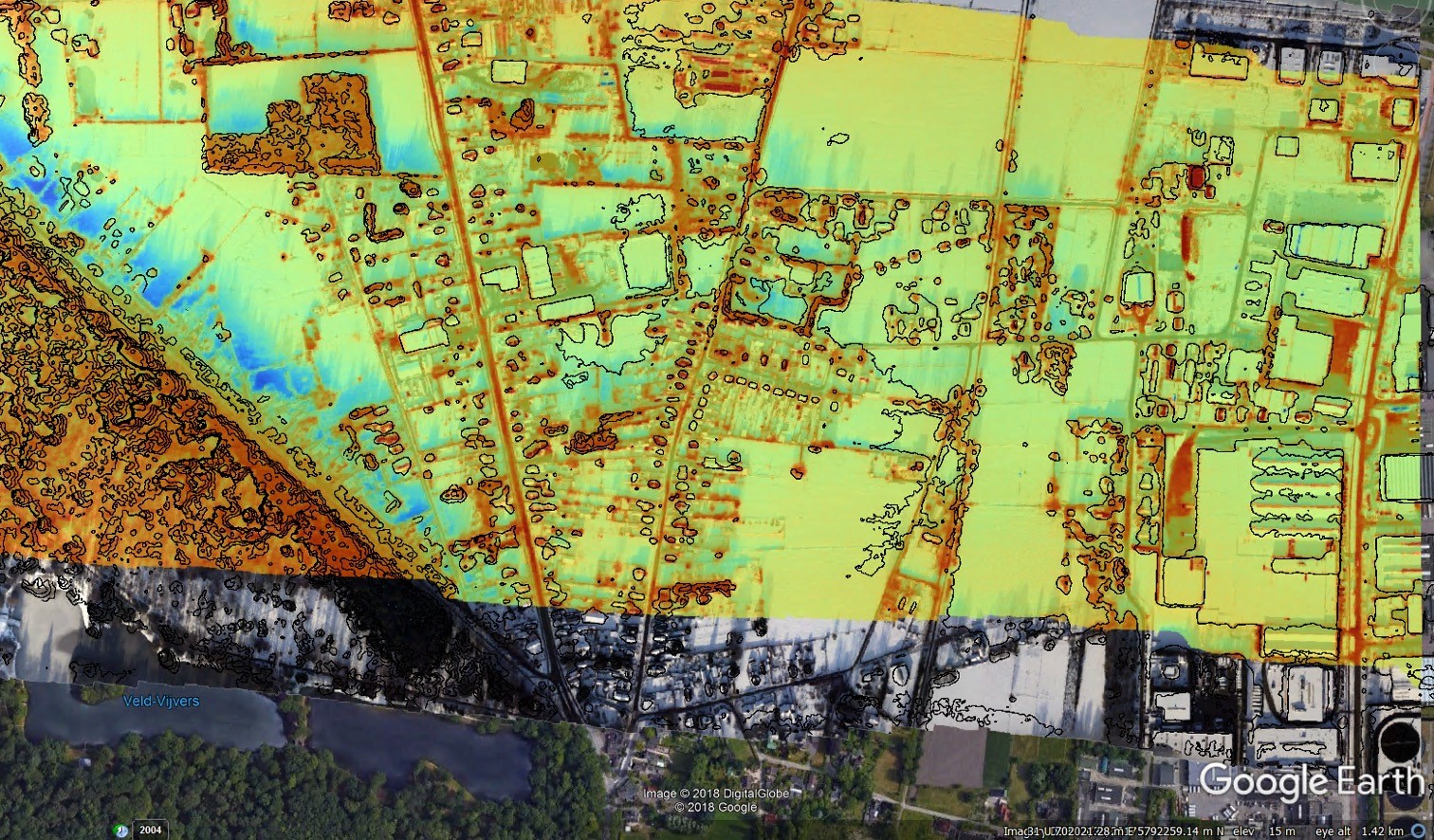 ORCA is a most ecological constellation re-using the most reliable platform, making high quality data available to all, fueling pioneering developments.

An outline scheme of the service provision architecture addressed in this activity is shown in the figure below. A number of commercial aircraft are equipped with ORCA Payloads (capturing data), which are transmitted via satellite or terrestrial connectivity to a cloud facility for storage, processing, and distribution to the End Users.
Initial simulations show the potential of high resolution (meter class) optical imaging, covering entire countries multiple times per day. COTS equipment is used for the payload, which may be accessible regularly for maintenance and/or upgrade/replacement. 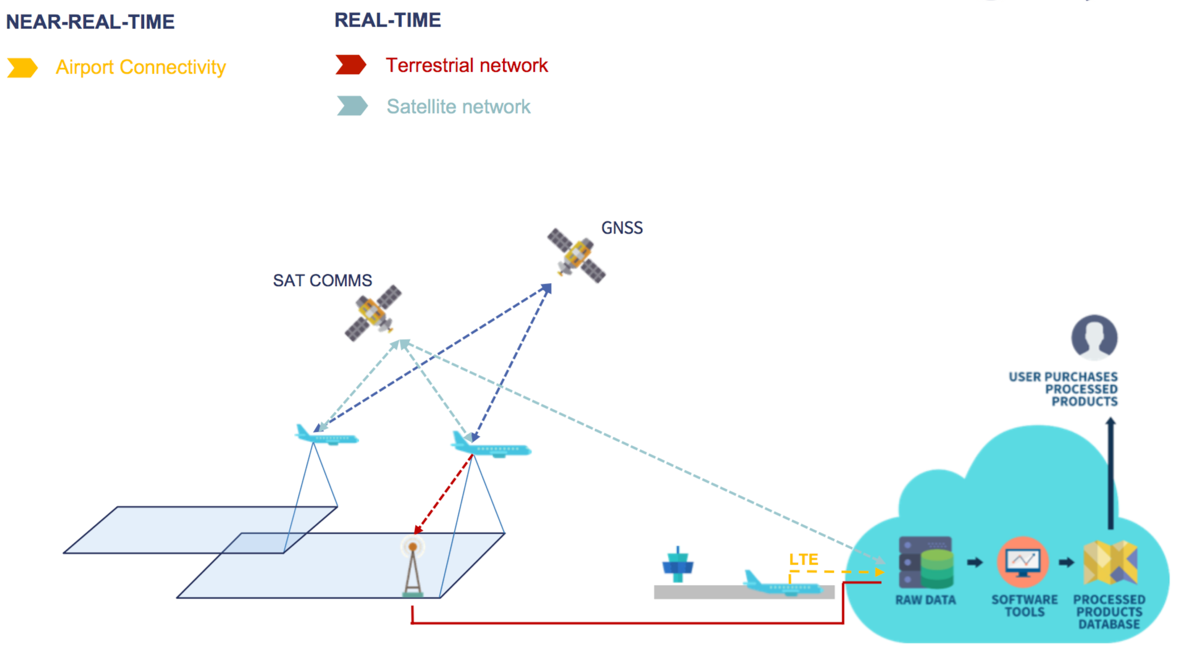 The ORCA system will use GNSS/GPS and Satellite Communications and will use/complement/enhance space-based earth observation data and coverage. The added value is that of higher spatial and temporal resolution.

The project phase 1 was kicked-off in May 2017. The CDR was successfully held in October 2017, after which the On-Site Acceptance Test was held in November 2017. The flight test campaign, including telecommunication and Earth observation flight tests, was performed in November and December of 2017. Airport connectivity tests were furthermore executed in November of 2017. The project final review was held on the 22nd of February, 2018. The technical, business, and legal evaluations of the concept all illustrate the concept’s great potential, where the second phase (which includes the first installations on commercial passenger aircraft) will be kicked off in Q2-3 2018.