The ORCA (Optical and Rf Constellations on Airplanes) project plans to use commercial airliners as a platform carrying small remote-sensing equipment, which would image the ground as the planes travel on their regular routes. A constellation of such payloads, hitching a ride on the thousands of aircraft flights crossing the continents every day, would provide coverage and revisit frequencies not possible with current satellite-based systems and at the fraction of the cost.

The pilot project, co-funded by ESA’s Business Applications and Space solutions Program, is the first step towards ORCA’s commercial deployment, which will enable a whole new range of applications such as affordable infrastructure monitoring, resource management, detailed monitoring of the environment and the atmosphere or forest fires monitoring. "We are very pleased to enter this contract with ESA, partnering with world leaders in the field of Earth observation, aerospace and aviation,” said Emmanuel Rammos, the General Director of SkyfloX. “With over 30,000 flights per day over Europe alone – all of them potential ORCA-carriers – ORCA is ‘the missing layer’ from which SkyfloX aims to extract additional value. As the airplanes are ‘sensor agnostic platforms’, this hosts an untapped promise for countless Earth observation and telecommunication applications.” The payload, about the size of a small suitcase, is designed not to interfere with any regular aircraft operations, and will be controlled remotely by an ORCA operator (thus, no intervention is required by the pilot or the airline). Unlike a payload on a satellite, equipment on an aircraft can easily be repaired, changed or updated, providing additional advantages compared to space-based systems.

ESA with its Luxembourg, German and Swedish Member States co-invest in the pilot project together with SkyfloX and its partners, which include major airlines Luxair and Transavia, as well as strategic aerospace players such as Germany-based Safran Engineering Services and Kampf Telescope Optics, Luxembourg’s Euro-Composites and EmTroniX, and Swedish Spacemetric.

Transavia's Innovation Lead Brit Haarmans stated: "At Transavia, we consider this a revolutionary project, which will allow us to improve present-day earth observation. In this way, our flights can contribute to monitoring air quality, deforestation and pollution."

In DOCS the pipeline and infrastructure monitoring services are primarily addressed, as a challenging application to define the capabilities of ORCA. ORCA is addressed in the DOCS project from the technical, business and legal points of view.

A wide range of EO and Telecommunication services could also be supported by an ORCA constellation, for applications in areas as diverse as Forestry, Oil & Gas, Asset Management, Smart cities, Competitive Intelligence/Analytics, News and Media, Financial trading, Agriculture, Internet of Things, M2M, AIS (maritime applications), etc. The coverage potential of a single airline fleet (such as the TUI Group fleet) is significant, as can be seen below. 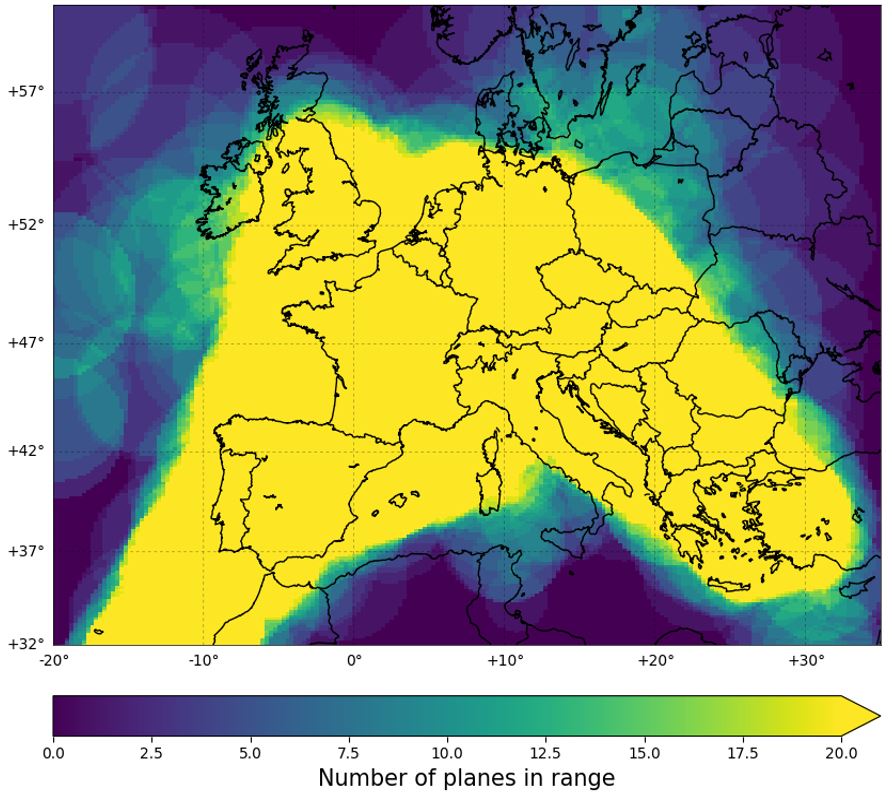 This new platform/constellation concept, may even create new markets, not possible with existing systems such as, for example, forest fires or infrastructure monitoring which require absolute real-time information.

Furthermore, a combination of thermal and optical capabilities in the ORCA first pilot generation payload, produces products that are unique from a single platform, such as shown below (a fused digital surface model created from DOCS test flight data, showing thermal and vector-based information overlaid on a Google base map).

ORCA is seen as a complementary system to reference satellites such as Sentinels, and combination/fusion of ORCA and Satellite data will produce new products, adding value to both satellite  and ORCA data. 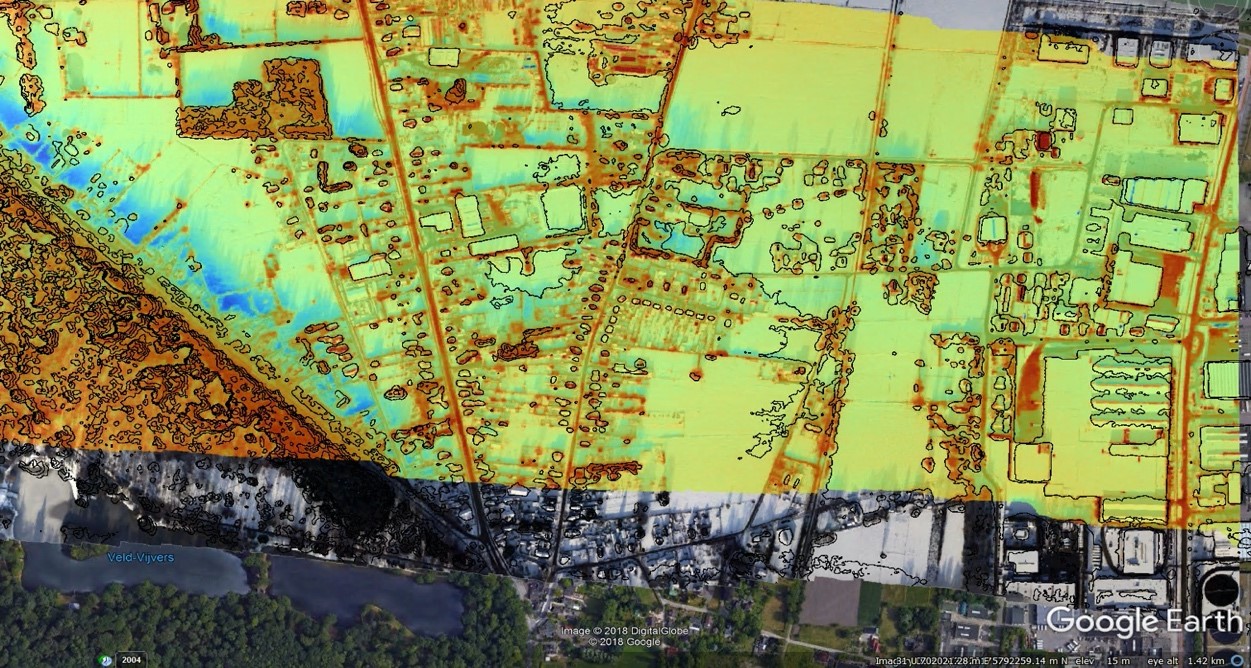 ORCA is a most ecological constellation re-using the most reliable platform, making high quality data available to all, fueling pioneering developments.

In addition ORCA does not create space debris.

Various (critical) infrastructures require frequent inspection. The DOCS EO application targets providers/operators of these infrastructures in the Oil & Gas industry as end-users. The ORCA system supplies the providers/operators with high spatial and temporal resolution EO data, allowing the end-users to evaluate the status of their infrastructure on a frequent basis. SkyfloX’ addresses primary VAR as initial data users, accessing their wide range of end users and applications. SkyfloX cooperates with several such key companies in Earth Observation and Geospatial Analytics, including among others HEXAGON, Esri Deutschland, EarthLab Luxembourg, UTILIS, The Sniffers and the National Observatory of Athens, in order to better adapt its products to the market needs

An outline scheme of the EO service provision architecture addressed in this activity is shown in the figure below. A number of commercial aircraft are equipped with ORCA Payloads (capturing data), which are transmitted via satellite or terrestrial connectivity to a cloud facility for storage, processing, and distribution to the End Users.

SkyfloX & parters have successfully completed the first phase of DOCS in 2018, and kicked off phase two with two airliners (Luxair & Transavia) and 5 aerospace experts in Q3 of 2019. Activities of phase 2 include the consolidations of the ORCA payload design in cooperation with the airlines and using inputs from major end-users including HEXAGON, Esri Deutschland, EarthLab Luxembourg, UTILIS, The Sniffers and the National Observatory of Athens, in order to better adapt its products to the market needs. Furthermore, activities include interfacing with the necessary authorities to obtain clearance  to fly/operate the ORCA payload in the various jurisdictions overflown by the fleets of the airline partners.

At this stage, SkyfloX and partners are finalising Phase 2A of DOCS-2, and are now preparing to continue Phase 2B which will include the manufacturing, certification and installation of the first ORCA payload.