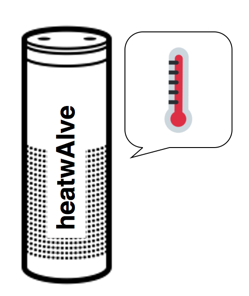 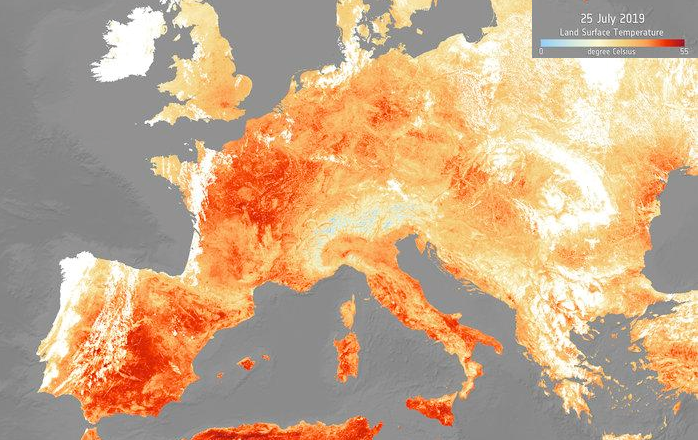 Climate change is a growing threat to humanity. Research indicates that if greenhouse gas emissions continue to rise, by the year 2100, 74 % of people on Earth could be subject to at least 20 days of potentially deadly heat per year.

Extreme heat has negative effects on human health, including dehydration, heat-stroke, and mortality. In the summers of 2003 and 2010 it is estimated that more than 40,000 people in Europe died due to the effects of extremely high temperatures. Among those who are mostly exposed are older people and those with pre-existing medical conditions.

The effects can only be remedied through prevention, i.e. early warning and specific health education.

Artificial intelligence (AI) provides tools to cope with this challenge: in the heatwAIve project an AI-based voice assistant was developed. It should help informing vulnerable people about the risk of upcoming heatwaves and to provide them with behavioural advise. The related information is derived from Copernicus Earth observation (EO) analysis and weather data. Today, spatial data and results of EO analysis are mostly visualised through maps. Voice assistants offer new ways of communicating such information also to non EO-experts.

There is a trend towards a ‘silver society’ in the developed world. The population is aging and the number of older people is increasing. It is estimated that around 30 % of the population in Germany will be over 65 years old by 2035. At the same time the number of people in need of care will increase by half. However, the number of nurses is decreasing but people who live in elderly homes cannot always take heat-mitigating measures independently.

An additional challenge is that many care taking facilities have moved from public to private and face the challenge of cost-effectiveness. Technical innovation can overcome some of these challenges and AI-driven robots could partly fill that gap and relieve nurses from workload and allowing them to concentrate more on intensive patient care.

Health insurances are affected by the same issue: medical advancements lead to an older society. This increases the cost for health insurances because older people use medical services more often. In the future, it will be important to establish cost-saving measures in order to keep the health system affordable. Modern technologies can be an effective means of cushioning both cost pressure and the shortage of skilled workers and relieving the workforce in their day-to-day work.

The system was designed and built using Amazon Alexa and include several Amazon services to provide the underlying heatwave data modelling functionality.

Alexa was selected as it is globally one of the most widely used intelligent voice assistant tools and as first to market it continues to thrive. This decision means it is most likely that users will either already have an Alexa enabled device or intend to buy one. This makes the choice both cost effective for the end user, and potentially removes the barrier of having to become familiar with another technology.

Most crucial was the design of the Voice User Interface (VUI). It is particularly important that the Skill has low friction as it is aimed at older people who may not be technically proficient to a high degree. It’s undesirable to make the user step through a number of sentences to get the information they require. It is also important that key requested information is provided directly, with the functionality to then provide any supporting data such as weather forecasts.

The heatwAIve application makes use of open data of the Copernicus Climate Change Monitoring service. The heatwave magnitude index daily (hwmid) (Russo et al., 2015) was calculated. A “heatwave” is defined as a sequence of three or more days in which the daily maximum temperature is above the 90th percentile of daily maximum temperature for a 31-day running window surrounding this day during the baseline period (e.g., 1981-2010). A heatwave magnitude index is defined as the maximum magnitude of the heatwaves in a year. The hwmid results were stored on AWS.

For the prototype service, pollen data was integrated that is provided through the German Meteorological Service (DWD) (https://opendata.dwd.de). However, to be able covering additional countries, the Copernicus Atmosphere Monitoring Service (CAMS) provides European Air Quality Forecasts including pollen levels for birch, grass, olive and ragweed. Forecasts are provided daily for the next four days. Access to CAMS is provided through their Atmosphere Data Store API.

For weather information the OpenWeatherMap API (https://openweather.co.uk/) is queried. By providing the location, several weather variables are returned including a weather description and the current temperature which can then be spoken to the end user.

The Kickstart project was used to present the service concept to different stakeholders from the different target user groups and explore their commercial interest.

The discussions continue after the official project end and further technical and business  developments are envisaged.