Wide-area maritime operations, like Pollution Monitoring and Search & Rescue, are at the centre of today’s geo-political environment. World-class challenges like the migrant crisis in Europe or devastating oil spills have put these operations at the centre of public opinion, and have raised the awareness for the need to create better, faster and more affordable means to support them. Performing these operations requires gathering massive amounts of data, from multiple types of sensors, over the target area, and analysing that data, in very short timeframes, to detect and identify multiple types of situations. This is obviously a huge challenge that is usually accomplished recurring to several different types of services and platforms, including satellites and manned planes, that gather data and send it to processing centres, that then run specialized algorithms and have data scientists to analyse the data and identify threat situations. Although these are all expensive and time-consuming processes, a great part of the effort is spent on the surveillance (i.e. data gathering) phase, especially because satellite data is not always available with the needed recurrence and using manned planes often involves high costs. RAPSODY aims at radically changing the way maritime pollution monitoring and search operations are performed, by creating and demonstrating the use of an advanced RPAS-centric system to support them.

In order to accomplish this, the RAPSODY team, led by TEKEVER, will:

Additionally, the team will develop a business case focused on providing the system and its users with affordable and sustainable adoption scenarios. RAPSODY is an ambitious project, that aims at introducing a radical change in an area that is today a central concern for Europeans, and for the world in general.

RAPSODY aims at supporting the European Maritime Safety Agency (EMSA) in  providing services to the national/governmental administrations and bodies in charge of maritime safety operations, like Search and Rescue operations, and responding to maritime pollutions, e.g. in case of oil spill events.

EMSA provides technical assistance and support to the European Commission and Member States in the development and implementation of EU legislation on maritime safety, pollution by ships and maritime security. It has also been given operational tasks in the field of oil pollution response, vessel monitoring and long range identification and tracking of vessels. In participating in RAPSODY as an institutional service provider, EMSA brings a valuable and critical expertise as well as End-Users insight, which will be instrumental in the RAPSODY success and the future usage of RPAS in maritime safety operations.

Members of the End User Advisory Board:

The Service proposed is based on the collection of maritime data with an array of sensors on-board of a RPA: LWIR (Long Wavelength InfraRed), EPIRB, AIS (Automatic Identification System) receiver, etc. Integration of SAR is planned in further release. Sensor data is processed and sent in real-time to the Operational Centre, via line of sight (LOS) or via satellite communication (SATCOM) services, where it is analysed and interpreted in order to deliver tailored information to the End-Users. The service includes data gathering with RPAS on-board sensors, data analysis and interpretation, real-time data transmission to End-Users and mission coordination with End-Users.

Based on a request for surveying and monitoring an area, the Operational Centre launches a RPAS equipped with multiple sensors. The RPAS will start covering a designated area and executes the planned Concept of Operations (CONOPS). The CONOPS is activated according to the type of operation, and can be modified in a timely fashion during the flight based on the evolution of the mission.

On-board processing allows the RPAS to automatically detect oil spills/vessels and, in order to manage the available communications data rates, to reduce the amount of data sent to the Operational Centre. The Operational Centre can always set up the sensors priorities. The RPAS sensor data transmitted is geo-referenced and further analysis is made at the Operational Centre that delivers the raw and processed data to EMSA, which fuses the data with available maritime information. The EMSA integrated maritime services then makes the mission data available to the End-Users, enabling End-Users to follow the operation.

Based on the observations End-users can also request specific flight and monitoring CONOPS in order to support best their operational needs. 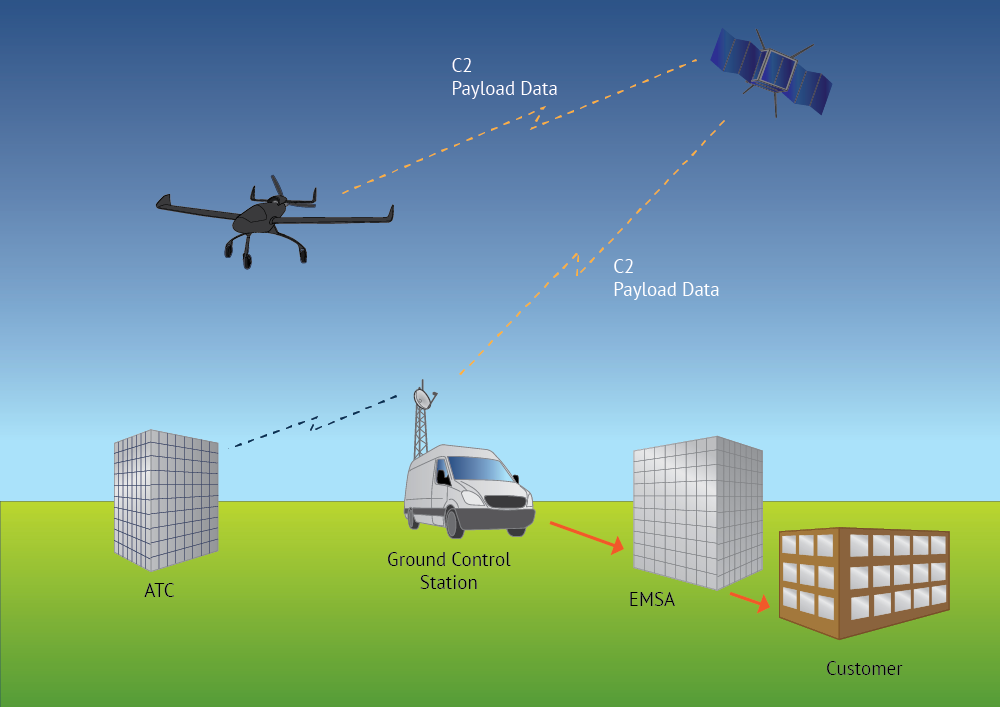 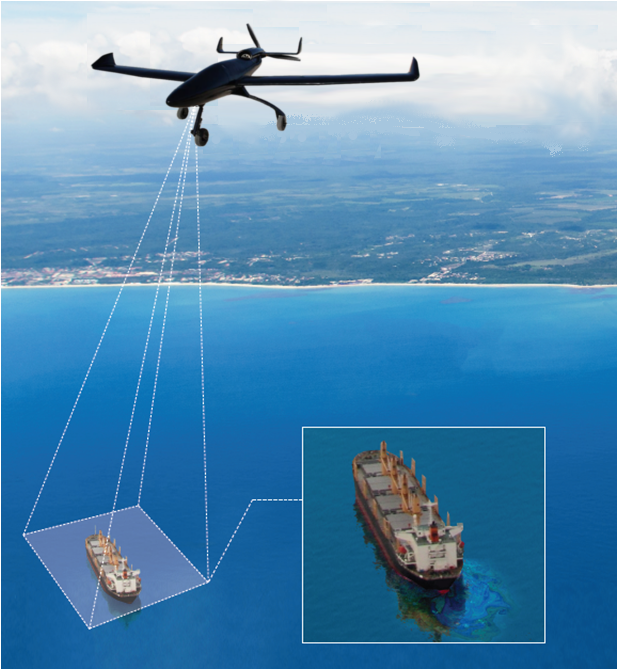 RAPSODY explores the use of three different types of space assets. These are:

In addition, RAPSODY is complemented with EMSA services that integrates satellite-AIS data and satellite earth observation information. The latter provides early warning alerts which are used to trigger RPAS operations.

Together, satellites and RPAS services increase efficiency and provide effectiveness of operations.

The project started on the 1st December of 2014.

The first user advisory group meeting was held on the 18th January 2016.

The Baseline Design Review was held on the 18th March 2016

The Critical Design Review was held on the 25th November 2016

The first demonstration flights took place from the 17th July 2017 to the 19th July 2017 near Comporta in Portugal, using a single engine UAV with a L-Band primary satellite communications system for C2 (Command and Control) and GPS for navigation

During the course of the project Tekever as part of the REACT consortium have been contracted to supply RPAS services to EMSA.