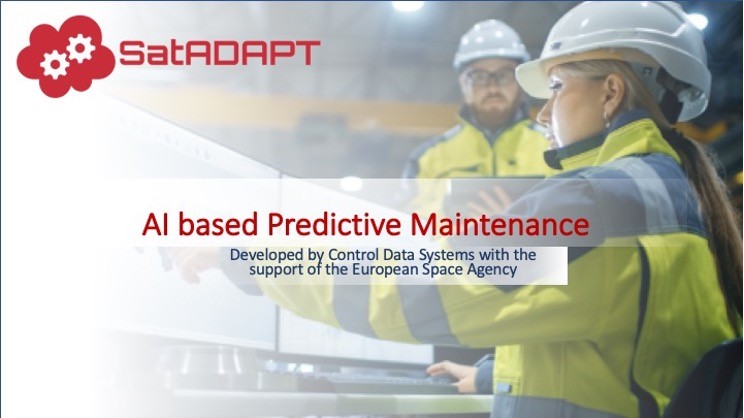 SatADAPT is an AI based Predictive Maintenance solution based on vibration monitoring combined with Artificial Intelligence technology. The Solution consists of wireless vibration sensors which transmit vibration data from the equipment being monitored to a Gateway that runs an Artificial Intelligence engine. The AI engine analyses the data looking for anomalies in the frequency spectrum and warns of potential failures, along with a classification of the expected defects and estimated time left to occurrence. The benefits of such of a solution are many and significant, particularly for energy companies. These include the avoidance of unscheduled interruptions due to equipment failures and the optimization of maintenance operations, both of which can bring tremendous value and generate significant ROI.

SatADAPT serves users in the energy sector, particularly those in the Oil&Gas and in the Wind Power generation verticals. In these activities, the unexpected stop of a machine that is part of a larger system or process is usually orders of magnitude more costly in time and money than planned, preventive maintenance of the machine would have been.

The typical customer of SatADAPT is an O&M (Operations & Maintenance) company operating in the energy field. These companies are tasked with the maintenance of the energy production facilities, and it is their primary job to increase the number of operating hours and to decrease or eliminate unplanned production stops.

Being a cloud based system, SatADAPT serves a global user base, with a focus on Europe, USA, South-East Asia, Middle East and Japan. 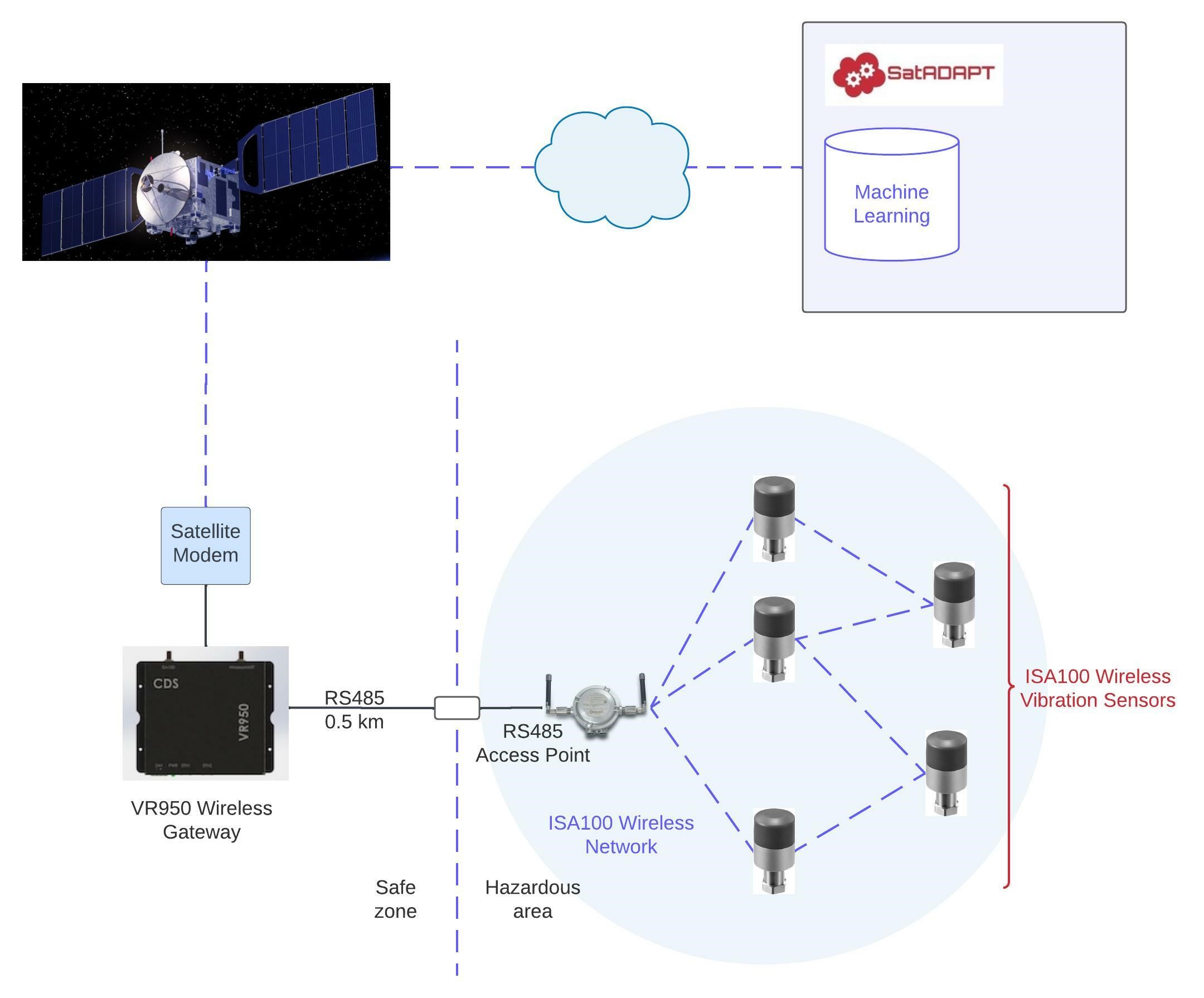 Several wireless vibration sensors are mounted onto the equipment to measure acceleration values on one or three axes. The sampled data is transmitted to an embedded wireless Gateway which performs data storage and processing.

Each Gateway is connected over Internet to a Central Management System running in the cloud by Low Earth Orbit Satellite connection, which is very useful in case of offshore installations. The Gateways include GNSS (GPS and Galileo) modems for location and time reference. Having a common time reference between all the Gateways makes possible the synchronization of data coming from sensors installed on different locations and for determination of cross-system events.

Each Gateway runs an embedded Neural Network which receives its functioning parameters, from the AI engine that is part of the Central Management System in the cloud. As the central AI engine is evolving by continuous training managed by a human expert and based on received sensor data from all the Gateways, the result of this training is transferred back to the Neural Networks running on the Gateways. The system learns continuously, and new knowledge acquired from a particular equipment is then re-used for Predictive Maintenance by all other similar equipment.

Satcom is a necessary asset for any installation that is offshore and is a very practical solution for applying the service to mobile assets. Starlink, Orbcomm and Iridium are optimally positioned for providing a machine to machine LEO satellite communication service for SatADAPT.

Positioning and timing (PnT) is also instrumental in the SatADAPT system operation. By using state of the art components from lead GNSS providers, SatADAPT implements fine timing accuracy and jitter of the pulse-per-second control signal that is needed for Gateway time synchronization in redundant configurations. Such configurations are required in case of safety applications as accurate timing is a critical element in all redundant implementations.

Several user workshops have been organized, some of them online and some with physical participation in USA, Romania and UAE. Wireless sensor prototypes have been executed and critical functionalities have been tested to assess feasibility of the concept. the first pilot site, a wind farm in Romania, has been surveyed. The AI development toolchain has been set up and the first AI models have been defined and evaluated. The Baseline Design Review was held on June 2022, and the team has moved on to completion of the system architecture.