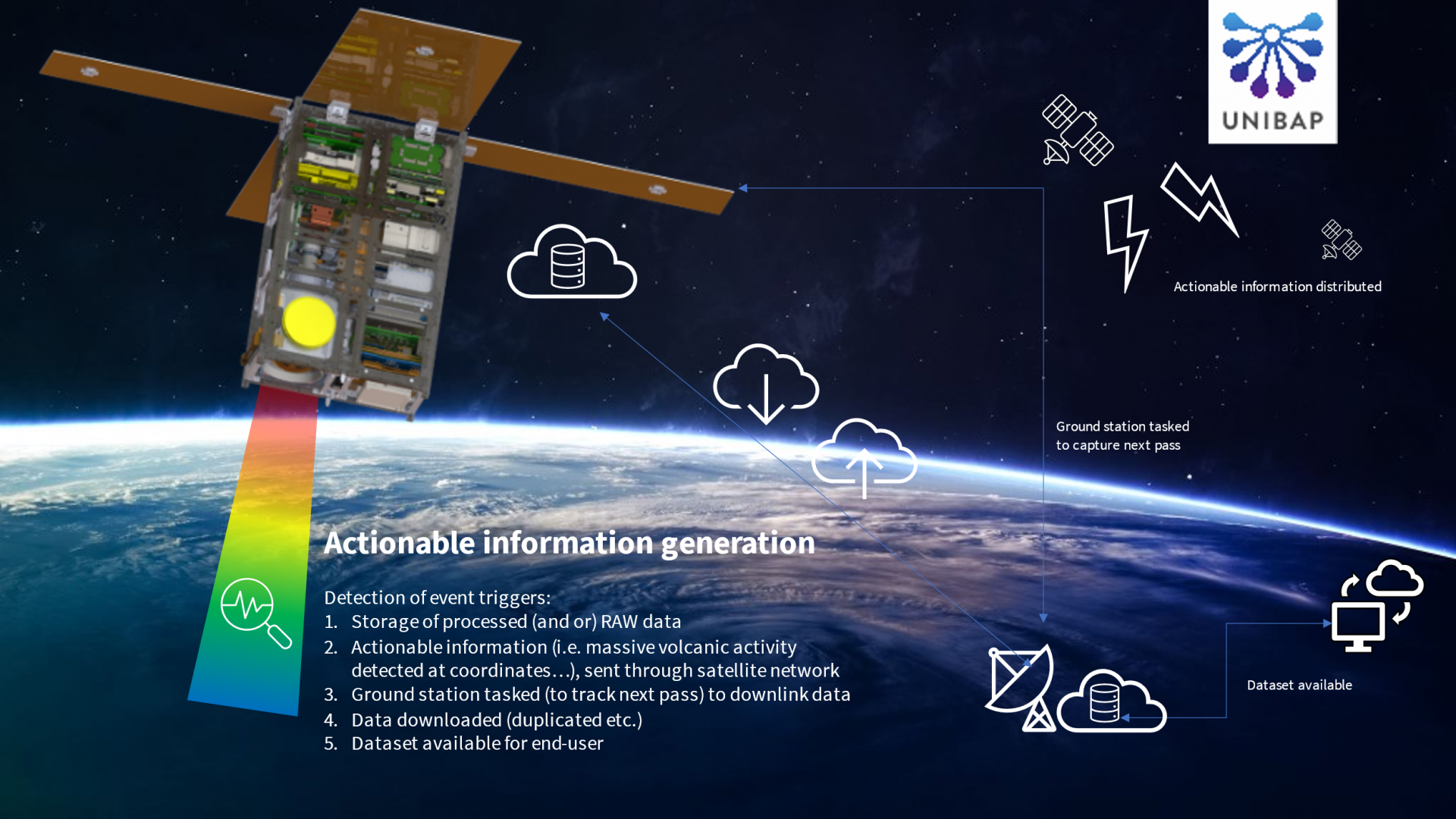 The use of Earth Observation can become more efficient by providing a service for rapid application deployment on orbit. This is important to unlock the full potential of space assets as many different customer data requests can be served throughout a satellite lifecycle. Introducing flexible on-orbit computation for increased downlink bandwidth management, meta tagging of data onboard, removal of clouds, and initial analytics enable very low latency data products with a minimized delays for high-fidelity actionable information. SpaceCloud provides both applications, software ecosystem and hardware (e.g. the powerful iX5 and iX10 hardware platforms). SpaceCloud OS and SpaceCloud Framework enables containerized deployment of applications in orbit using standard machine learning and virtualization tools found on earth. SpaceCloud enables a usage-based business model where customers pay for time spent or resources used on the platform. This reduces cost for end users, as they only pay for what they use. On the other hand, it will increase revenue for satellite operators since SpaceCloud increases satellite usage.

Satellite operators and integrators such as Italian D-Orbit can evolve their business model with SpaceCloud as a standardized platform to simplify satellite integration and operation by having easy-to-use APIs and certified and reliable hardware and software. Application developers, such as Agenium from France with their AI-algorithms for forest segmentation can decrease development cost by using a framework with virtualized access to hardware and sensors and an easy-to-use API. There are endless possibilities with SpaceCloud®, some other examples of customer applications that can be placed in SpaceCloud® based on access to sensor data in the thermal area are given here as inspiration:

One more example of AI application demonstrated in-Orbit in this project was the Worldfloods developed by the Frontier Development Lab, a partnership led by Trillium Technologies with the University of Oxford and the European Space Agency, Worldfloods is designed to detect flooding and quickly transmit flood maps to emergency responders.

The SCFW runs on the iX5 or iX10. It contains a top-level standardized API for orchestration of containerized applications in space with associated micro-services for sensor readout, storage, communication, and scheduling. 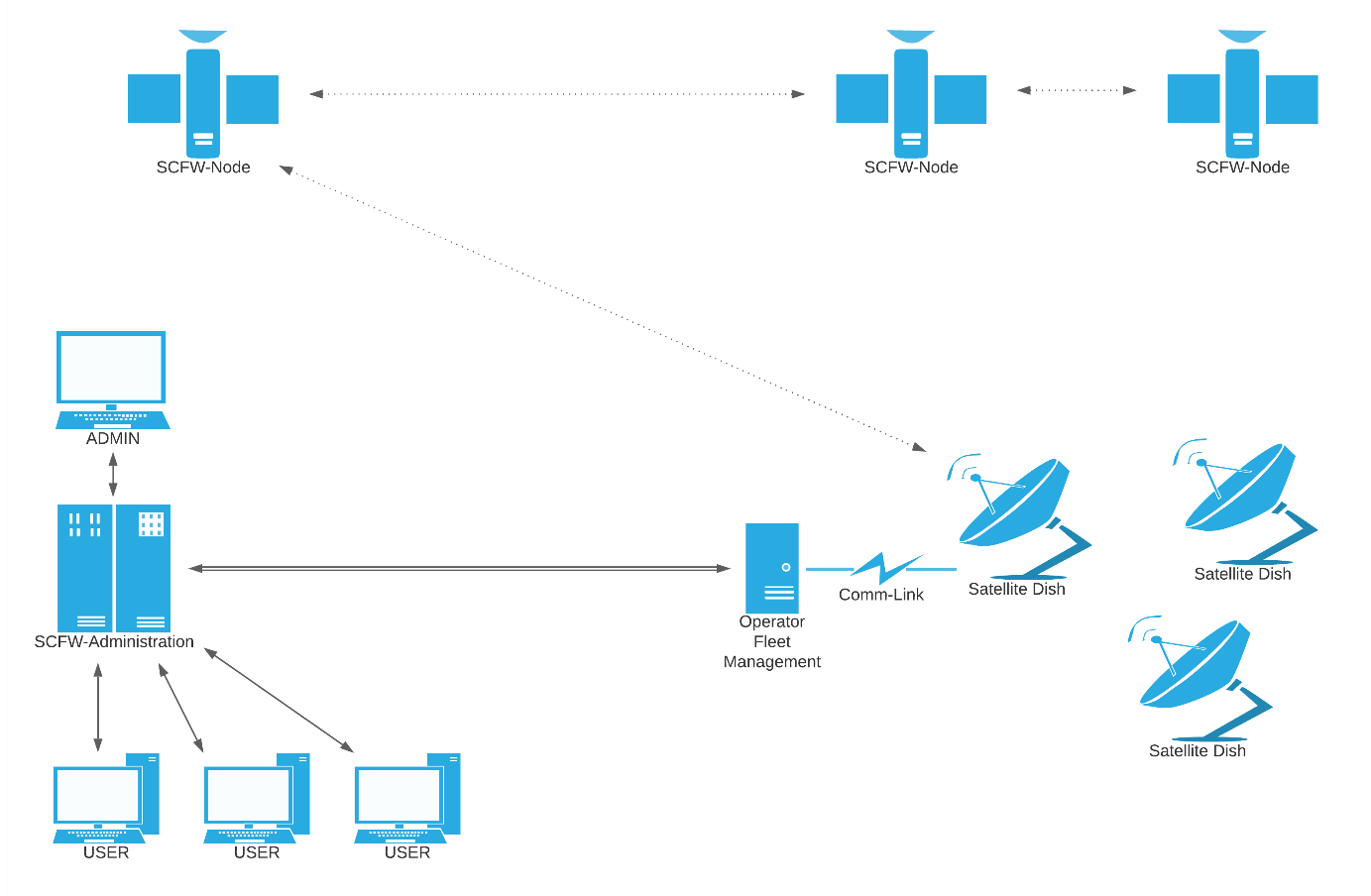 The SpaceCloud hardware platforms iX5, installed with SpaceCloud OS and SpaceCloud Framework, was used to demonstrate the business model. The iX5 is also selected for NASA’s HyTI mission and did its maiden journey in June 2021 with D-Orbits WILD RIDE ION mission. Both the iX5 and the iX10 are radiant-tolerant systems with a heterogenous architecture, enabling powerful on-board computation for Earth Observation. The onboard processing of data also significantly reduces the need for bandwidth in satellite downlink communication which make this concept a powerful tool for satellite communication.

The hyperspectral images used for earth observations in this demonstration was acquired from a Cubic Inch Hyperspectral Camera (VTT Finland) directly integrated on the iX5. In an extension to this demonstration project, during May to September 2022, an extra satellite camera was integrated and validated for use together with iX5. That camera was the Hyperscape 50 from the South African enterprise Simera Sense. The camera is now approved for space missions together with iX5.

The use of SAR (Synthetic Aperture Radar) in SpaceCloud for earth observations was investigated in this project. A conclusion from that investigation was that the new generation of SpaceCloud hardware, the iX10, is well suited for processing of SAR data. Both processing time and power consumption were tested on SAR data and were found acceptable. Another conclusion from the investigation is: to lower the total power consumption for payload computing it is recommended that all submission computing and acceleration of data processing shall take place on a single payload computer. Not in multiple payload computers. This conclusion makes the iX10, that has both, CPU, GPU, VPU and FPGA on the same board, a target platform for SAR processing. The SNAP SAR module is now in the roadmap to be included in the iX10 model.

The business model for developing and deploying space applications in an easy and straight forward way was successfully proven in this pilot demonstration. Also, the mechanism for billing application usage was demonstrated in the pilot.  The demonstration took place on the SCV-004 satellite from D-Orbit during January to May 2022. The satellite was launched by the SpaceX Falcon 9 from Cape Canaveral on the 13th of January 2022. In total 18 different software applications from 7 different software partners were successfully executed on the iX5 while in orbit. The result data from the applications was downloaded from the satellite together with billing information from the applications usage of cpu, gpu, vpu and storage in the iX5 space computer. 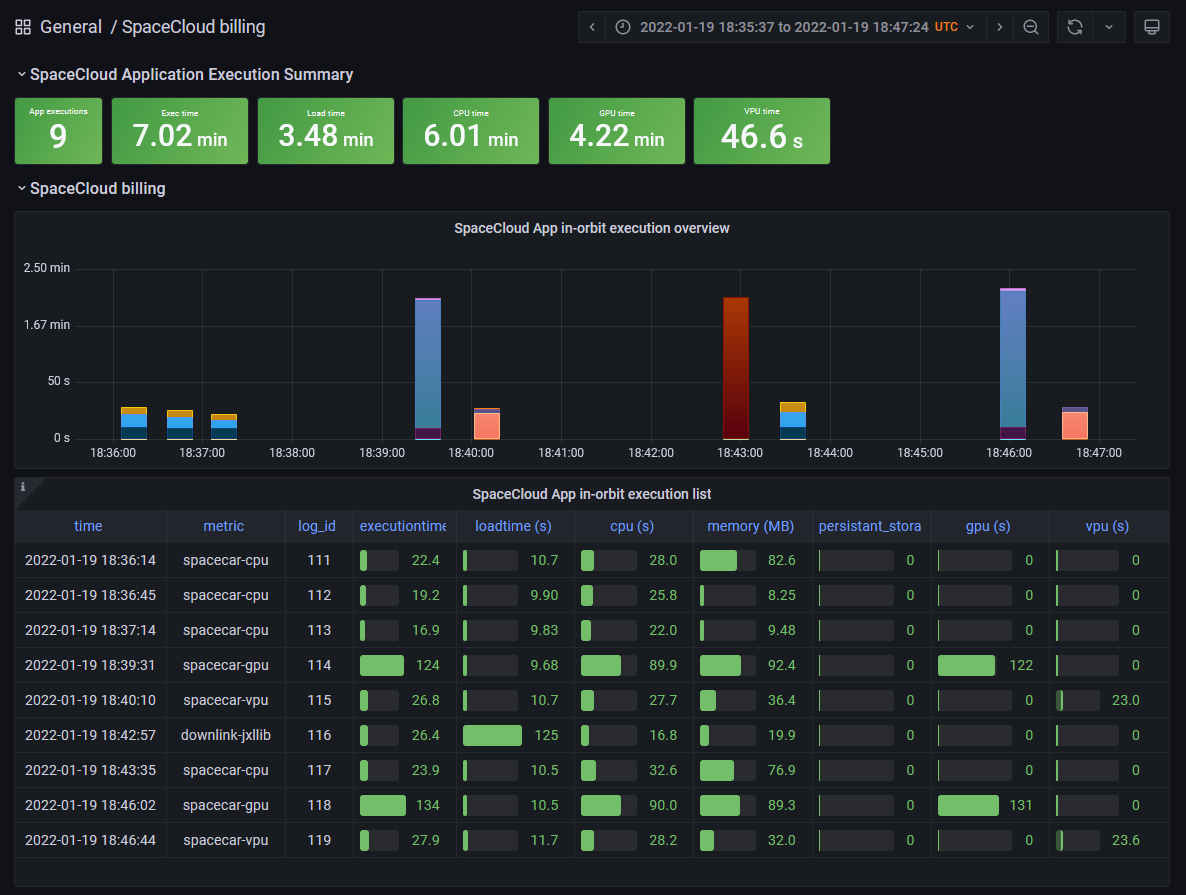