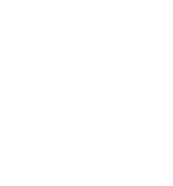 Over the past twenty years, the satellite applications market has been growing, pushing the development of space technologies upwards. The number of satellites dedicated to Earth observation, ie geophysical and geographical observations of the Earth from Earth's orbit, has continuously increased in recent years to reach 19% of the 1459 operational satellites by the end of 2016. Many governmental and industrial stakeholders recognize the potential of large-scale image availability for decision-making process in domains such like meteorology, security, safety, natural resource inventories, climate change or prevention and monitoring of natural disasters... In this context, HAPS (High Altitude Pseudo Satellite) is considered as highly complementary to deployment of satellite systems. This platform, evolving in the stratosphere, could provide a significant added value for applications requiring high versatility, great availability and capability of redeployment, and when the customers is looking for permanent mission, real-time information or high frequency revisit on the target.

While satellite systems cannot fully address these needs, they remain indispensable to obtain global overview on large geographic areas. Added value provided by satellite solutions is obvious and this guarantees their sustainability. Coverage of global and regional large areas, acquisition of huge volumes of regularly updated data and data accessibility offered to end-users contribute to the success of many companies active on this market. It is therefore a question of identification of the best sharing between both systems, and the challenge is to define future operating and business models that would allow both technologies to coexist and to be fully integrated, each one making its own contribution where it is most relevant. This way, the proposed solution would guarantee an acceptable level of capex and operating costs associated to the final applications and services.

With full integration as an objective, these developments could help to support evolution of existing and future missions based on EO satellites by exploiting the synergy with HAPS capabilities. This could consist on an opportunity for space technologies to find new markets and applications, and this gives a chance to both concepts to grow even faster, and to support a wider range of customers and end-users all over the World.

Maritime, security, and emergency response services are considered as domains where HAPS can play a key role in the short-term. It is expected that soon users in the civil domain engaged in monitoring and surveillance operations will consider utilization of these assets as a complement to the current data sources, being it space, airborne or insitu. In this context, the European Maritime Safety Agency (EMSA), Frontex and the European Union Satellite Centre (SatCen) have expressed their interest to support the current study and will provide requirements and guidance.

In the framework of applications in Pipeline Monitoring, an important part of the technical solution enabling a robust operational service is a software platform that can be used by the end-user to detect, classify and identify relevant changes/anomalies in his areas of interest (see figure).

Satellite communications can allow to deploy and remotely control HAPS beyond radio line-of-sight, offering a higher flexibility in their mission, by relaying HAPS command and control communications with the ground control center. Remote sensing data collected by HAPS payload can be relayed using satellite communications to the ground operations when in Beyond Radio Line of Sight (BRLOS) conditions. When HAPS are used for providing broadband/broadcast connectivity, satellites can be used to relay the data between the gateways and the HAPS forming one element of hybrid architecture.

Satellite will address first level of information, providing data and information on larges areas, but with strong limitation in terms of time coverage and frequency while HAPS will be used at a second stage, addressing specific critical areas, more flexible in terms of mission programing, time coverage or request for continuous operation.

Building upon the requirements gathered from each end-user, the system and its operation have been defined and the key performance indicators for successfully answering the user needs have been identified.

Several study cases were defined together with the end-users. For each specific application, the duration, flight path and routine of a representative mission have been specified as well as the operational needs for the data acquisition.

It sequentially allowed to specify the types of payload suitable for each specific application. With the help of the suppliers, existing sensors were presented answering the functional and operational requirements.

The aerial vector has been defined in parallel with the payload.

Regarding the ground segment, an optimized antenna coverage has been defined. Overall, risks were raised, and actions were taken in order to mitigate them.

The viability in a market sense has been demonstrated, complying with the customers’ needs. Furthermore, a commercial study has been conducted to demonstrate its financial viability, keeping in mind service availability and responsiveness.

A service demonstration has also been presented in a short-term period. It has been evaluated as being compliant with the majority of the long-term (full service) requirements and represents a major asset in the development of the proposed service