In Europe, more than two thirds of the population live in cities – and this share continues to grow. However, one of the main challenges of cities is the loss of quality of life due to transport related problems such as congestion, air pollution, noise, space consumption, accidents and high infrastructural expenditures for construction and maintenance. Today, governments, economy and science agree that non-motorized transport such as walking and cycling is a key success factor to guarantee mobility for all and to overcome the urban challenges mentioned above. 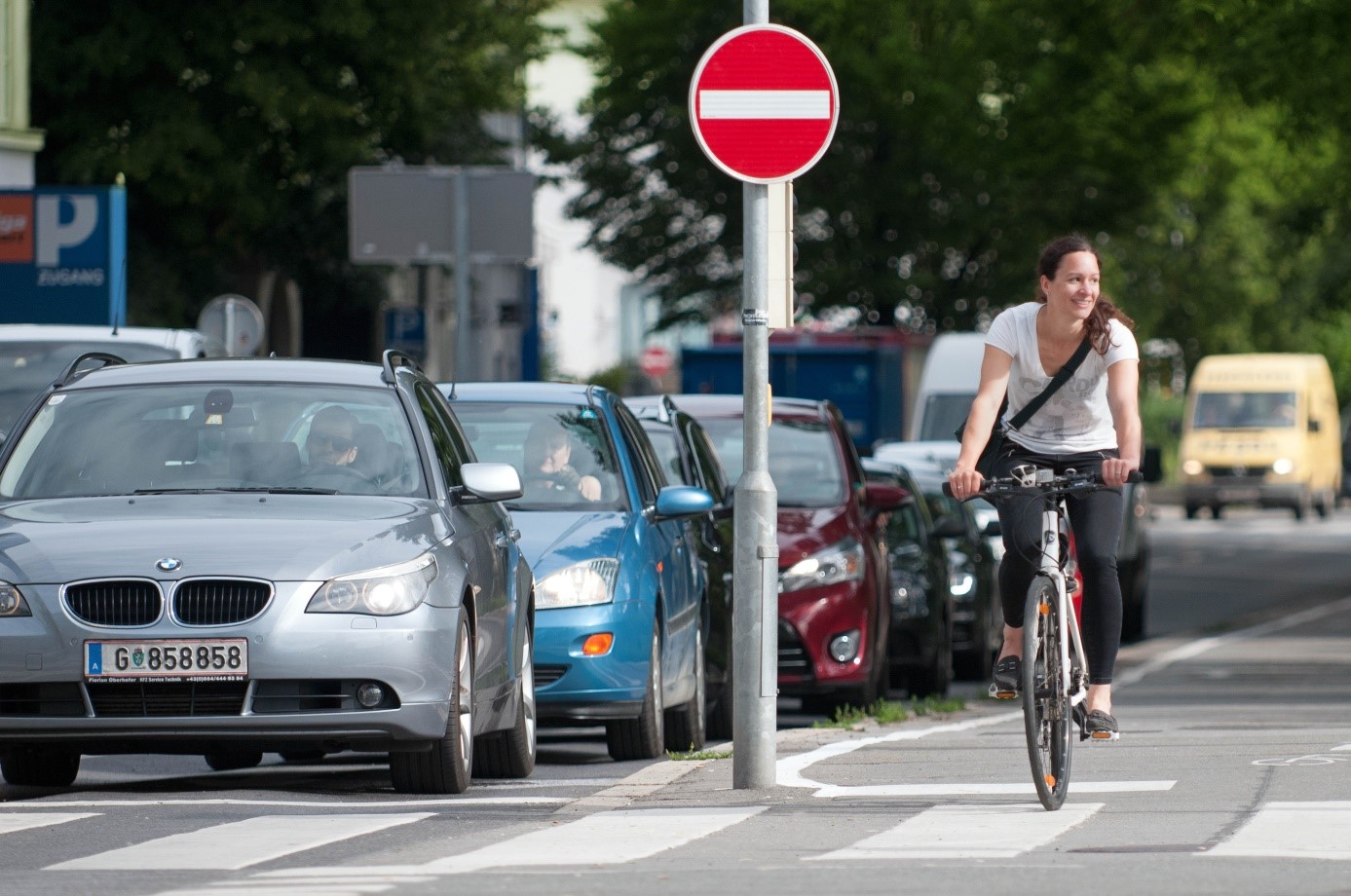 Cycling is an efficient mode of transport in urban areas. Credits: FGM-AMOR

Therefore, Space-Tech for Cycling aimed to contribute to an increased modal share of cycling in urban areas by developing an integrated solution, which comprises a Bike-Benefit System rewarding cyclists with attractive benefits offered by Benefit Providers, and a tracks-analysis service called Bike Citizens Analytics, which enables cities to utilise crowdsourced data of cyclists for improved planning and maintenance of cycling infrastructure.

The services proposed within Space-Tech for Cycling are addressing the needs of three core user groups: current and potential future cyclists in cities, shops and businesses acting as benefit providers, as well as public officials of city traffic planning departments.

Cyclists are in need of

Shops and businesses are in need of

City traffic planning departments are in need of

Space-Tech for Cycling proposed a modular solution which allows the inclusion of further user needs.

To ensure that the developed solution fits the users’ needs, representatives of users and stakeholders from the cities of Bremen (Germany), Vienna (Austria), and Graz (Austria) participated in the project. While the feasibility study aimed at users and stakeholders in Austria and Germany, the possibility to spread out to other countries is integral part of the project’s outcome.

The service concept is based on the provision of two elements, the Bike-Benefit System and the cycle tracks analysis service Bike Citizens Analytics. 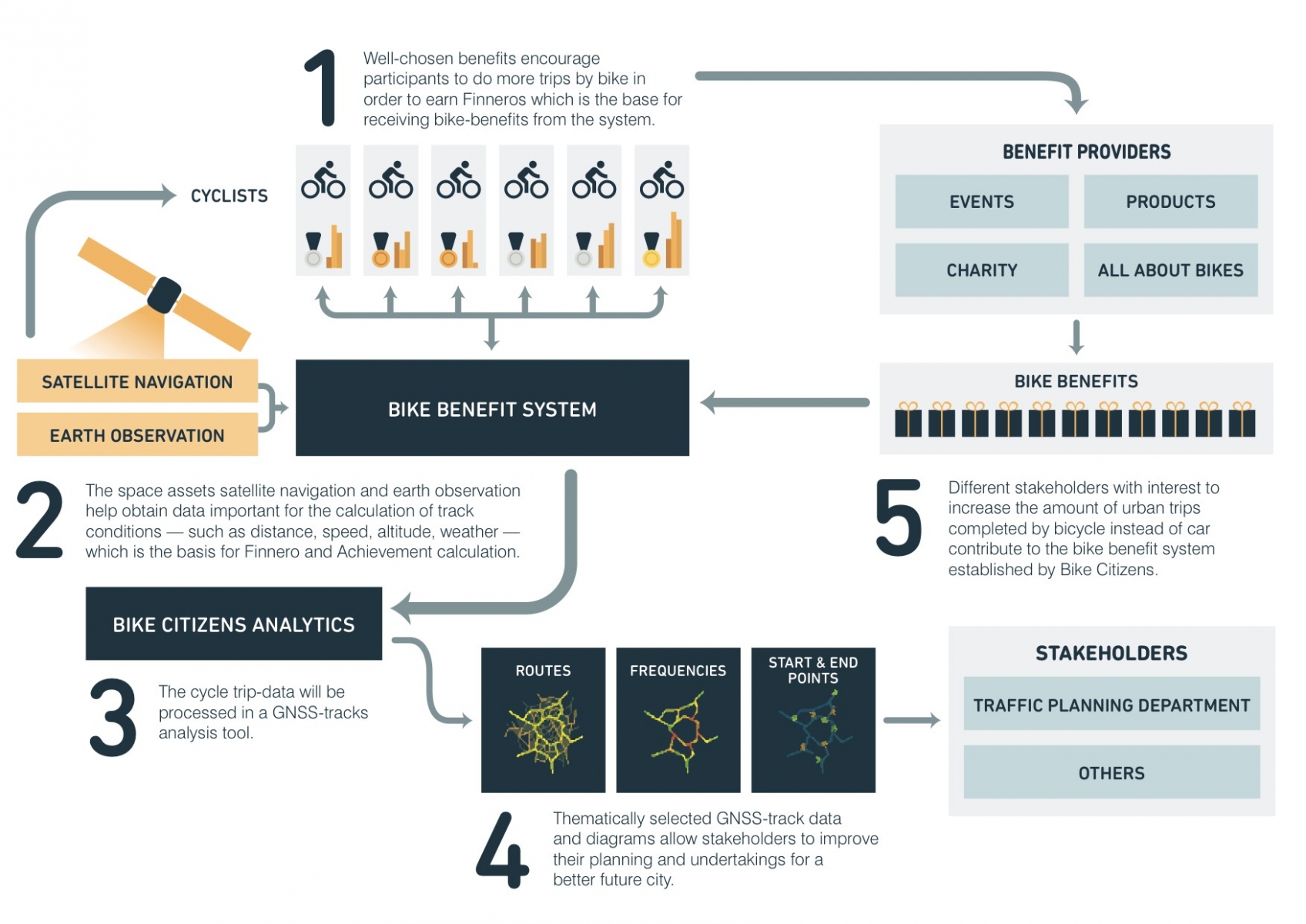 The Bike-Benefit System, which is based on the existing bicycle navigation app Bike Citizens and makes use of satellite navigation as well as Earth observation data, is an innovative incentive scheme to increase the utilisation of bicycles in cities.

The underlying system records a cyclist’s number of trips, the distances cycled, altitude differences and actual weather conditions during the trip, and rewards the cyclist with “Finneros”, a virtual currency which is the basis for receiving benefits.

The benefits for cyclists include material benefits, such as vouchers for events or reduced prices for goods and services, but also attractive offers exclusively available for participants of the Bike-Benefit System. Gamification elements, such as achievements (e.g. for cycling in bad weather, cycling long distances, or cycling large height differences) and a personal dashboard, further increase the attractiveness of the Bike-Benefit System. 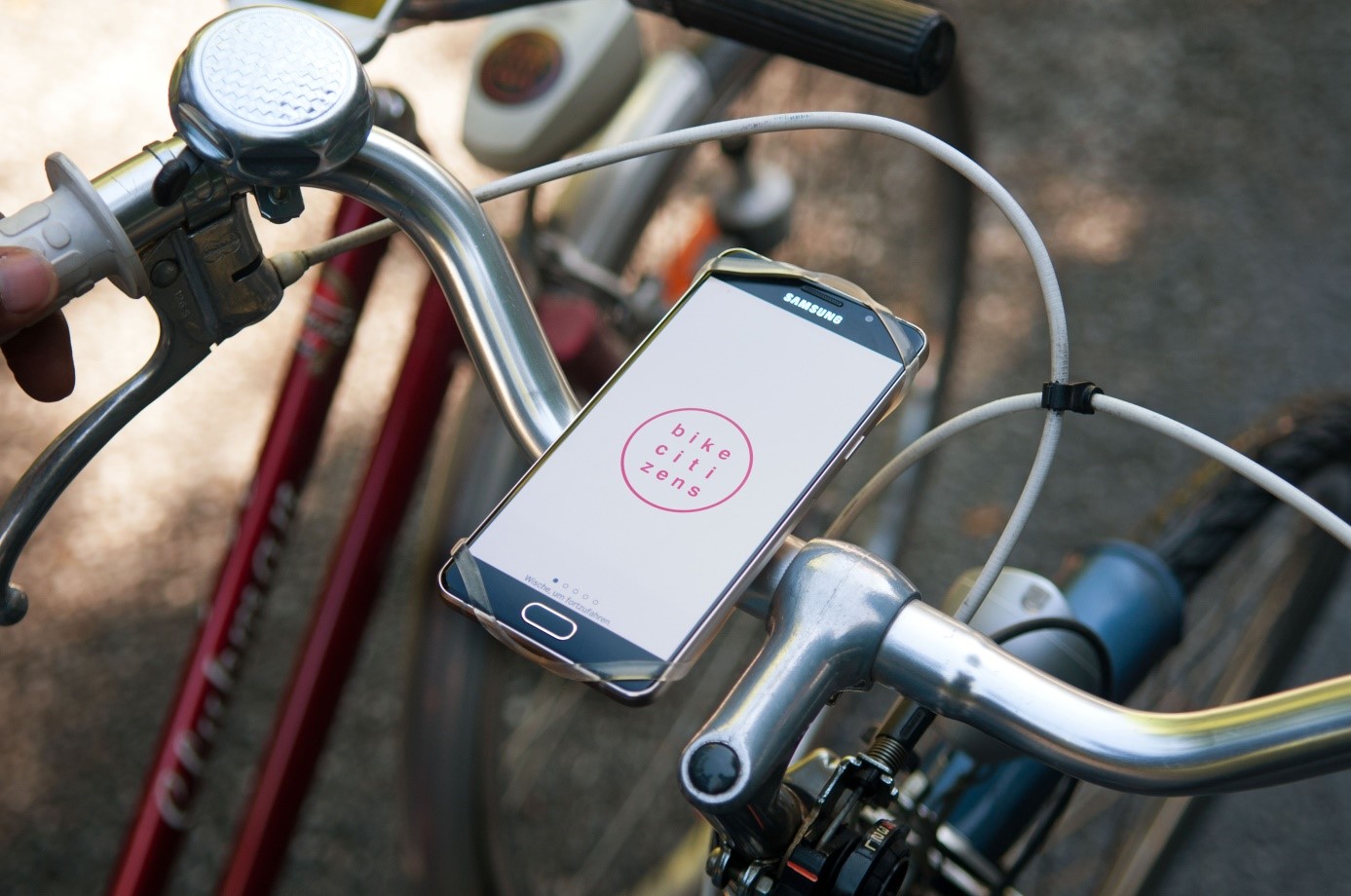 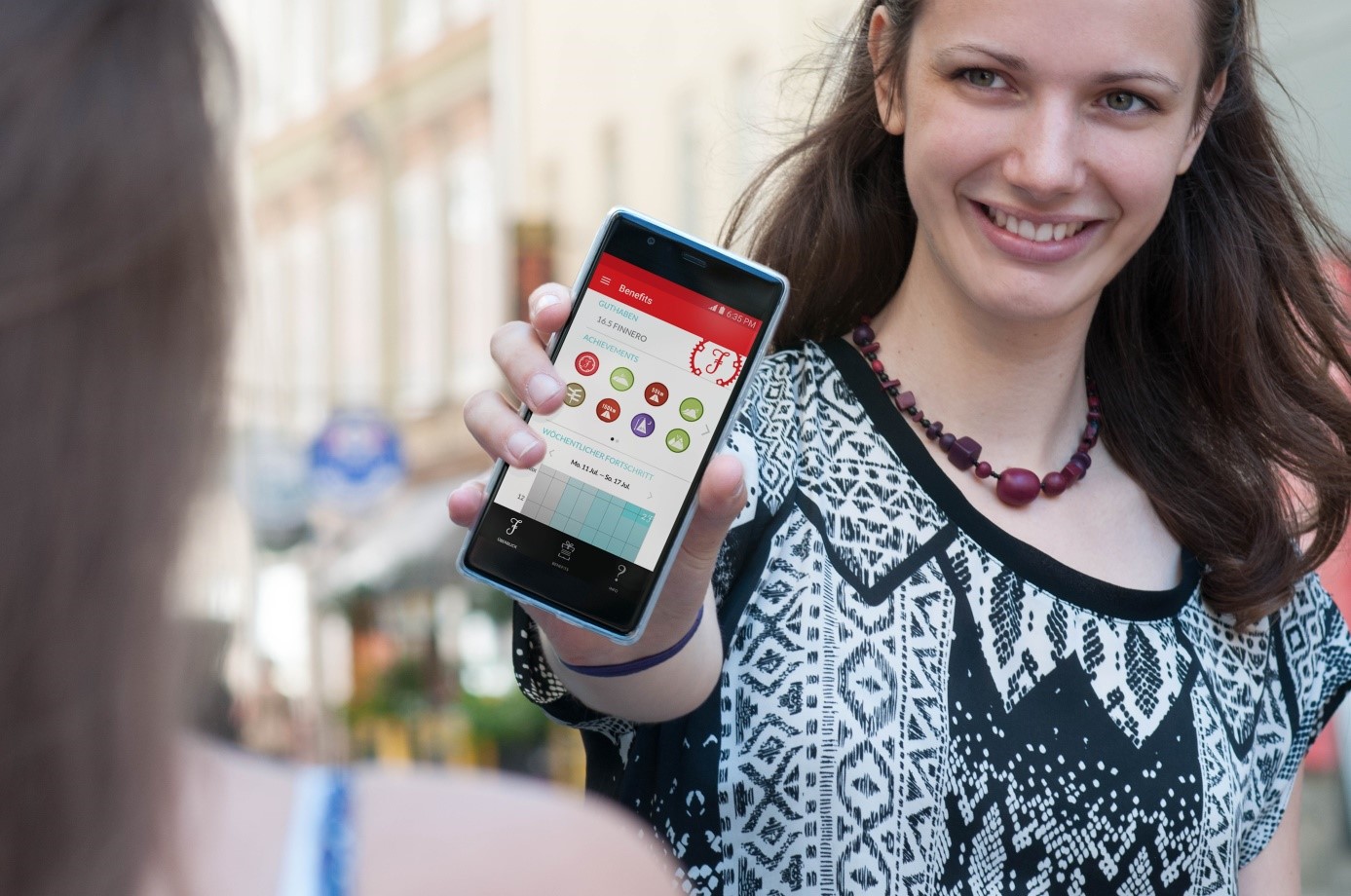 To guarantee long-term motivation, ‘Achievements’ were introduced as a gamification element in the Bike-Benefit System. Credits: FGM-AMOR 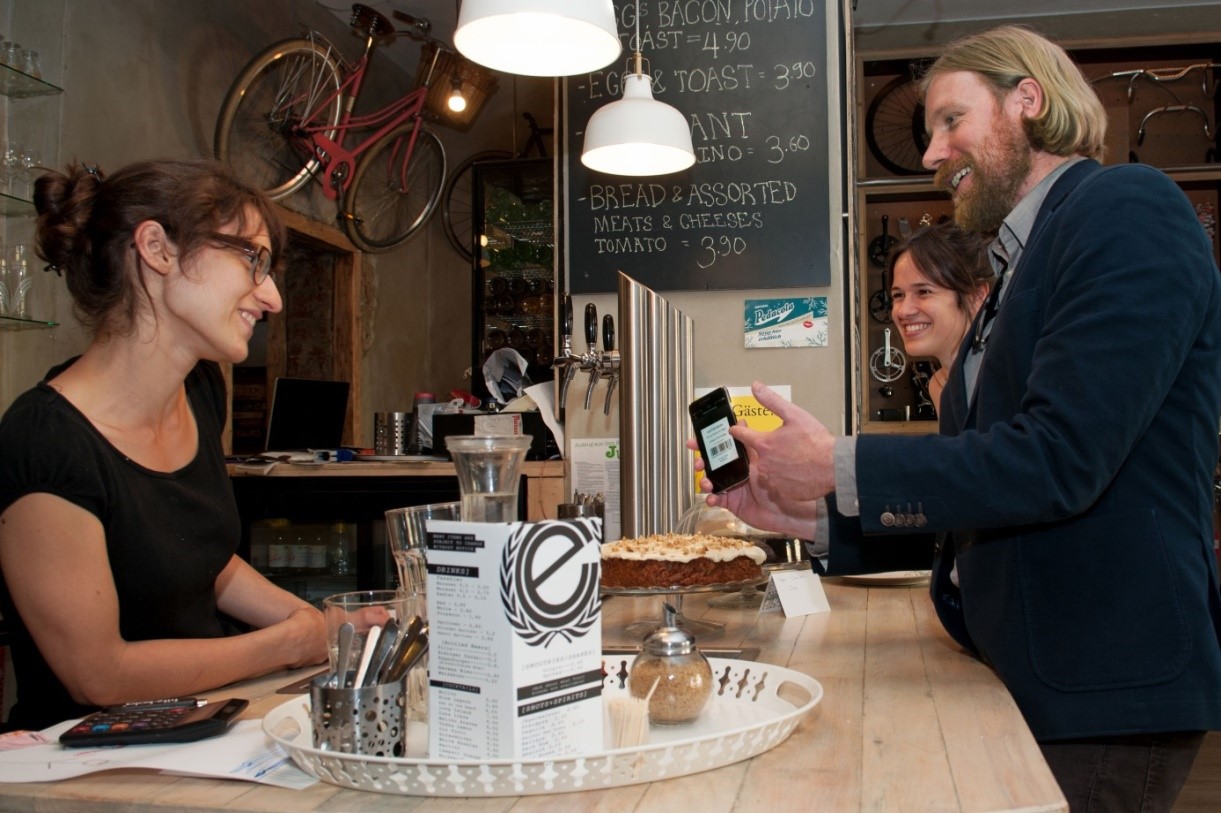 The tracks analysis service Bike Citizens Analytics offers the possibility to obtain pre-processed data based on the satellite positioning data created by the cyclists participating in the Bike-Benefit System.

State-of-the art urban planning is based on facts and figures, as well as on detailed mathematical models and forecasts. However, while urban transport planners generally do have access to a whole bunch of data and detailed information regarding the motorised traffic in their city, there is normally much less information available with respect to bicycle traffic. Usually, bicycle-related data is sparse and most often confined to counts of cyclists at certain spots in the city. Furthermore, practice shows that, in order to be able to work efficiently, urban planners need pre-processed data rather than raw measuring results in their daily work.

This is where Bike Citizens Analytics steps in: Bike Citizens Analytics provides urban planners with pre-processed, detailed information about the cycling traffic in their city, which is based on real-world, city-wide cycling data. Examples for such pre-processed data include the most frequently used routes, variations of bicycle traffic volumes during the day, section speeds, average waiting times at intersections, and the most frequent start/end points of cycling trips.

The large variety of analysis possibilities offered by Bike Citizens Analytics supports urban planners with a wide range of tasks including targeted planning of infrastructural and organisational measures, realistic pre-/post-evaluation of bicycle-related interventions, effective prioritisation of maintenance activities and investments, as well as calibration of urban traffic models. 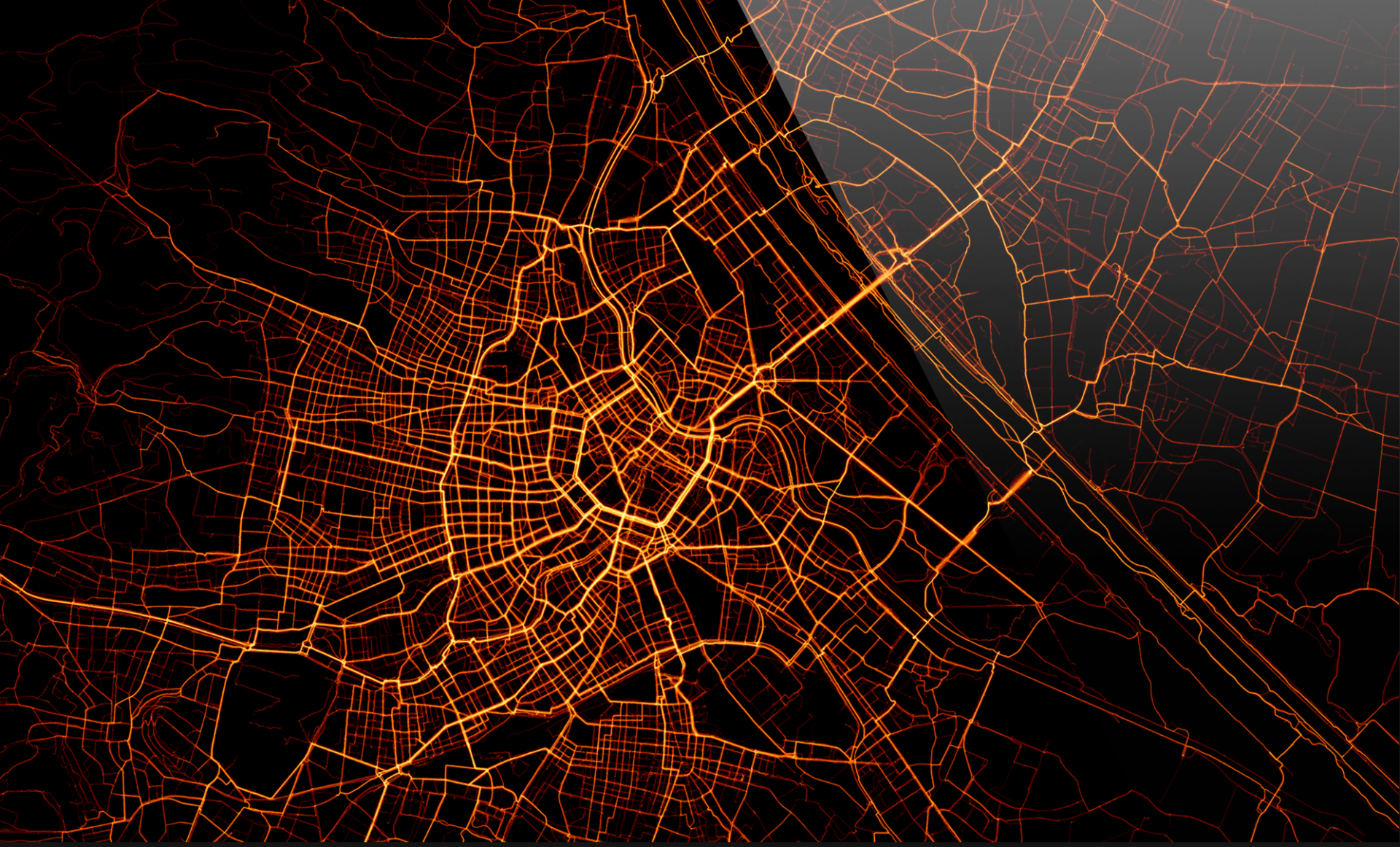 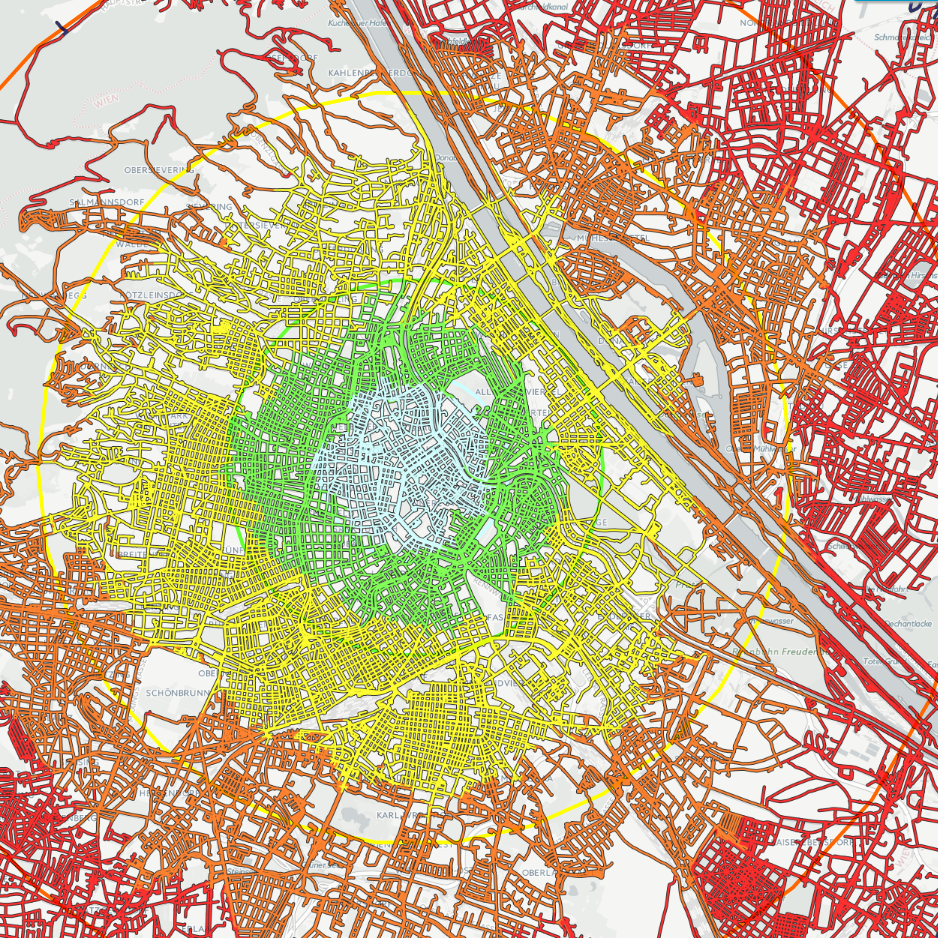 By combining these space technologies, the Bike-Benefit System is able to take into account for the rewarding not only the number of trips made, but also distances cycled, altitude differences on the route, and actual weather conditions. By identifying the mode of transport via internal analysis of the cycle tracks recorded via satellite navigation systems, an abuse of the Bike-Benefit System can be detected.

As the consortium was able to elaborate ready to market services, it will not apply for a follow-up ESA Demonstration Project. Instead the Bike-Benefit System and the tracks analysis service Bike Citizens Analytics are already part of the sales portfolio of Bike Citizens and are actively promoted to cities all over Europe. 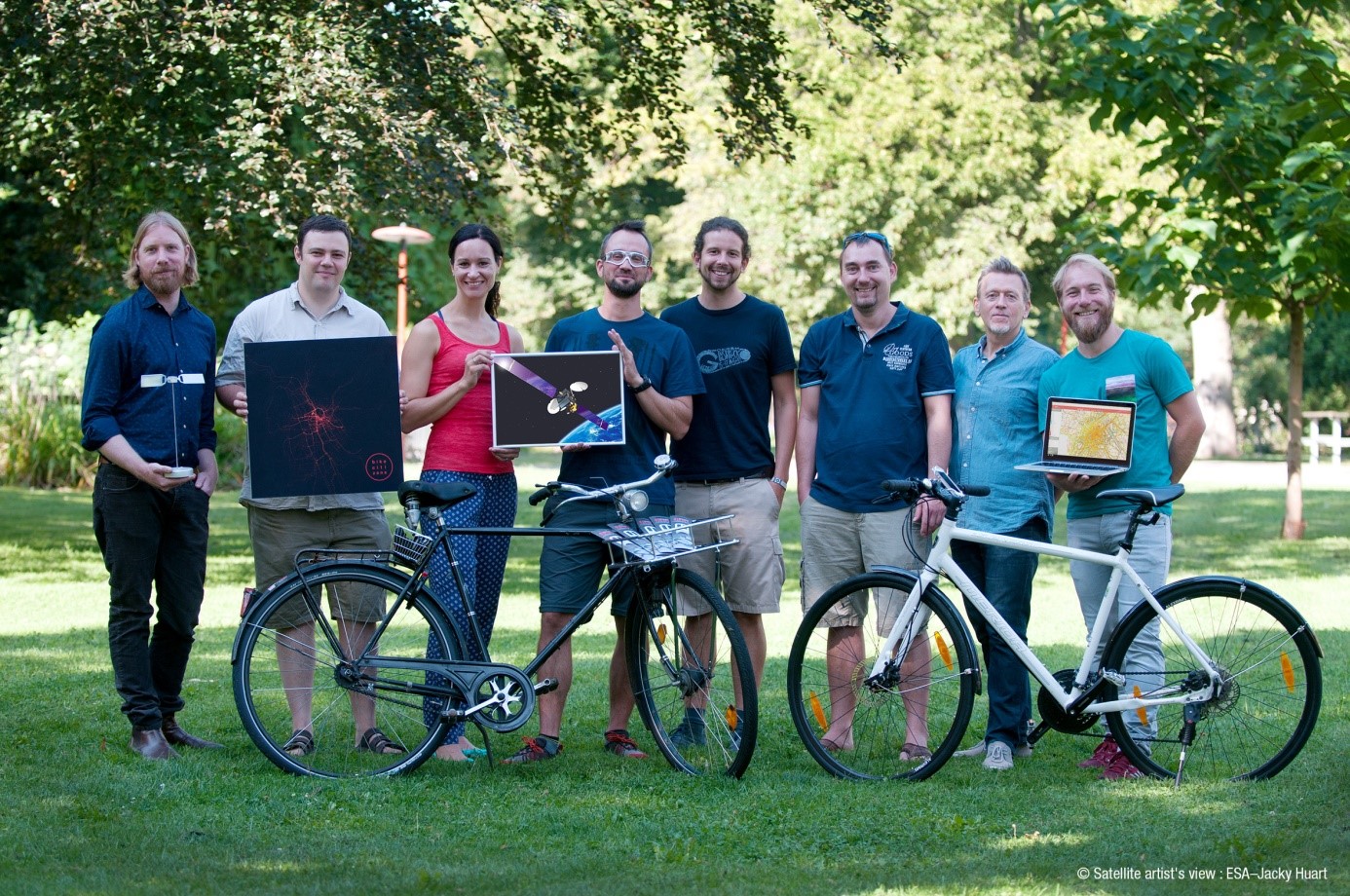