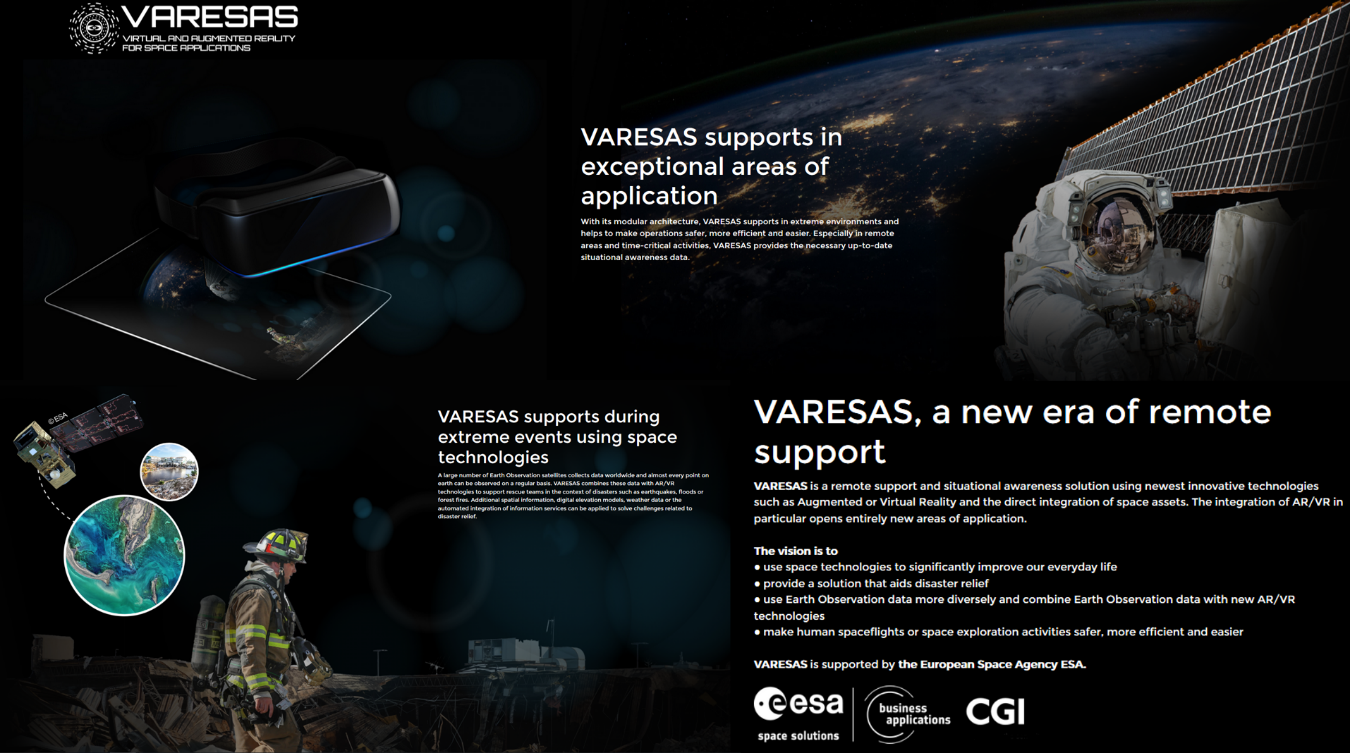 VARESAS is a concept of a remote support solution that will use newest innovative technologies such as Augmented or Virtual Reality, integrated with Earth Observation data.

Users and customers are distributed among many sectors. Governments, federal authorities and situational awareness centres are targeted as main customers/stakeholders in the context of emergency response. Federal agencies for technical relief or governmental organizations associated to federal offices for civil protection will have a great advantage to have remote assistance and support capabilities. The core User Needs that are served by this system include increased situation awareness, increased diagnostic possibilities, increased availability of experts, and faster response time.

The VARESAS system connects and aggregates information originating from various sources. In the context of disasters such as earthquakes, floods or forest fires, VARESAS will support and guide rescue teams using Earth Observation data obtained from satellites with high revisit times (radar and optical), real-time drones data, spatial information or 3D terrain models, weather data and the automated integration of further information services. The server architecture has a modularized design. Additional functionalities may be added on top to answer various user requirements. Data can be blended into an already existing dataset, or a dynamic source can be added to actively import relevant information. Artificial Intelligence is used to automatically enrich data sources.

The core layer computes the different situational awareness information and includes different algorithms such as Artificial Intelligence / Machine Learning processors to recognize and analyze images or shapes, and AR modules. Supplementing images or visualizations with computer-generated additional information or virtual objects by means of overlay can be generated as well.

The core layer provides also an algorithm to combine environmental information with computed data from AI/AR modules and provides automated quality control processes. A Geospatial analysis for geodata analytics is embedded, with the Sat2Map feature it is possible for emergency services to make use of a faster and more up-to-date map of the infrastructure including correct dimensions. 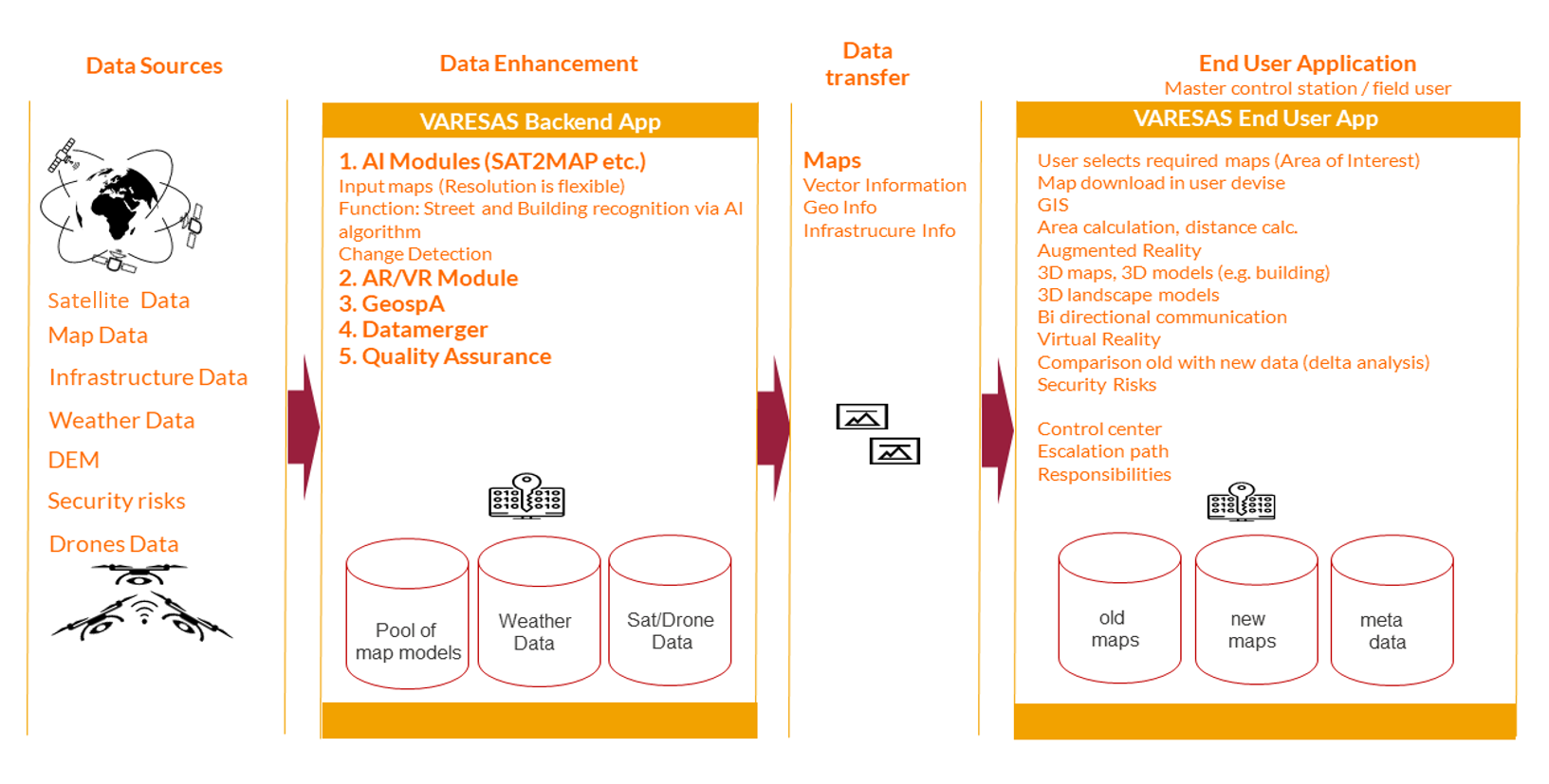 A large number of Earth Observation satellites collect valuable data worldwide and almost every point on Earth can be observed on a regular basis. In the design of VARESAS, Earth Observation data will be used more diversely and can be combined with new AR/VR technologies. In the event of an emergency, satellite imagery can provide important information about the situation on the ground. After a disaster, they are often the only sources that can quickly provide an up-to-date overview of a specific area. In the concept of VARESAS we implemented a direct access functionality to Earth observation data (radar and optical) through a direct API integration. Earth observation imagery from Sentinel 1 and Sentinel 2 will be used. Dove data from the company Planet is also foreseen, in order to get a more frequent image capacity. The upcoming SAR constellation of the Finnish company ICEYE is also considered.

A concept for a complete range of tools for information sharing and remote support has been developed. The specific services can be implemented by an interface allowing the real-time integration of several information produced by different types of devices such as cameras, drones or satellite images. It has been demonstrated how it is possible to reduce the problems faced by customers and stakeholders and help them to achieve the desired outcomes.

A follow-up Demonstration Project is being planned to further assess the technical feasibility and the commercial viability of the proposed service.