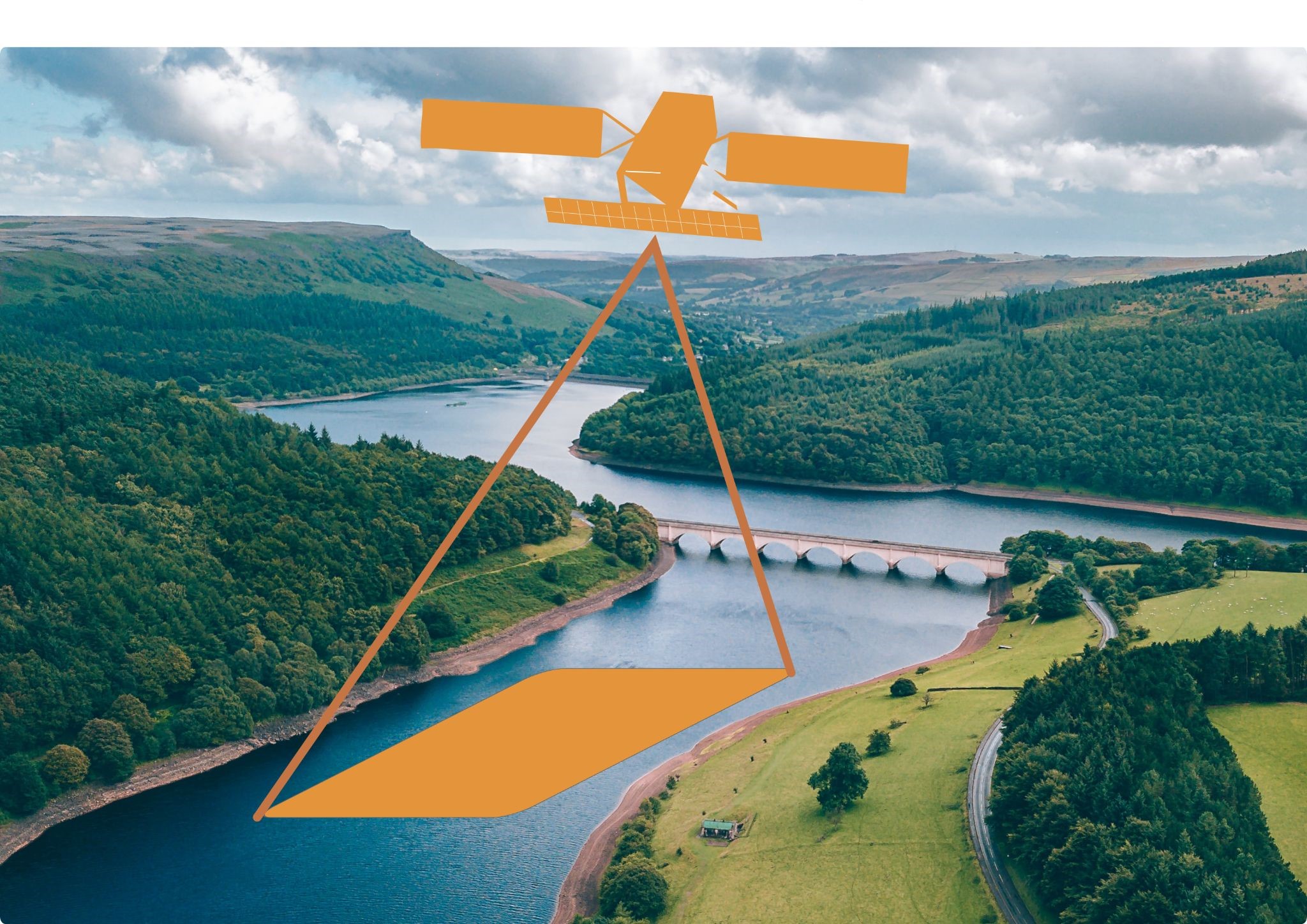 At the current state of technology, river flow monitoring still relies on in-situ stations installation on selected points of interest. This approach is subject to many limitations like the continuous maintenance and the difficulty to expand the observations to other sites because of the cost of installation and potential lack of power supply and data connection, especially in remote areas. As far as the forecast approach is concerned, traditional prediction methods are often based on a “past-to-future” approach, i.e., historical data are simply extrapolated to the future. This approach is generally subject to poor accuracy as it does not take into account the current status of the catchment and the predicted weather forecast for the next forecast horizon.

WatAspace has been developed to tackle these limitations by using a multi-model multi-data approach. Satellite images from different sensors (Sentinel-1, 2 and 3) have been used in order to enrich the information content and improve the update frequency. At the same time, meteorological data have been collected to provide valuable ancillary information to be later used in prediction mode. Then, tailored machine learning algorithms and physical models have been calibrated against historical water observations to estimate water discharge in rivers and water level in reservoirs.

WatAspace may be used to predict water flow in the next hours, days or months, according to meteorological forecasts.

Many public and private actors are interested in river monitoring for various reasons:

The challenges to fulfil these needs are related to the spatial size of the water body to be monitored (the smaller, the more difficult to detect from satellite) and the temporal aggregation of the results (the smaller the interval, say hourly, the more difficult). To solve the spatial issue, high resolution satellite images can be used, whereas to solve the temporal issue, weather forecast and physical models can be employed to integrate the satellite revisit time.

The experimentation has been carried out on test sites in Italy, but WatAspace can be applied to any water body all over the world.

The satellite images and meteorological observation has been collected from Copernicus and local Open Data portals respectively. WatAspace has been calibrated on nearby locations where historical water observations were available. Then, the system can be exported to the target location, by downloading historical data and creating a final hybrid monitoring and prediction model putting together the WatAspace technology with the hydrological model of Waterjade. On ungauged rivers, Sentinel-3 has been used to calibrate the other EO techniques, and the hydrological model can ingest the EO data that, corroborated by weather data, are then translated in hydrological variables.

Finally, the service is deployed via a dashboard, where the user can login and see the water data in a convenient and graphical way, or simply via APIs for a faster and easy-to-integrate manner. 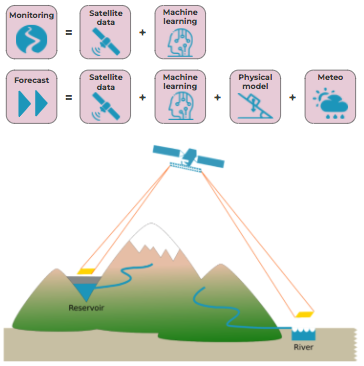 The novelty of WatAspace has been the joint use of different satellite images in order to exploit the different information content about the status of a waterbody:

The joint use of the three sensors can take advantage of the pros of each one, mitigating its weak points at the same time. In particular, Sentinel-3 has been used in its altimetry mode to detect the water level, whereas Sentinel-1 and Sentinel-2 have been used to detect the presence of water, providing an estimate of the cross-section of the target.

By using a dedicated Artificial Intelligence infrastructure, the three different data have been finally merged to obtain a robust and comprehensive dataset.

WatAspace has been tested on pilot sites in Italy on gauged targets in order to validate the accuracy of the service.
The integration of Sentinel-1 and Sentinel-2 enabled the reconstruction of discharge and water level in rivers down to 50 m in width and alpine lakes down to 0.0038 km³ in volume. Sentinel-3 has been used for calibration, enabling the use of the service also on ungauged targets.