Belgian company Avia-GIS NV, is about to scale up its commercial activities and introduce its award-winning VECMAP® pest control software to the European market. 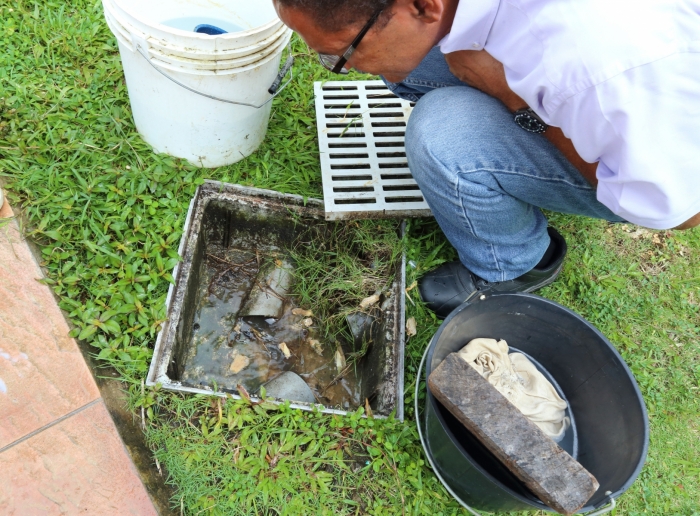 The success of VECMAP®, developed with the support of ESA’s Business Applications programme, has now secured the company an ‘SME Instrument’ grant. The 1.6 million grant represents a real boost for the business, based near Antwerp, which looks set to become a global commercial market leader.

Vector-borne diseases account for more than 17 per cent of all diseases, according to the World Health Organisation (WHO). The VECMAP® software suite, winner of three innovation awards, is radically changing the way in which this problem is tackled. Vectors are the factors that transmit the infectious disease from one organism to another. In humans typical vectors are mosquitoes or ticks; resulting in malaria, dengue fever, yellow fever and even plague.

Vector-borne plant and animal diseases can devastate agricultural productivity and compromise ecosystems globally. As a public health issue they cause more than one million deaths annually of which over 600,000 are due to malaria (WHO).

What’s worse is that vector-borne diseases are on the increase, now appearing in countries which were previously unaffected. This trend is a result of globalisation, increased interconnectivity and growing transport networks – with pests travelling the world in containers and aeroplanes providing the perfect way of carrying pathogens from place to place. As the risks spread, so do the substantial economic, ecological and public health implications.

Traditional methods to monitor/control are resource-intensive, often using harsh chemicals in  ‘carpet bombing’ scenarios.  In 2014, however, the EU stipulated that member states should use proactive prevention, applying Integrated Pest Management (IPM) principles that combine a variety of methods to attack the entire lifecycle of the pests.

VECMAP® software is a ‘one-stop-shop’ enabling state-of-the-art proactive prevention. Earth Observation imagery is combined through statistical models to provide vector disease risk maps and other value added services which help to identify the main habitat of the pests. GNSS enabled smartphones provide geo-localised data to the VECMAP system – which can be used to position traps and other IoT devices as required. ‘Smart’ data-driven control measures then dramatically reduce the use of insecticides.

“ESA Business Applications offered us the unique opportunity necessary to reach our goal which is to develop and commercialise tools that bridge the gap between research and decision-making, ” says CEO of Avia-GIS, Guy Hendrickx.

The software is available for researchers and decision makers and the grant enables the development of a version for pest-control operators. It is aimed at 3,200 SME pest controllers in Europe, and will help them make the shift to IPM strategies.

Davide Coppola, European Space Agency says: “ESA Business Applications help stakeholders to address commercial and technical risks throughout the application development lifecycle. This  transforms promising concepts into applications that are ready to go to market. VECMAP® is an excellent example of how ESA can help businesses to develop innovative and profitable space-based services, that are ready for commercialisation at scale.”

Avia-GIS was established in 2001 and as an SME (small or medium-sized enterprise) has grown 17 per cent per year, steadily  building public authority trust. Avia-GIS employs 13 highly-specialised staff and has an annual turnover of 2M€.