The worldwide potential market for satellite-based train control systems is quite large. The demand is driven by the growth of the core signalling market (+6% year), the government directive in the USA and to some extent in Russia, the new private players (the mining sector) and the need to modernize old and low traffic lines in Europe.

An important market force is the need to deploy new railway lines in areas where maintenance costs are prohibitive (South Africa, Russia, Australia, Brazil). These needs can be fulfilled adopting satellite technologies in order to reduce trackside circuitry and equipment to the largest extent.

The primary market segments for the satellite-based ERTMS systems are the following ones:

The SIL-4 train localisation at signalling system level shall be developed in accordance with the CENELEC norms and the tolerable hazard rate (THR) for train GNSS Location Determination System (LDS) shall be derived by means of the hazard analysis and risk assessment for ETCS Level 2 applications (through the reference of the ETCS Class 1 documents). This analysis will be reviewed by an assessor. The localization service will be based on the provisioning of a safety service including the liability obligations versus the service level agreement. The signalling industry is used to design, develop and deliver solutions which have been certified according to the safety requirements. The customer will be responsible for maintaining the EMI environment associated with the system during the commissioning phases.

The 3InSAT project will include the following  four main developments: 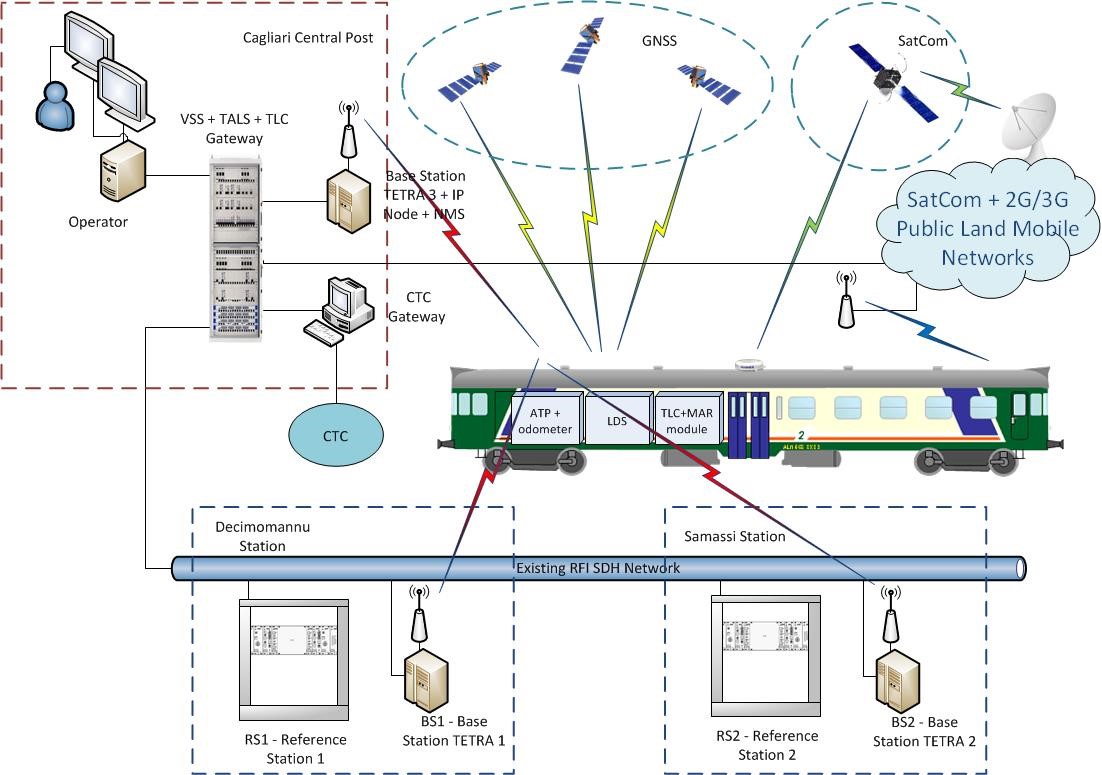 The OBU LDS computes the train position to provide virtual balises by using (a) the local GNSS signal, (b) the augmentation information for integrity monitoring, (c) the digital track map stored on board, and (d) the SIL 4 odometer data. The on board bearer-independent telecommunication subsystem will take care of ETCS messages and other important system information through the use of the MAR. 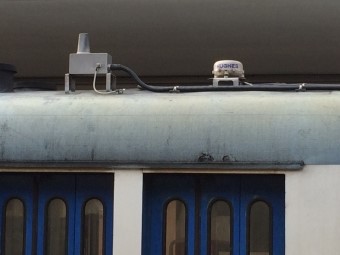 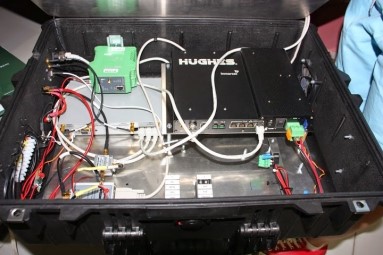 Compared to a traditional system, the life cycle cost (LCC) of a satellite-based train control system will be much lower. The market expectations for a LCC reduction are in the range of 20-40% including the costs of the new equipment and the relevant investments. Concerning the telecommunication component, the target LCC reduction compared to ground-based systems (assuming 10 years operations) is 30% to 60% including the amortization of investments to customize and certify the terminals.

The economical evaluation on Regional Network in Europe estimated that the introduction of ERTMS satellite in the Regional European Network (in the selected countries) generates benefits for about 35 billion Euro, with costs which sum up to 16 billion Euro in a 35-year time horizon.

The Estimated Returns for train control providers in the project scenario are represented hereafter:

The  demonstration campaign of the integrated solution (LDS Based ERTMS Signalling System + TLC) has been completed  in Sardinia trial site in February 2016.  The system under test on the ALn 688 Train  along the  Cagliari-San Gavino railway line was composed of the following building blocks:

The measured KPIs have confirmed the applicability of the GNSS technology in the railway domain for the implementation of the Virtual Balise.

The telecommunications bearer independent solution (using 3G/4G SATCOM and TETRA)  have reported performance in compliance with  "Euroradio" protocol requirements / specifications in most of the cases, with some exceptions  in particular on the “Safety Layer Connection Establishment Time”.

The successful integration between the LDS based ERTMS L2 signalling system and the bearer  independent solution (where SAT link has been used as the backup) has been demonstrated. The signalling system was working in Full Supervision mode, guaranteeing full train protection.