a) Collecting the users' needs and identifying the most relevant information gaps of today's avalanche warning including information processing and transmission to the general public.

b) Listing the available technologies to measure snow-related parameters and including their strengths and weaknesses relevant for avalanche warning.

d) Evaluating the identified service outlines with regard to technical and economic feasibility.

e) Collecting recommendations for follow-up studies and developing a roadmap.

Stakeholders and users of avalanche warning services are quite diverse in terms of their organizational structure and extension of the Area of Interest. They can be classified as follows:

National or regional avalanche warning services are the targeted users of the Alpine Avalanche Forecast Service. The alpine services group involves rather diverse users, such as road and forest administrations, local avalanche commissions, ski resorts or public authorities. The table below gives an overview on the parties participating at the user workshop. 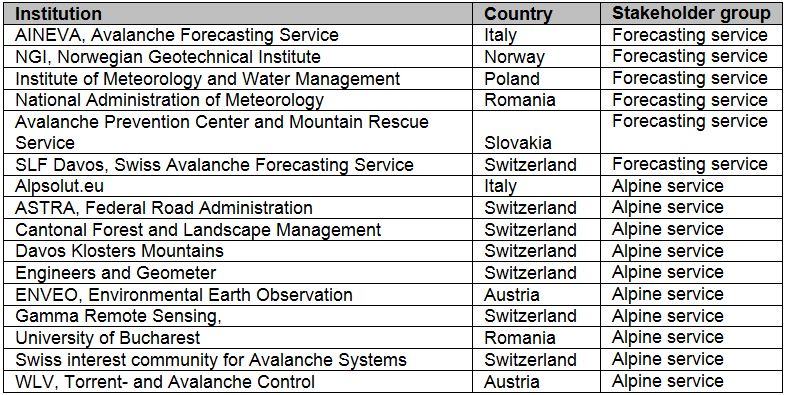 The system architecture (Figure 2) is composed of four main modules: a) a terrestrial radar, b) data from very high spatial resolution satellite radar, c) data from high/medium spatial resolution optical satellites, and d) the user interface. The remote sensing modules provide information in a generic way so that particular products can be easily transferred to a user interface, (module d). Most of the potential users already have an operational information portal. The plan is to integrate the potential service into existing user interfaces. (e.g., operational information platform GIN in Switzerland (http://www.gin-info.admin.ch/gin_index_en.html). 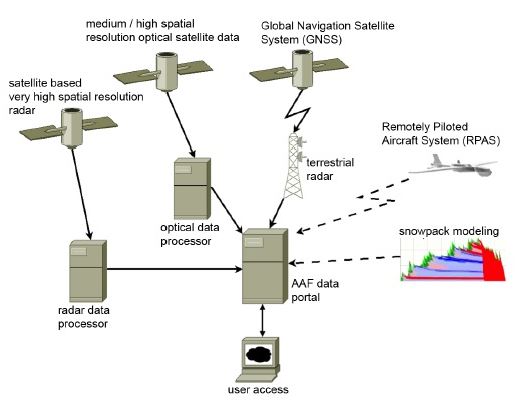 It is expected that earth observation data acquired by satellites will provide significantly wider coverage, assuring data acquisition even under bad weather condition (radar data). In combination with terrestrial radar measurements a highly reliable avalanche detection system could be possible.

Products were acquired by the terrestrial radar from January 1st 2014 until April 24th 2014. Avalanche activity, freerider tracks and snow displacement was detected several times during this period. The GPRI products (module a) were validated using simultaneous webcam imagery (Figure 3). However these products are only able to cover selected key slopes of a few square kilometers.

To map avalanche activity over large areas (> 1,000 km2) high-resolution satellite based radar data (module b) was analyzed applying change detection techniques (Figure 4). The validation against the AvalMap database of SLF, where all observed avalanche events are recorded,  showed satisfying results. However, the data availability and the temporal resolution of these satellites are insufficient today in order to allow for an operational service and the costs per scene are currently too high. 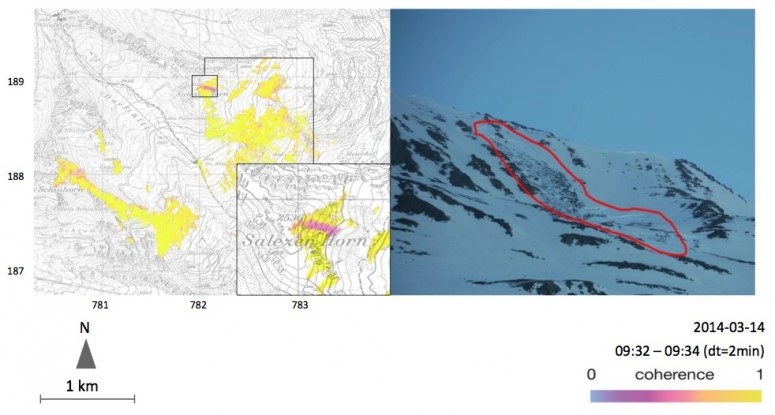 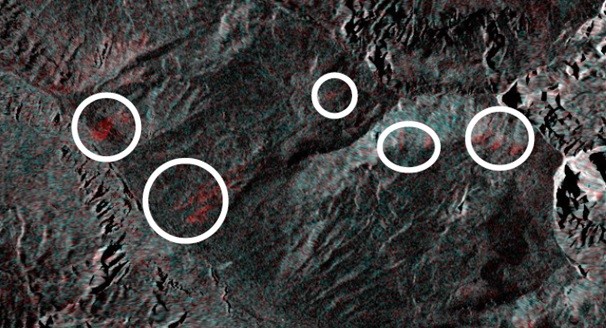 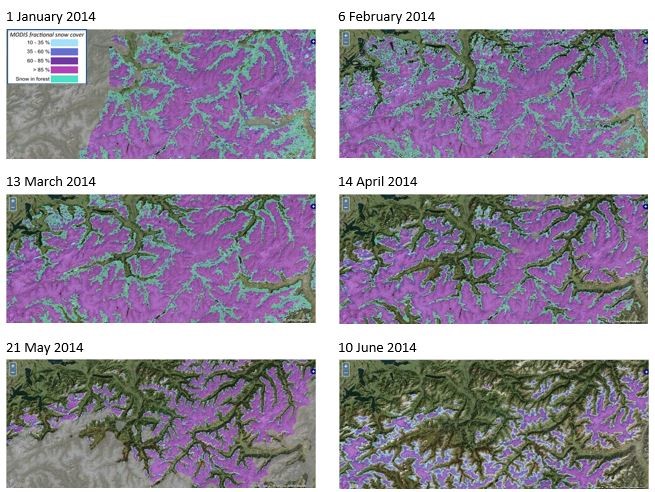 The AAF project was structured into six work packages (WP). After kick-off in September 2013 a user workshop took place in Switzerland in November 2013. During winter 2013/2014 the system service modules were tested at different test sites. The terrestrial radar generated results from January to April. Very high spatial resolution satellite data were available from January and February 2014 and medium resolution optical satellite data for the entire winter period 2013/2014. After the verification of the results, the consortium collected final user feedbacks and started to plan follow-up activities. The project ends in December 2014 with the Final Review. There is no plan to apply for a follow-up IAP demonstration project but the Swiss consortium members will carry on with several activities during winter 2014/2015, based on the outcomes of this project. The terrestrial measurement will continue at Dorfberg and other test-sites in Switzerland and a research collaboration with the Swiss Federal Institute of Technology in Zurich (ETHZ) on interactions between radar data and snow cover properties will start in 2015.

Despite the fact that the investigated technology has a big potential to improve operational avalanche warning services, a set of critical issues have been identified which need to be solved in order to set up a sustainable operational service, which is valuable to the avalanche warning community as well as viable for the service provider:

However, the close interaction between the project consortium and the different user groups substantially enhanced the understanding of the potential of satellite data for avalanche warning. Several follow-up activities will further investigate this topic.