The following products are delivered operationally by the ASAP System on the basis of satellite and meteorological data:

The Users have been initially identified and selected as a result of the previous IAP Feasibility Study, and can be  divided into four main segments:

The first and fourth of these groups are recognized as likely to be the most profitable clients of the ASAP Service.

ASAP products are offered in two ways, as freely available and chargeable products.  The freely available products are available to all interested Users in the Service portal on the Farmer.pl website, and are rather general in character – these products have national and regional scale, but can also be used by individual farmers.  The chargeable products are delivered to paying customers via a mobile app “Agro-Assistant”.  The ASAP customers are given individual protected accounts, where all the products and analysis purchased by the customers are stored and displayed. The Agro-Assistant App offers the following ASAP products: Maps of crop conditions developed on the basis of Sentinel 2 satellite data (NDVI index) for each cloudless acquisition of Sentinel 2; Maps of water content in crops on the basis of Sentinel 2 satellite data (NDII index); Maps of soil management zones (once per year); Maps of problematic areas generated on the NDVI index maps from the three most recent Sentinel 2 images; Maps of alerts based on NDVI index decrease between the current and previous image; Maps of potential yield obtained from the monitored field and the fertilisation dose. Subscribers can add boundaries of Regions of Interest (ROIs) to obtain a more detailed analysis. For ROIs, farmers receive maps of crop condition as well as the maps of alerts, and if carefully selected can enable farmers to control the crop condition in the most vulnerable areas.

As well as maps, a graph demonstrating the value of the NDVI index over a defined period of time is generated, as well as the weather forecast and accumulated weather data. The User can also add information on the current crop sown in the field and any performed treatments. 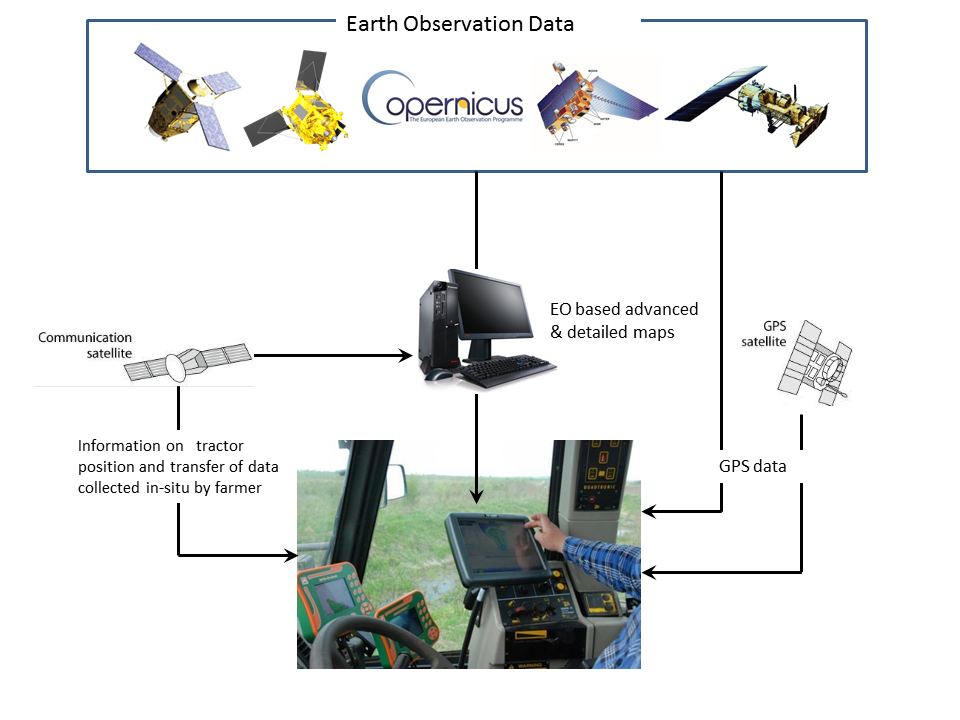 The proposed products are based on a combination of data: in-situ and satellite-based measurements in order to deliver reliable and effective products; satellite data is obtained from various satellites, both optical and microwave (Sentinel 1, Sentinel 2, Planet Labs, MODIS, NOAA AVHRR). 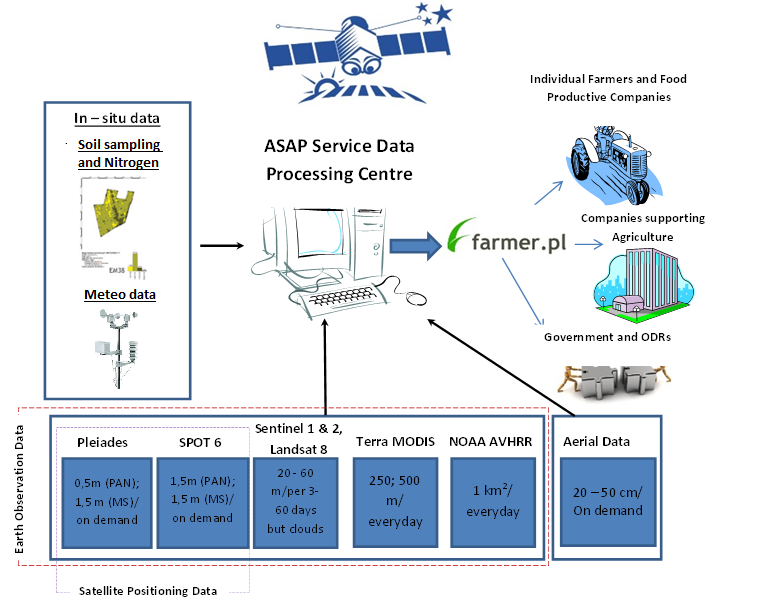 In response to the needs of insurance companies, the ASAP team has developed a prototype of a comprehensive monitoring system for crop condition after negative overwintering of crops, based on synergistic use of high resolution optical and radar satellite data (Sentinel 1 and Sentinel 2), low resolution satellite data (MODIS and NOAA AVHRR) and  meteorological data.

On request of the National Supporter of Agriculture agency (KOWR) in Poland, the ASAP team has also developed a prototype Drought Monitoring system, based on Sentinel 2, NOAA AVHRR and meteorological data.

The ASAP System is currently designed to deliver:

- free of charge services offered via the existing asap.farmer.pl platform;

- commercial services to be offered via a mobile application “Agro-Assistant”.

The mobile application approach is the result of limited capabilities of further upgrading the asap.farmer.pl portal, due to architectural limitations of the website and at the same time higher expectations of Users for portal functionalities and the need for commercial provision of the services.

The Agro-Assistant Mobile App was released in May 2018. The app was developed by the company “Sustainable Innovation” which was established by Michał Wyczałek, owner of GEOMATIC (one of the ASAP partners). A contract has been signed with Timas Agro Polska (a fertilization producer and distributor company), for purchase and delivery of the mobile app to the company’s clients for ASAP products for 20,000 ha in the season 2018/2019.

ASAP products have also been delivered on a commercial basis to other Users such as a fertiliser producer and distributor and to the insurance industry.

The ASAP Demonstration Project is now completed (with a CCN in preparation). 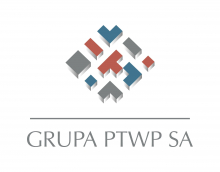 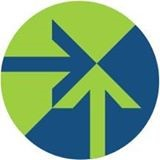