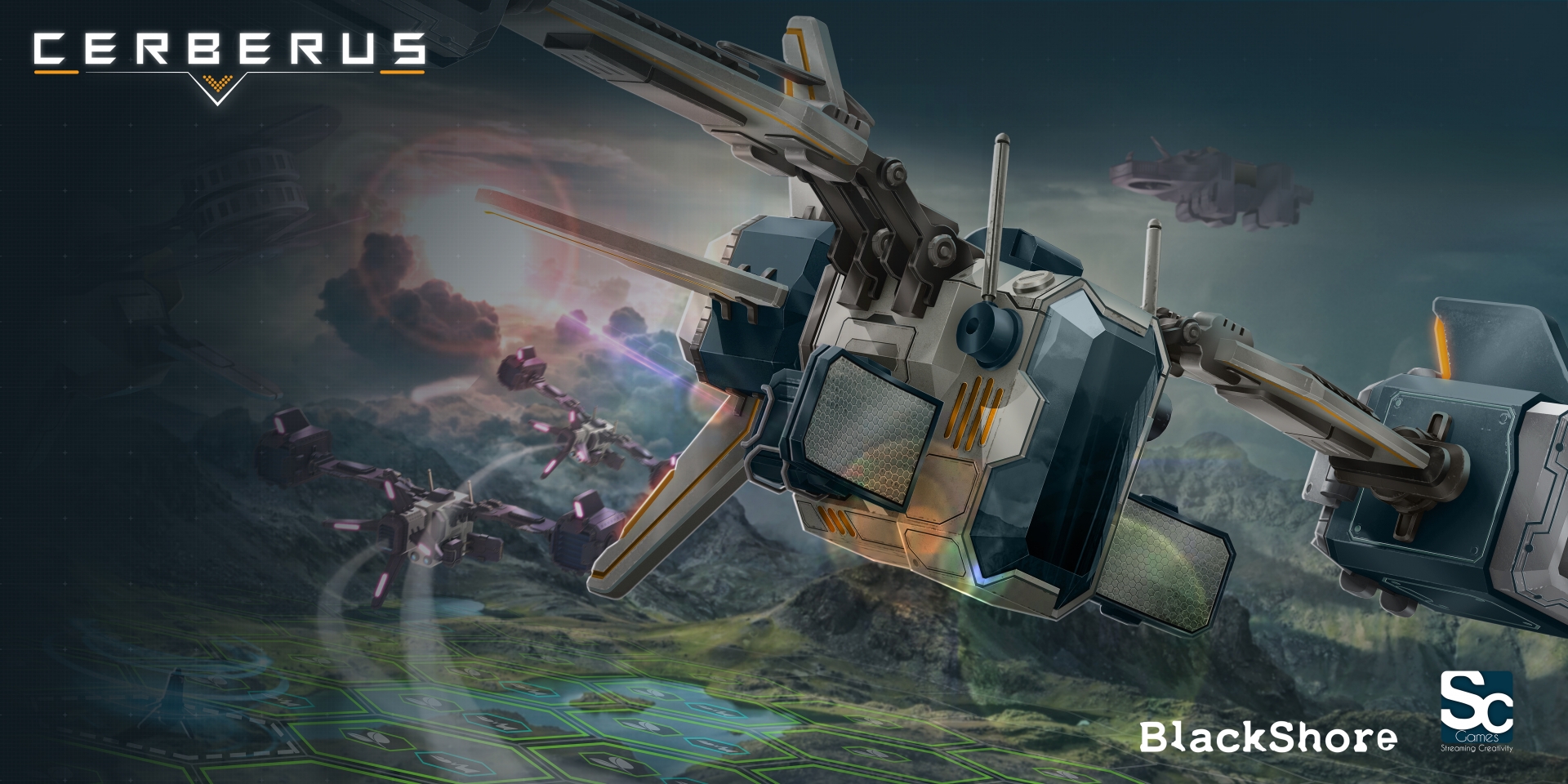 This project is the follow-up of the IAP feasibility study Cerberus: Forest Falcon, taking into account the lessons learned and to scale up capabilities for large deployments. This project covers seven crowdsourcing initiatives, each one addressing different challenges but using the same Cerberus platform.

The seven crowdsourcing initiatives address areas such as thedetection and prevention of illegal logging and fishing, sustainable agriculture, understanding communities in the context of water and natural disaster resilience while educating and involving the global public using space resources and social gaming mechanics.

Public engagement through a game

The project carries out seven initiatives each having a slightly different scope for five users throughout the duration of the project.

Project 1 | “The path to a well” with AKVO in Mali

In the context of water resilience, upon the request of AKVO, supporting UDUMA working on the installment and maintenance of manual water pumps we will detect fresh water sources and monitor existing water sources, then we can start mapping the infrastructure between water source and communities. In this case we use very high-resolution satellite imagery in which we can detect objects of 50 centimeters. It will allows us to distinct walking paths from roads which can have vehicles. This will later allow us to calculate travel times between water source and livelihood.

We mapped an area of approximately 10 by 10 kilometers whereas one pixel will be 50 centimeters.

The following features are detected:

* We made a distinction between manmade and natural water source for example).

Project 2: “Drivers for Human Conflict” with the Hague Center for Strategic Studies in Mali

The Hague Center for Strategic Studies is conducting research involving information in the support of the WPSI (Water, Peace and Security Initiative ) in Mali.

This user ‘d like to have a map of approximately 10000km2 whereas the area will be mapped for infrastructure, lively hoods and water sources. In addition, a mapping will be done of dried up rivers and active rivers.

The overall research is being conducted to investigate what potential drivers are for conflict, whereas in this case water, or better the absence of water is seen as a main actor. The outcome of this project showed us the region is drying out, while communities are growing. Even more, we are already looking into the cause of this which is possibly poor land use and water consumption for the wrong crops. This led to project 4, Desert Control.

Project 3: “Brazilian Oils” with The Forest Trust in Brasil”

This project covers an area of approximately 10000km2 and involves an area in Brazil where palm oil production is prone. From The Forest Trust, Firstly BlackShore got several requests for information involving insight in historical context such as deforestation and the growth of palm oil quality. 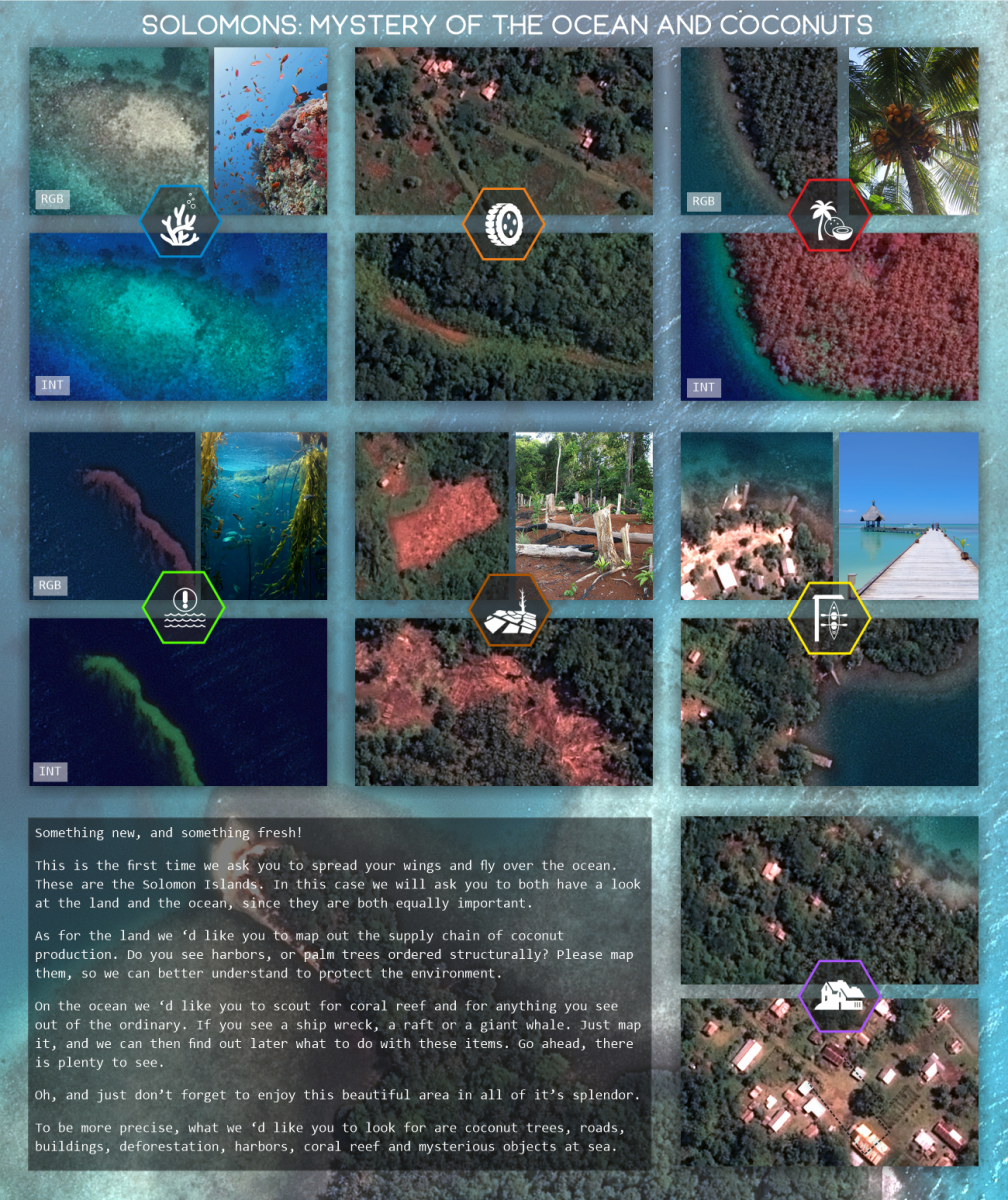 Second, The Forest Trust is interested in information on the existing infrastructure to estimate logistic travel times between communities and large agricultural farms. In addition, our request is needed to search for candidate areas to plant new palm oil plantations without the sacrifice of any natural rain forest. For this land characteristics are required such as accessibility, soil type, flatness and the absence of nature.

Third, The Forest Trust, is interested to get estimates of total CO2 stocks being present in the natural rain forests, this is an important part for TFT, since they work is in the philosophy of REDD+ whereas farmers must be supported to work efficiently on their existing land plots and thus eliminate illegal rain forest logging or burning.

Project 4 | “Desert Control” with AKVO and HCSS in Mali

We are mapping a pre-defined data, using open satellite imagery, and generate a baseline map showing the distinction between healthy and meagre crops. It is postulated here that sugar cane is consuming vast amounts of water at the cost of food production. The maps will give us insight to solve these problems.

Worth mentioning, this map overlays Project 2, since AKVO and HCSS appear to be sharing common goals. Hence, project 2 led to the hypothesis that wrong land use is leading to social stress. Now, using satellites and our crowd we can put this to the test. We are mapping an area of 7500km2 using Sentinel-2 imagery.

The following features are detected:

Project 5: “Myseries of the ocean and coconuts” with The Forest Trust at the Solomon Islands

One of the most beautiful areas! In this project we are mapping 100km2 at the Solomon islands at ultra-high resolution detail. It is to better understand coconut production and to map the logistics around it to make the supply chain as a whole more sustainable. 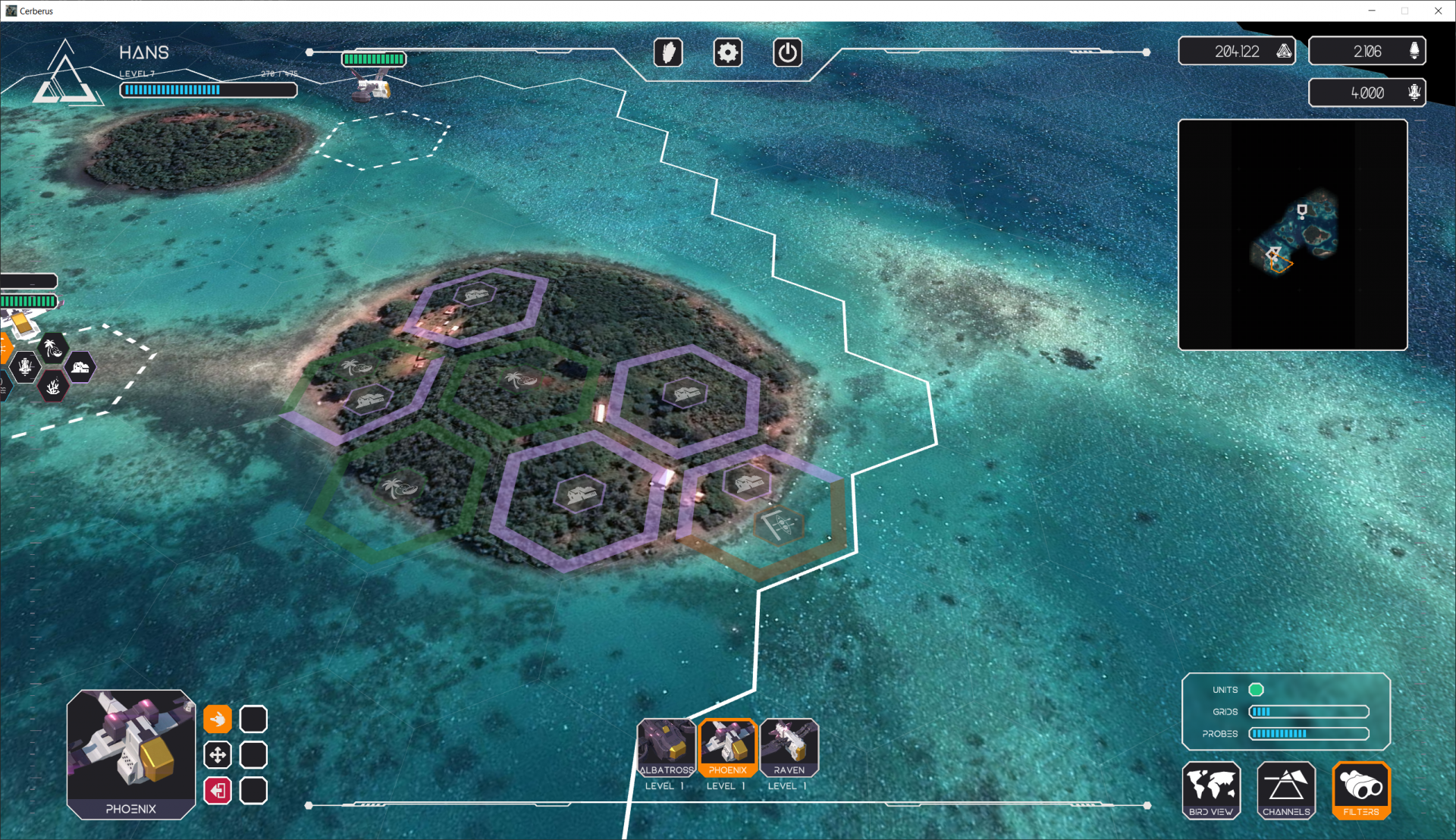 Cerberus on the Solomons, we simulate the world in 3D, because we always work with elevation maps.

Even more, since we will be mapping there anyway, we are going to see if we can help out related to coastal monitoring to check health of reefs and to locate pollution such as plastics. What we already found were giant seaweed tentacles for example!

Related to the protection of wildlife we are going to create a base map of a wild park in Zambia. In this map we are going to map 100km2 to create an overview of infrastructure and water ways along with certain types of vegetation. This map is going to be generated in order to scout for vulnerabilities allowing poachers to hunt, in addition with Cerberus’s 3d capabilities we will attempt to detect strategic locations to locate in-situ sensors allowing us to track cell phone signals. Having 3 units allows us to triangulate whereabouts of potential poachers. 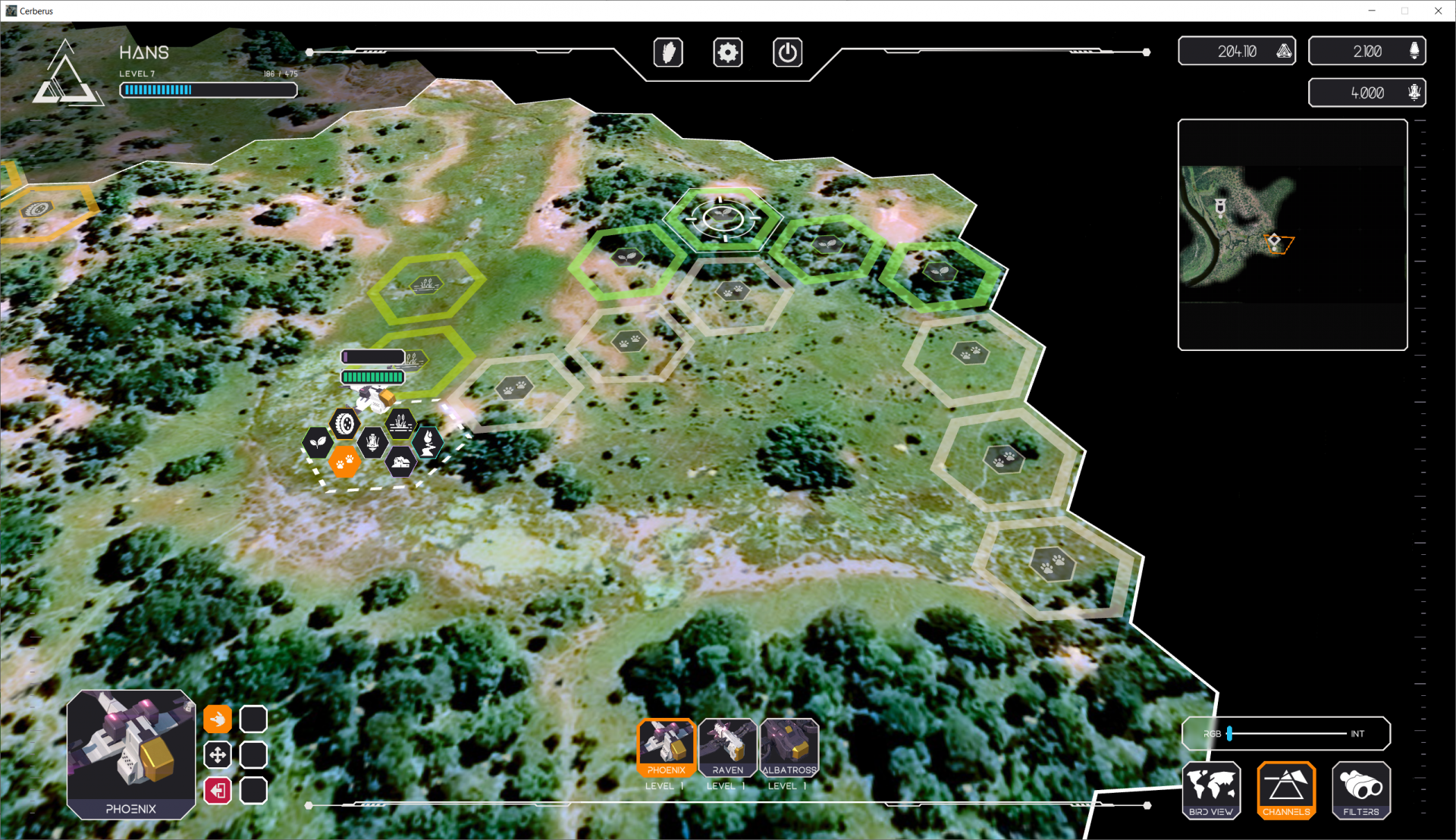 For Q42 we have created a mission to detect large mammals and their feeding grounds. This to better help us to protect the black rhino.

Project 7: “Cerberus: For Food” with the Waterwatch foudation, supported by SAP

This project has been added the summer of 2019. SAP is supporting a corporate social responsibility project whereas SAP Netherlands will help mapping a specific area in Kenia. The goal is to map eucalyptus plantations and deforestation. Eucalyptus is a heavy water consumer, and by mapping this we can start thinking about replacing this with bamboo. This should lead to less water consumption in the region, which will improve general food production for the communities there.

Note for this project a dedicated Cerberus client has been produced to be launched within SAP, where in a competitive way SAP staff can see who is best as mapping! In addition, we launched this map to be played with the main crowd.

Project 8: “Bright colors” with the Rabobank Bollenstreek in the Netherlands

This project is a bit out of scope compared to the other projects, but we add this helping out the Rabobank Bollenstreek, one of the supporting partners. We are going to build a demonstrator connecting space assets with agricultural assets in the region where ESTEC, Netherlands is based. We intend to allow local, but also our global crowd, to play with satellite imagery highlighting the local flowers in their blooming period. Using both multi spectral imagery and colour imagery the users will learn in an engaging way how satellites can help doing the farmers work. In this case we aim to use 0,3-meter satellite imagery. Note, this project has not been carried out yet, but is targeted to be executed during spring 2020. 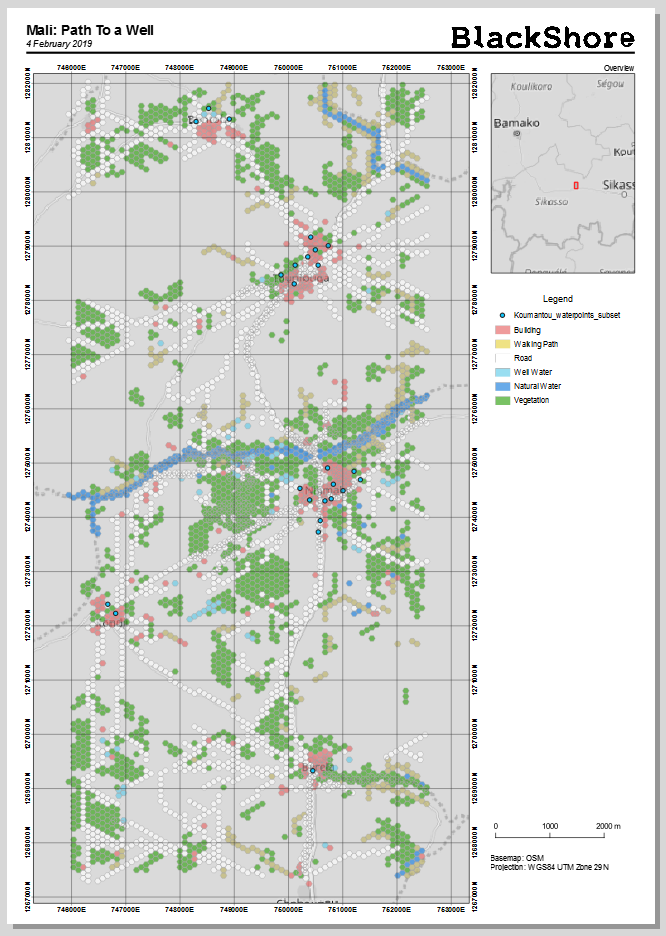 Typical map generated by the crowd. Area: Mali, a Path to a Well

BlackShore’s Cerberus as a product 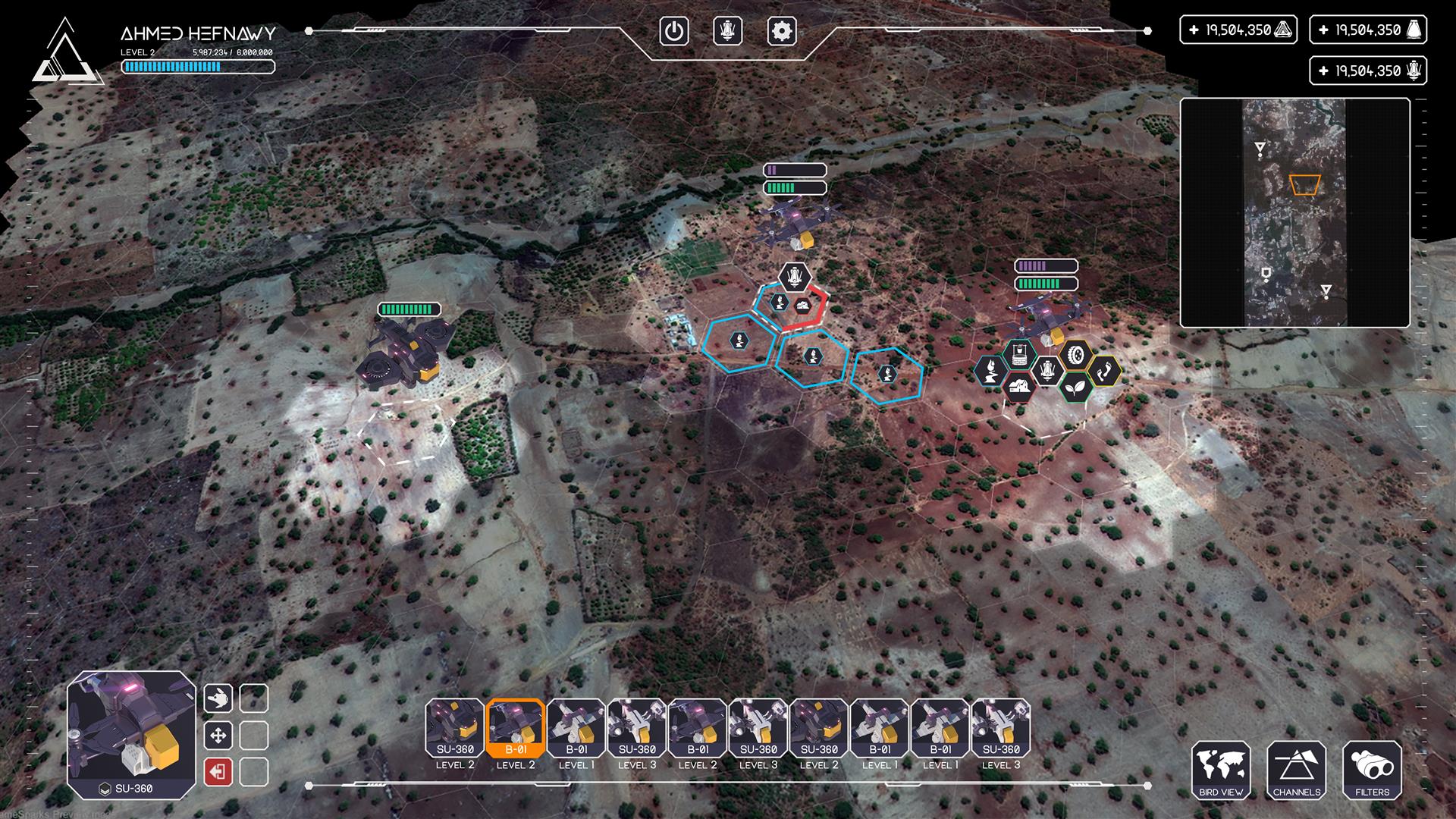 Image: Cerberus game interface during a service trial involving Mali, note in addition to the feasibility study we implemented the integration of surface models (3D).

Cerberus is constructed in the Unity game engine allowing us to support multiple platforms. Right now larger screened computers are supported and Android support is coming up next. Please refer to the next image to get an impression how Cerberus also can run on very large touch displays as demonstrated in the Hague during the Planetary Security Initiative conference 2019: 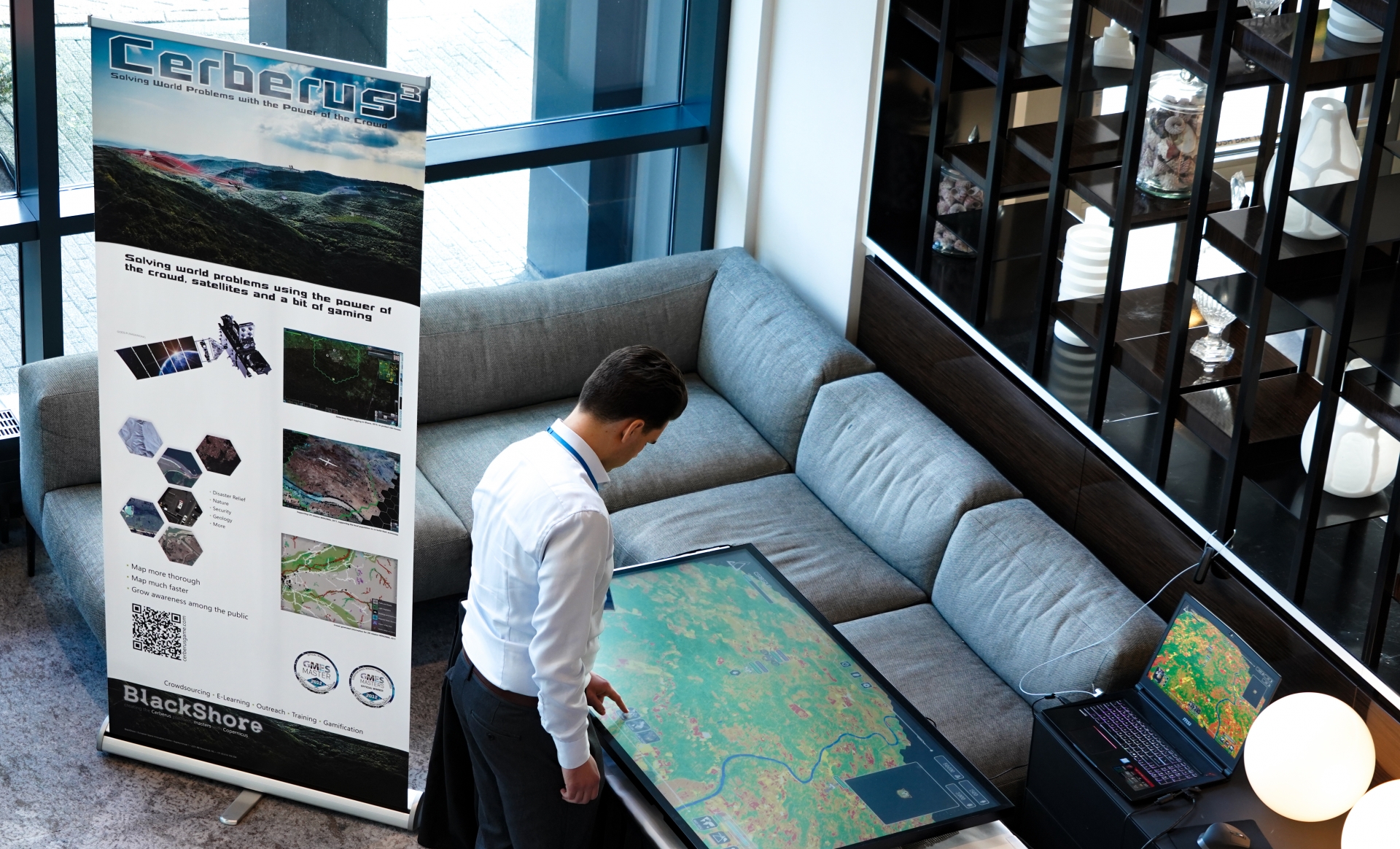 The base of the system consists of open earth observation data delivered through Europe’s Copernicus programme. In the areas of interest where the initiatives are implemented the data is acquired, prepared and presented to the crowd for processing. The project makes use of the multispectral capabilities of satellite images enabling identification of distinct vegetation types and their quality. Both the colour channels and the visualisation of the multispectral channels are presented to the crowd, enabling them to do more in-depth interpretations of the area of interest.

Satellite navigation is used in situ for both validation and supporting on-the-ground activities. Firstly, using navigation it is possible to validate the on the ground what has been mapped from space. Secondly, organisations working in the field can acquire navigation coordinates and venture there in order to see how they can improve things locally.

The project started November 2017 and the actual mapping was commenced in the summer of 2018 meaning Cerberus and her anticipated services are up and running. The overall project was completed November 2019!

You can participate for your self by downloading Cerberus using the following hyperlinks:

Cerberus will also become available on your mobile device soon! 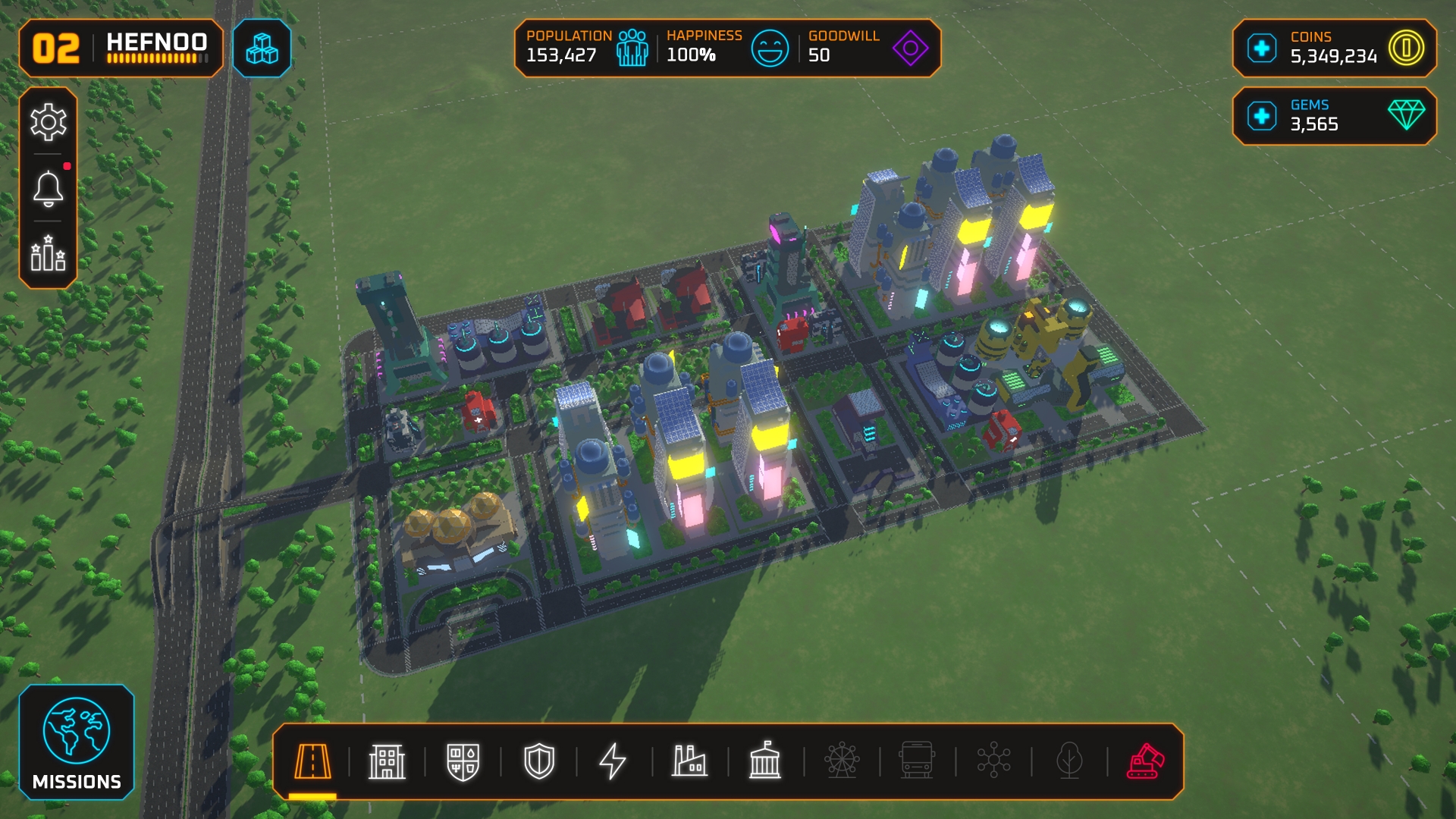 Image: Cerberus on your mobile will allow you to build cities! Gather your recourse by helping out around the globe.