EuroSIM CBRN aims to provide users with a rich suite of CBRN IM modelling capabilities that takes advantage of the latest developments in cloud computing and Modelling and Simulation as a Service (MSaaS) to provide a highly flexible and customisable service offering specifically tailored to each user community’s needs. This enables the provision of flexible pricing models and deployment options such as a scalable pay-as-you-go subscription offering which will enable users to select the services and capabilities that they require access to and pay as they use them. A key feature of the proposed system is the use of space assets to provide automated acquisition and updating of input data streams to enable rapid setup and deployment in any geographical region and adaption to dynamically changing environmental parameters (see figure 1). The system aims to provide both indoor and outdoor hazard modelling, source term estimation and data fusion, with further options to provide automated sensor placement, and processing capabilities to incorporate ground based and space-based sensor data. The new capability aims to provide access to modelling at a range of different levels of fidelity to enable the user to select the output and response time that best meet their requirements.

With the evolving threat of terrorism and the consequences of industrial accidents producing life endangering toxic materials, there is an increasing need for improved local control of CBRN incidents. Consequently, there is an increasing need for first responders, local government and other agencies, as well as commercial entities concerned with risk management and insurance to have access to the type of CBRN IM capabilities available to the military. From a first responder and local government perspective, having immediate access to trusted and affordable CBRN information would significantly improve their situational awareness and enable more effective response strategies to be developed. From a commercial perspective, understanding the risk from potential CBRN scenarios and planning effective mitigation strategies is a vital part of business continuity which would be significantly enhanced with access to a CBRN IM system.

From our stakeholder engagement, it was evident that the majority of user groups have a need for greater situational awareness when dealing with CBRN incidents. In particular, the ability to rapidly and reliably predict and share information relating to the spread and hazardous effects of an airborne CBRN material over time was seen as being of the upmost priority in terms of saving lives and safeguarding response personnel. Information needs to be made available to users in the field as well as back at base and should be displayed in a form that ensures its meaning is immediately accessible to all user types but at the same time not result in information overload. Due to the wide range of different user and stakeholder groups, there is a clear need to ensure flexibility in solution offering both in terms of system architecture and deployment. Many users expressed the need for a system that would integrate with existing emergency response tools, while others required a complete end-to-end solution.

The developed service is targeted at users in the UK, EU and NATO countries.

The primary operational concept of EuroSIM CBRN is for an Information Management system that delivers shared situational awareness and decision support within the context of an unfolding CBRN incident. While the system is designed to be flexible in terms of its deployment, the primary offering will consist of a centralised modelling and information fusion service suite, providing dispersion modelling, information fusion and hazard forecasting, supported by a Consolidated Base Data Service, accessible via a desktop web app and first responders’ handheld platforms, either via a mobile app or a mobile-friendly web interface. The system will also function as a shared workspace in which a team or multiple teams operating within the context of an incident share situational information and access services that build their understanding of the unfolding situation, providing actionable information in a readily assimilable form.

Within this overall vision, three key headline services have been identified, all of which will be provided within an overarching, primarily cloud-hosted system, delivered via web-based user interface accessible via desktop and handheld devices. Two additional supporting services provide coupling with operational workflows and with available data sources. The key headline services we propose to deliver within the initial offering are Dispersion Modelling, Information Fusion and Hazard Modelling and Definition of Key Population Risks. Within the flexible framework we propose, these could be augmented by further services, all delivered within the common service architecture as shown in Figure 1 below. 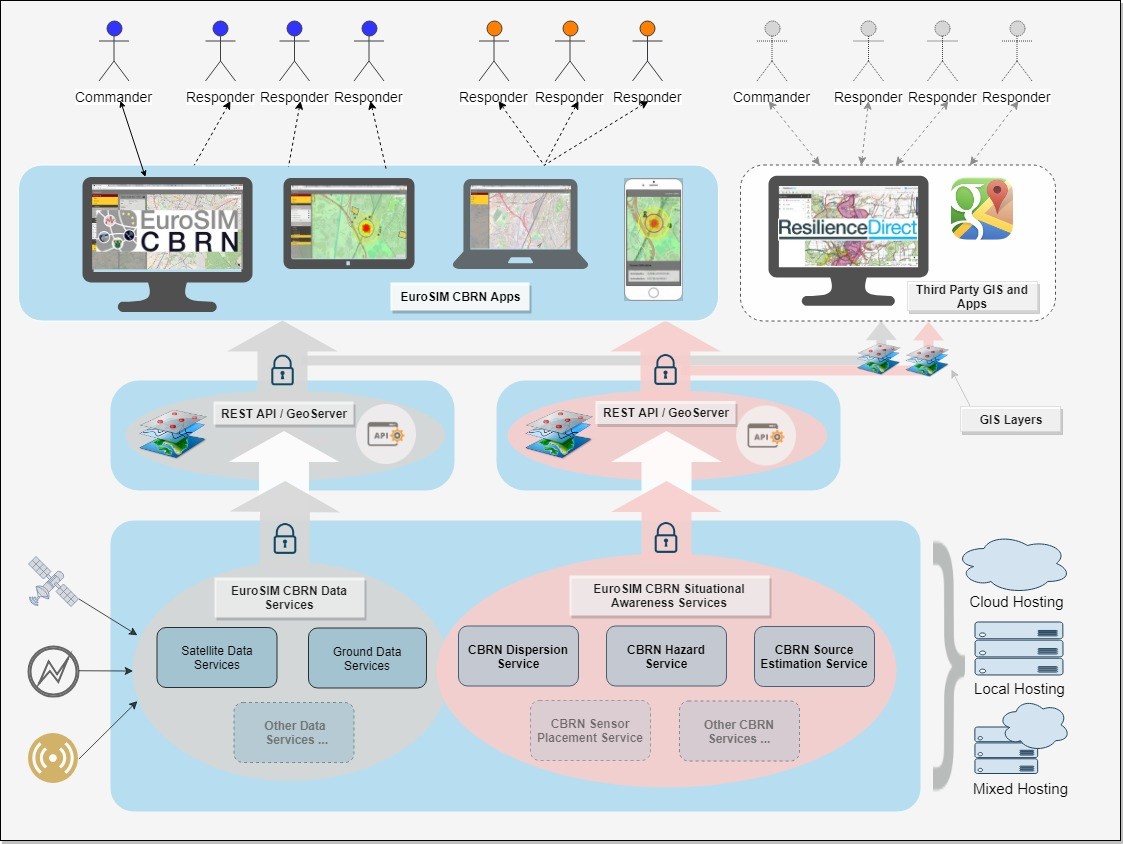 Some of the key aspects of the system vision are outlined below. The descriptions also make initial reference to areas where the proposed feasibility study will help to refine understanding of the system architecture: 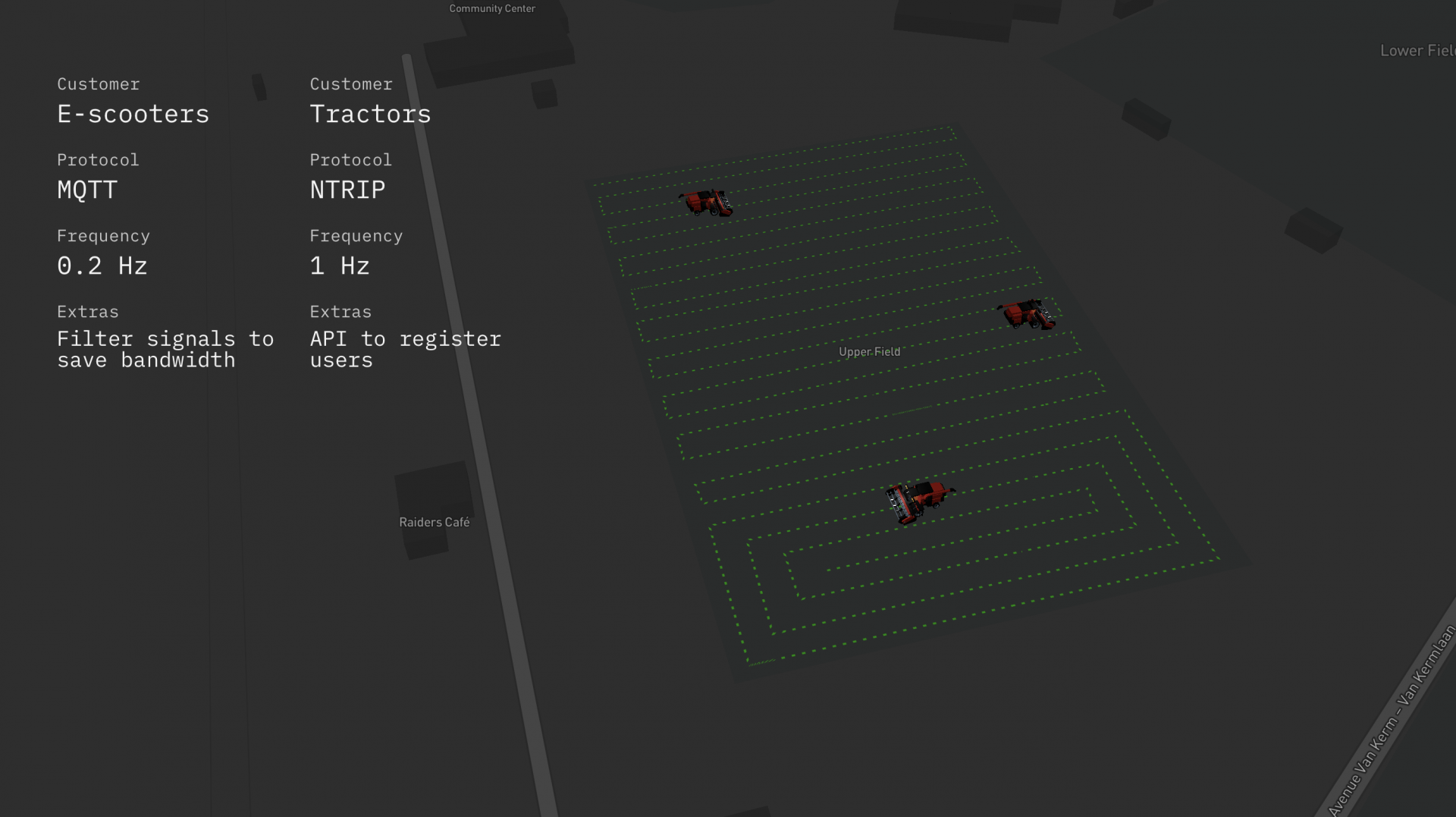 The technical demonstrator shown in Figure 2 and 3, and developed as part of this Feasibility Study utilised the following EO data sources:

To support the additional aim and to provide ease of integration, where possible the space-based data will comply with common data standards such as OGC (Open Geospatial Consortium), NetCDF (Network Common Data Form), etc. Examples of the type of data to be utilised is shown in figure 4. During this study, the Technic 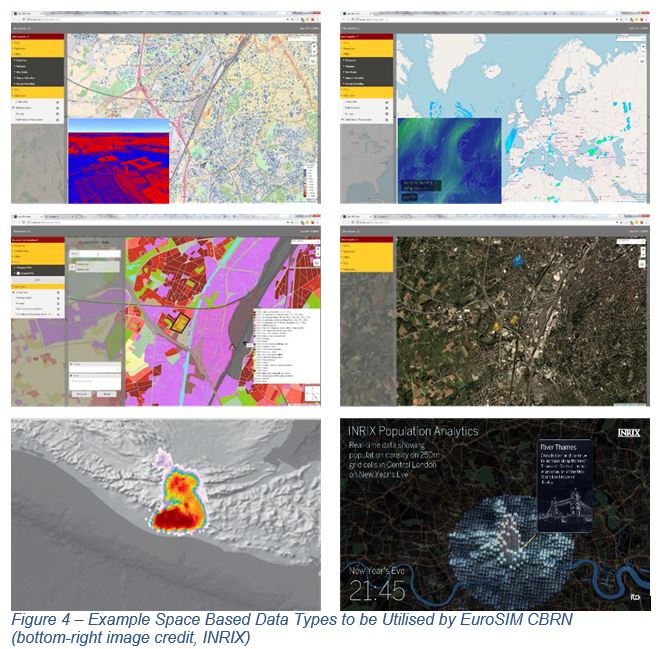 The Feasibility Study has been successfully completed and the Final Review took place on 17th January 2019. The consortium aims to take the study forward to the demonstration phase. The next step will be to secure additional stakeholder support.