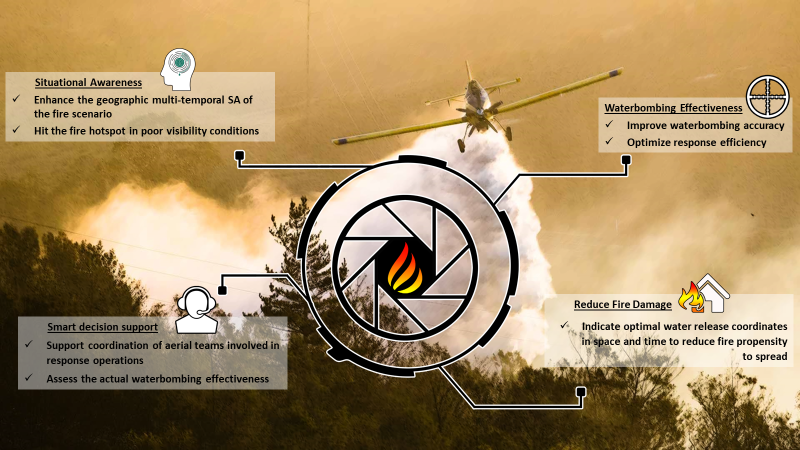 The FB Eye project results from the need of aerial firefighting operators to manage real-time coordination of flight operations, information and to streamline operational response.

The objective is to develop an innovative tool addressing the waterbombing accuracy problem, the most effective weapon against forest fires, since nowadays the water release point is qualitatively eye-assessed by the pilots. This solution enables the waterbomber operators to have a better fire theatre situational awareness and to improve the waterbombing accuracy, which are key features to reduce operations time and costs and to increase response effectiveness and safety.

The following tasks are covered in this project:

This will contribute to:

Since the project involves as partner Air Tractor Europe company, which is the unique seller of the AT802 waterbombing aircraft, the target will be all the many EU operators which employ the same aircraft.

By retrofitting the hundreds of already sold aircrafts and by equipping the new ones, the target user communities will be focused on the airborne operators engaged in firefighting operations, and since the project relies upon open architecture this will allow to address also a secondary customer segment, as Public Authorities or private companies using or renting larger/smaller aerial platforms than AT802 (helicopters, Canadair and drones). This feature also makes it suited – with the appropriate modifications and customizations – to general Civil Protection and SAR purposes relating to emergency situations and natural disasters.

Mainly, the user communities have needs to:

The solution identified to meet the user's needs is to provide the pilot with the precise coordinates of water release which reduces the spread of fire and overcomes another key problem of poor visibility created by smoke propagation.

The main challenge is given by the real-time integration of onboard acquired data with the control room computing through two-way satellite communications.

Another innovative feature is to provide onboard and non-onboard actors with continuously updated information integrated in a cloud-based, real-time geographic Decision Support System.

The project goal is to develop an end-to-end, standalone service able to provide:

This tool will make the waterbombing service provider capable of:

The system is composed by: 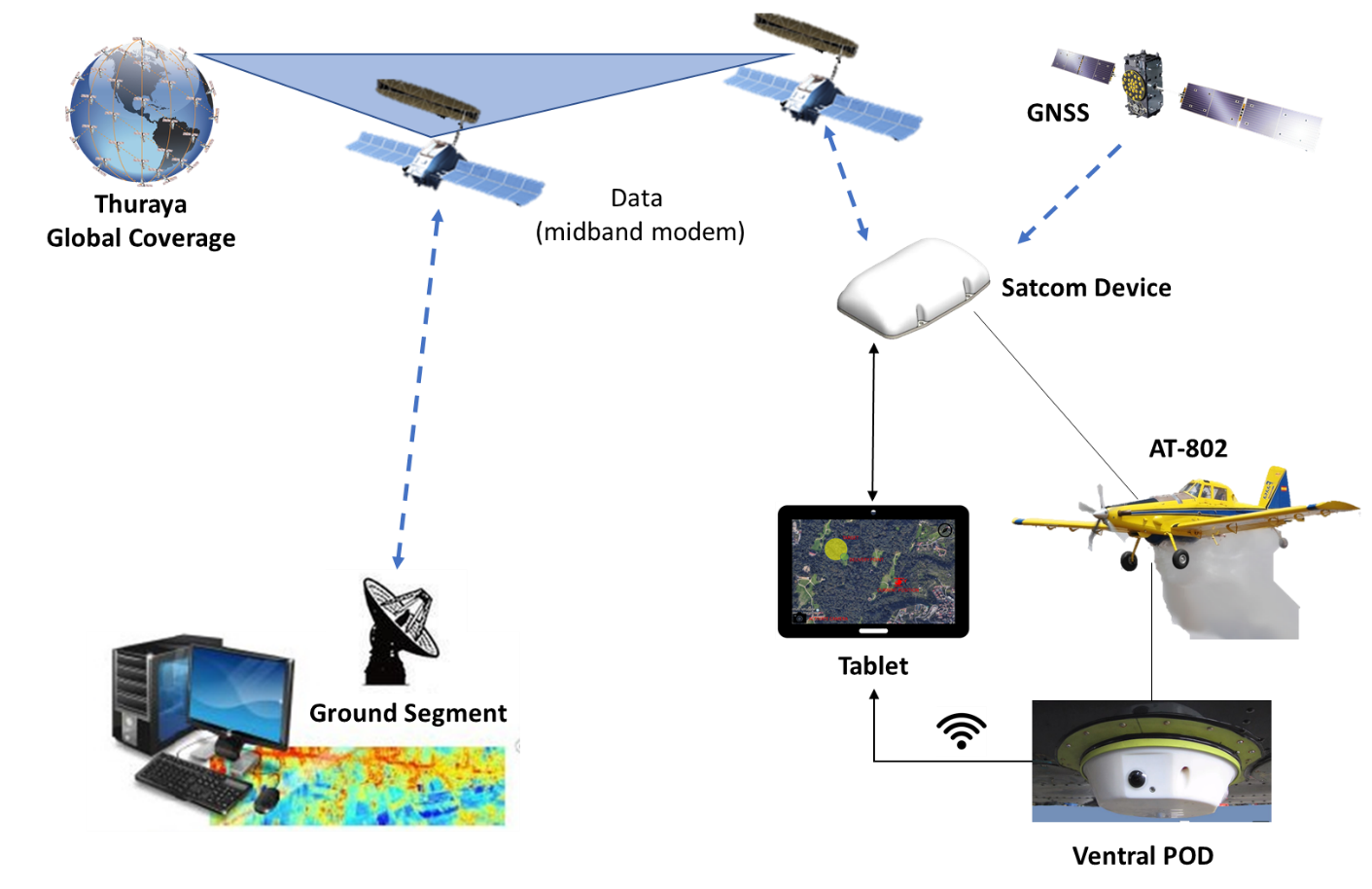 During the operational scenario, the system will acquire thermal images, which will be pre-processed onboard and sent to ground segment via satellite. Here the data will be elaborated in near real time to extract the most effective possible waterbombing coordinates, which be transmitted to the waterbomber cockpit and displayed on the table, alerting the pilot when and where to drop. 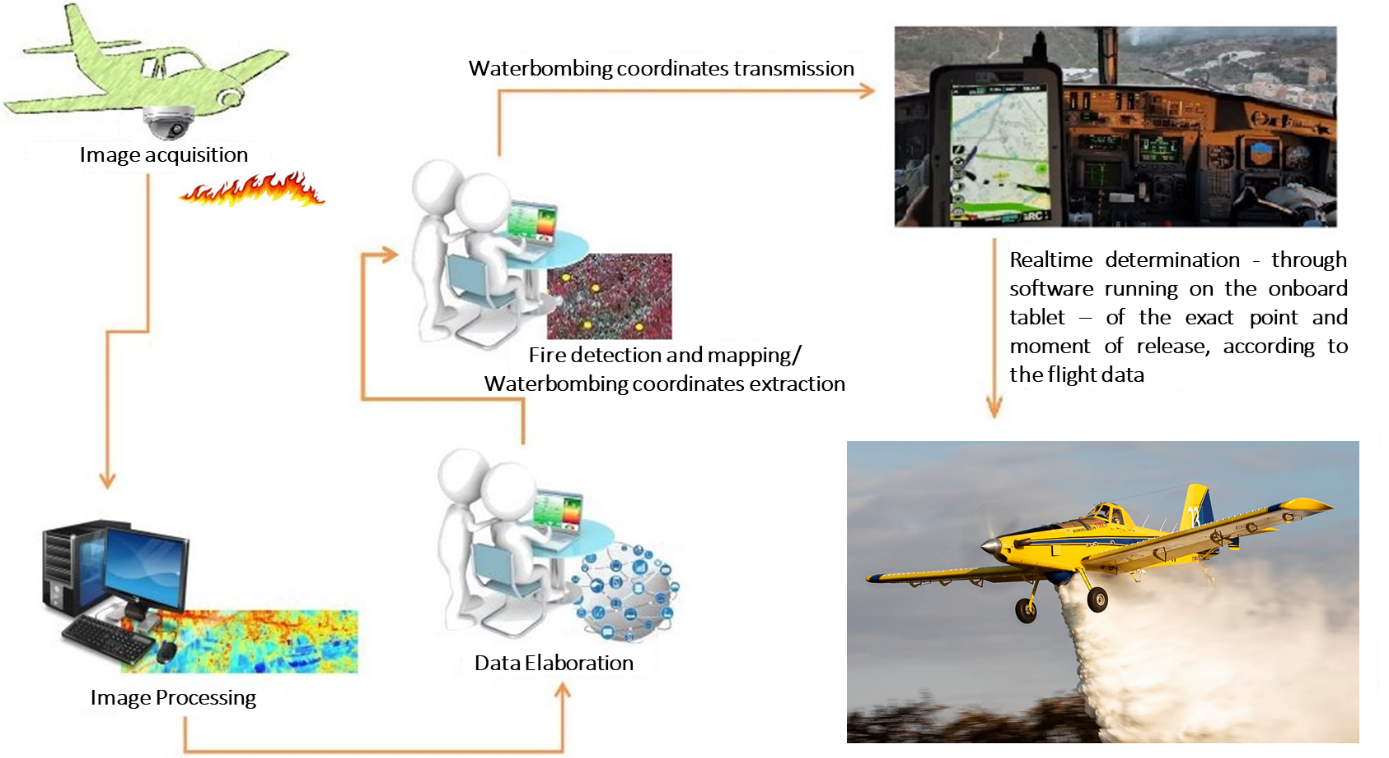 The FB Eye system shall use the following space-based assets for telecommunications and positioning.

The telecommunications between the Ground segment and the Airborne Toolkit will be based on a commercial Satellite terminal, realized as an integrated single assembly package that is optimized for airborne data transmission. The satellite communications link is the solution best fitting the project goal, as forest fires are often located in areas poorly covered by terrestrial communications with acceptable bandwidth.

The terminal data rate features and the satellite service GEO constellation allow the system to transmit and receive the required items within the operational timing constraints ensuring excellent coverage over Europe.

The location of airborne segment, should be known with best accuracy, allowing thermal imagery from the onboard FLIR camera to be correctly georeferenced. GNSS services in absolute positioning are crucial for integrated firefighting C2, aimed at fitting the most probable, and worst operation context. The FB Eye multi-GNSS (GPS, GALILEO, GLONASS, SBAS) guarantee excellent performances in terms of:

The CDR (Critical Design Review) is planned in September 2021. 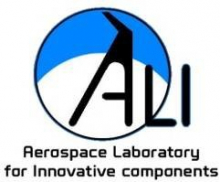