Avoiding adverse weather is a major concern for aviation. Weather is a dynamic phenomenon which evolves across time and space. Together with the moving aircraft, the selection of the best route (i.e. safest and most effective) can be challenging for pilots and flight operators. Even with the availability of accurate weather forecasts for an area, questions, such as whether to fly in between two moving storm cells, or whether it is possible to land before a heavy rain starts, remain a challenge. As a consequence, one of the main causes of weather-related accidents in aviation is when an airplane flies into adverse weather conditions, such as highly convective clouds, icing, storm, or heavy precipitations.
Meandair provides data and services to navigate around such weather. Given an accurate short/mid-term weather forecast, the developed suite of algorithms covers queries regarding safe flight routes between two waypoints. The forecast is in the form of a moving weather pattern representing moving clouds, precipitation and others. The flight queries are additionally parametrised with times for the route. The weather data provided by the Meandair Service is available for both the flight preparation phase and during a flight.
The meteorological data and planning services are not provided only as a stand-alone application for mobile devices, but also via an application programming interface (API).

The target user group of the Meandair service are aviation pilots (for both general and commercial aviation), flight planning personnel preparing flight plans, airports and developers of aviation applications.
These users have various needs at difference phases of the flight:

In addition, for developing flight applications:

Routes generated by the Meandair service cover full 4-dimensional information about the flight. The target distribution channels to get the service to the end-user include:

Using the Meandair service, pilots will benefit from convenient flight planning and automated calculation of safe flight plan alternatives together with a visual inspection of interactions of their upcoming flight with the forecast adverse weather will enable pilots to make safer and faster decisions about their upcoming flights. During a flight, pilots can rely on downloaded flight plan and weather data usable even without Internet connection in the offline mode

ThThe Meandair service relies on the combined use of three space assets: 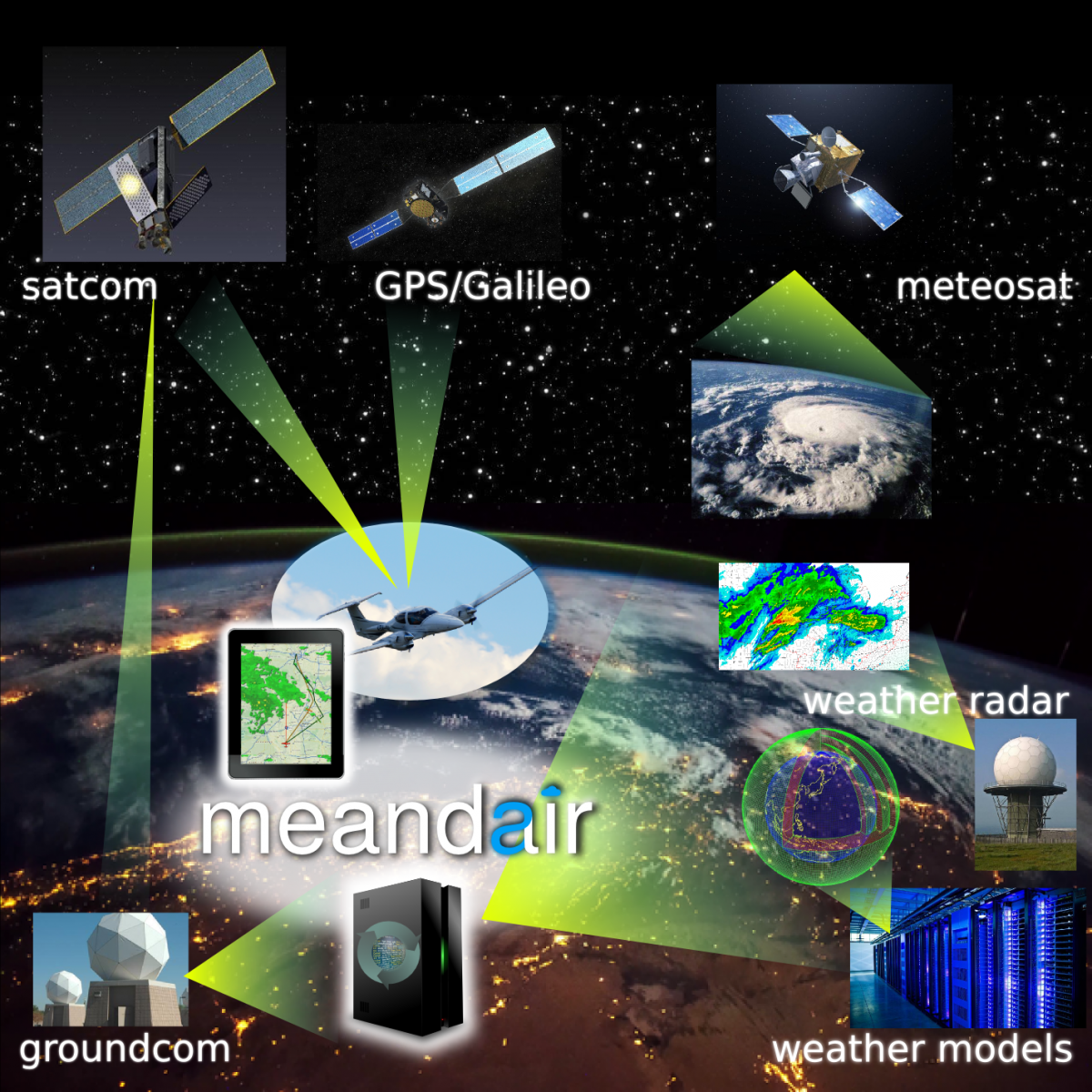 Usage of space assets by the Meandair Service.

Following a Feasibility Study concluded in 2019, the Meandair Demonstration Project kicked off in February, 2020. Following the consolidation of the user requirements as well as intensive work on the business proposition, and the testing scenarios, the activity successfully passed the Factory Acceptance Test (FAT) and Site Acceptance Test (SAT) milestones in April 2022. All the proposed (sub-)systems of the service are designed and implemented. All the factory and on-site tests were successfully passed including the test flight performed from EHRD (Rotterdam/The Hague airport, the Netherlands) to LFAV (Valenciennes, France) and back in June 2022. The Final Review took place in October 2022.

The mobile device application already reached more than 2230 unique downloads and it currently provides over 13 weather products in European and North American regions. The flight plan input and visualisation is part of the application as well, including the automated route planner, which can generate and optimize a flight route around adverse weather under VFR and IFR conditions.

3 weather custom-tailored products were licensed to SkyDemon (#1 flight navigation app developer in Europe) and integrated by the 3rd party API. After a successful year of supplying the weather data for SkyDemon's new Flyable Conditions feature, SkyDemon and Meandair have extend their relationship for the next several years. The Flyable Conditions has quickly become a very popular feature for SkyDemon. Their pilots’ positive feedback focuses on the accuracy of the short-term now-cast data and the two-hour look-ahead function at the pilot’s location. 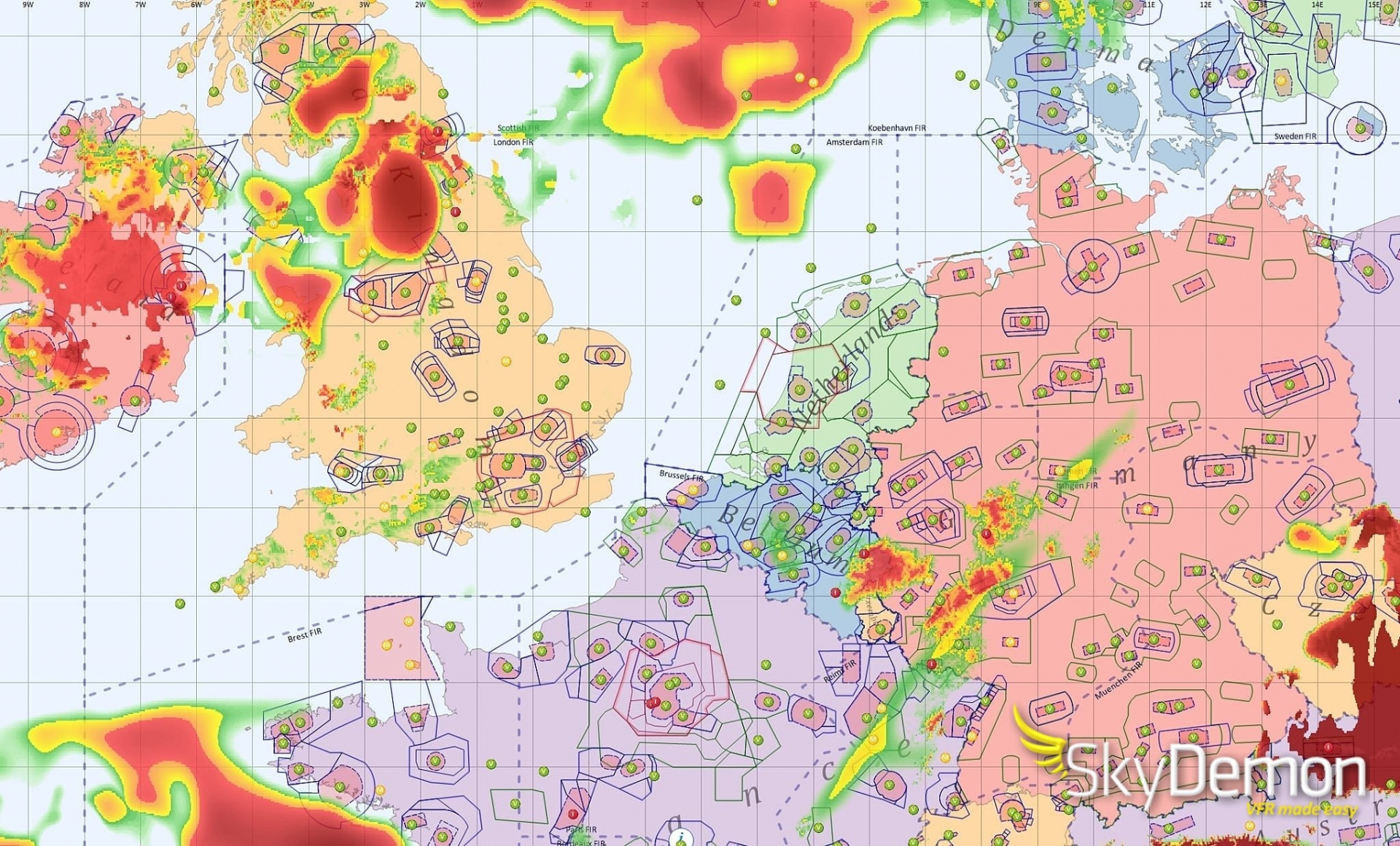 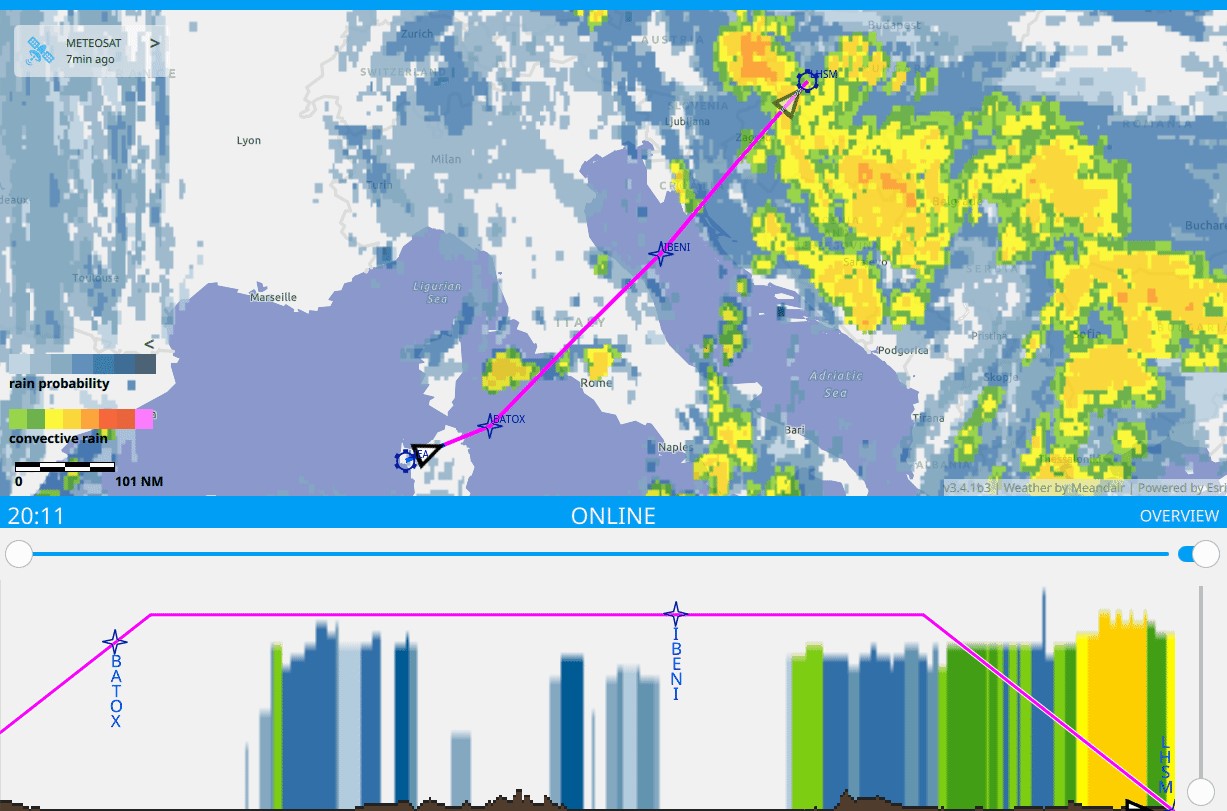 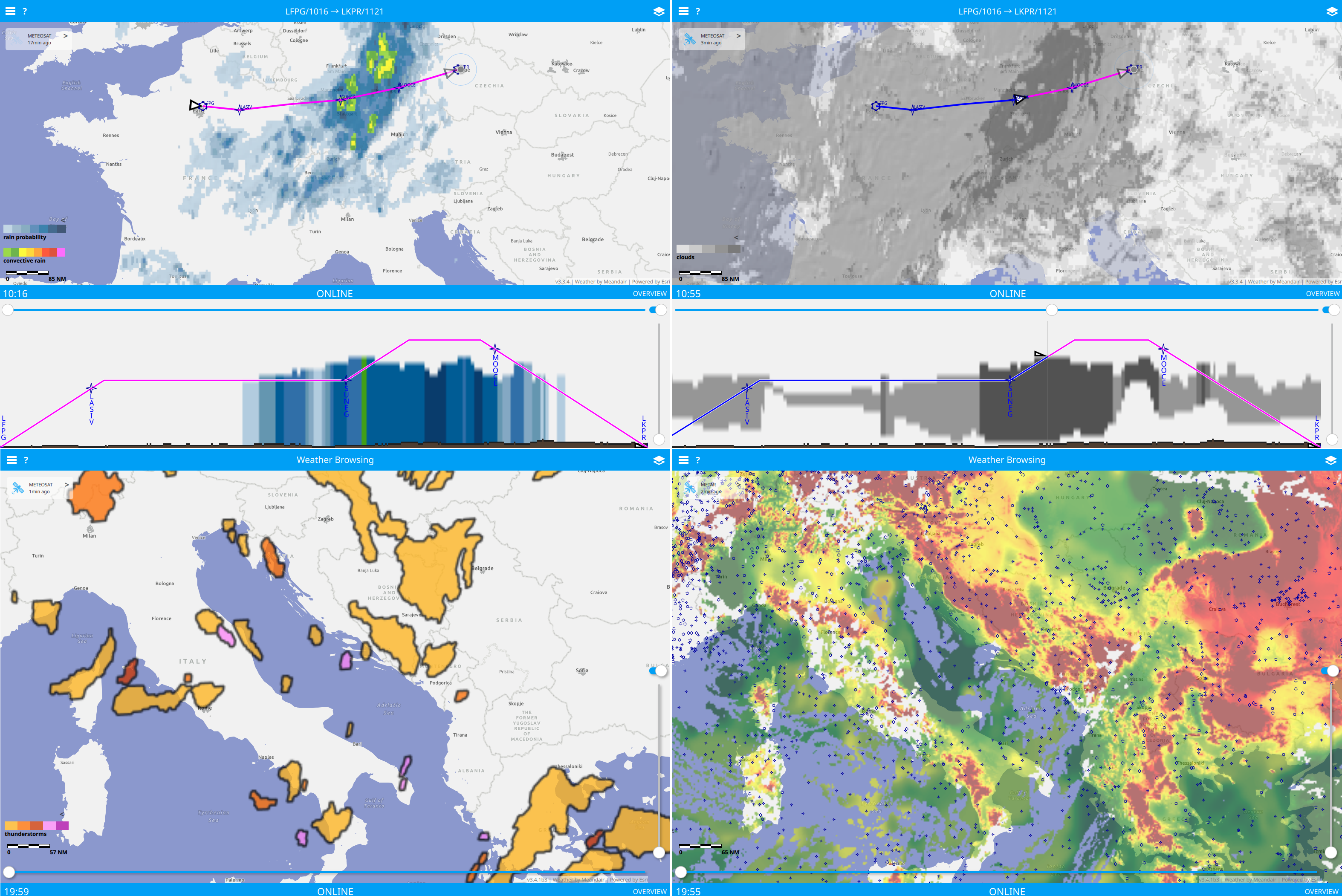