Aviation weather services are usually based on numerical weather prediction models, with an updating cycle of several hours and a computational grid resolution of a few kilometres. The low resolution and high uncertainty margins of the weather forecasts imply large time margins to avoid severe weather and to ensure safe landing and take-off of aircraft at airports. This causes delays for air traffic, and significantly lower service efficiency and throughput for such airports where severe weather conditions occur frequently.

The first objective of the micro-weather service for aviation (MWS-A) is to provide high-resolution nowcasts of weather, which means forecasting of the development and trajectories of severe weather objects (i.e. storm, icing and wind shears) with high spatial and time resolution from now to a few tens of minutes ahead. This helps to minimize time margins and improves service efficiency of the airport. The second objective is to monitor and predict the positions and trajectories of aircraft within the airspace and time window. The final objective is to make projections to the future and predict potential hazards by combining the weather nowcast and aircraft data, built as a service to the air traffic control, and from there to aircraft to enable safe landing and take-off, with shorter delays and loss of operability. 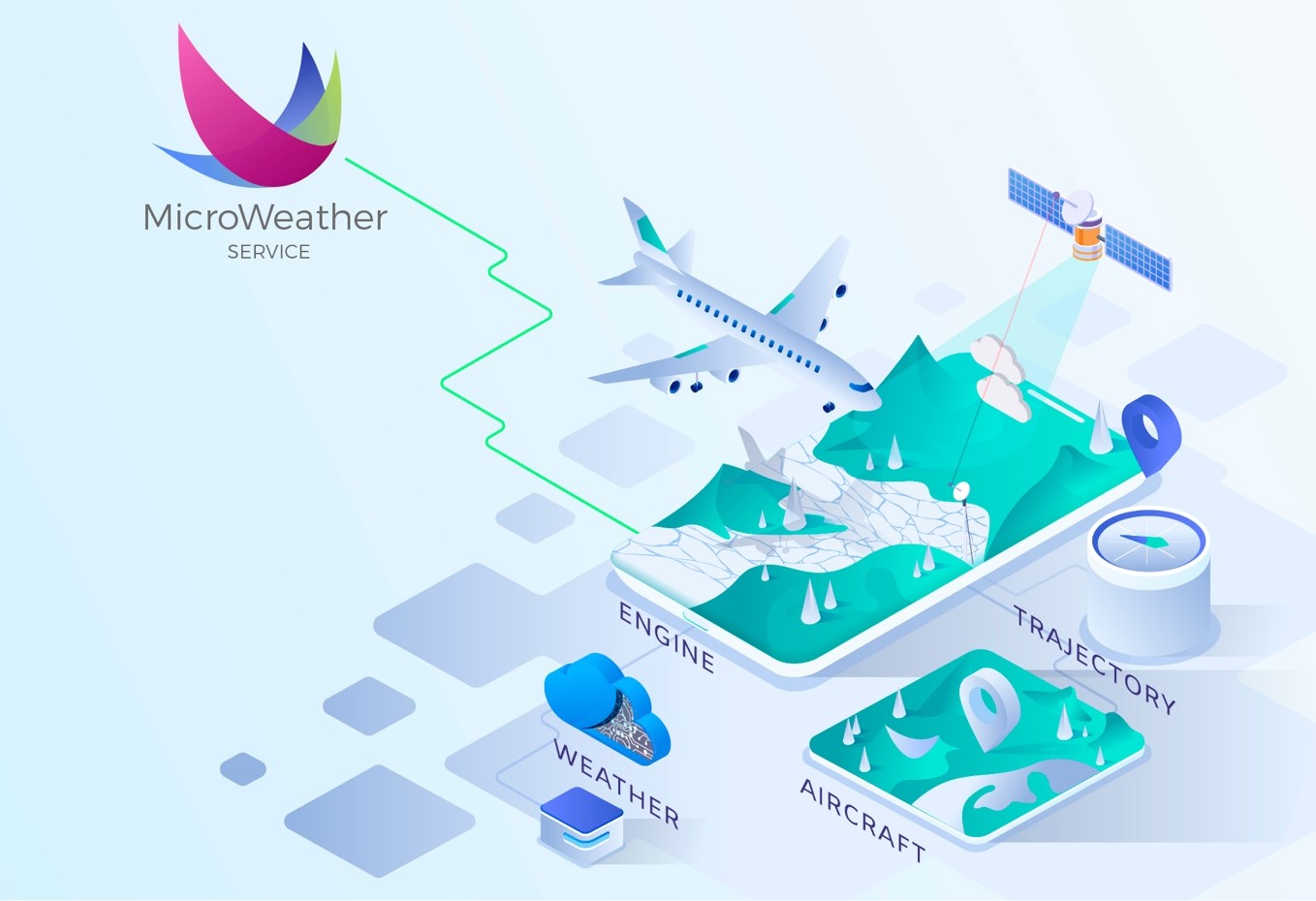 MWS-A is used as a support tool for air traffic control (ATC) operations. One of the main objectives of the demonstration is to assess the efficacy of MWS-A for mitigation of the impact of severe weather to landing and departing air traffic at airports.

Challenges for airports due to adverse weather conditions:

The MWS market entry is planned in Baltic / Nordic part of the European geographical area. As the main demonstration site is Helsinki-Airport (ANSP and Airport Operator), the first focus for expanding the service is in the neighbouring airspace and airports, including Estonia and Sweden.

MWS-A is beneficial for all airports. Medium-size and large airports will gain significant benefit from safer and more efficient air traffic flow and capacity management. Smaller airports may also focus on safe and predictable operations for all kinds of airspace users, including U-Space.

MWS-A ingests the data of C-band and X-band weather radars, and also from weather lidars, whichever are in use and available at the airport. The data is processed in an optimized way to achieve the highest possible resolution to identify and make nowcasts of important weather objects. In parallel, MWS-A ingests positions and dynamical data of aircraft, applies advanced algorithms to the combined data, and generates up to 30-40 minutes future projections to see potential encounters between severe weather phenomena and aircraft. 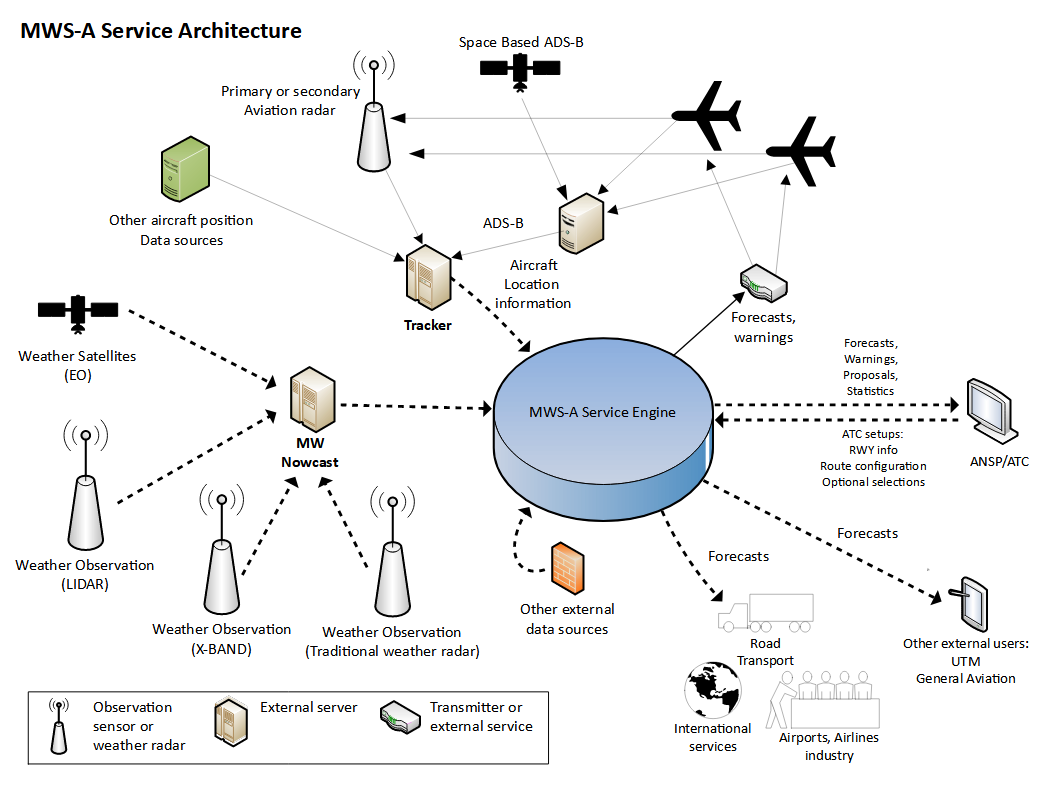 The integrated weather forecasting-nowcasting sub-system of MWS-A exploits both space- and ground-based assets, and will be built as a collaboration of Vaisala and the Finnish Meteorological Institute (FMI).

At present, the FMI already provides weather forecasts that utilize data assimilation with observations of weather satellites. The weather model and forecasts obtained using the satellite data provide a large-scale picture of weather that will be integrated as a background information source for MWS-A, either through the FMI’s open data portal, or using interfaces at the Fintraffic ANS’s system. They are used for early warning of up-coming hazardous weather phenomena beyond the prediction time and spatial windows of the radar-based high resolution micro-weather nowcasts of MWS-A, and also by the ATC for optimizing the flow of approaching air-traffic already before entering the near airspace.

Within the critical airspace near airports, the new radar-based nowcasts of MWS-A will be used. MWS-A performs as magnifying glass enhancing spatial and temporal resolution. It provides high resolution short-term forecasts of convective clouds and associated wind shears, and other similar phenomena that affect the flight paths of aircraft at low altitudes. 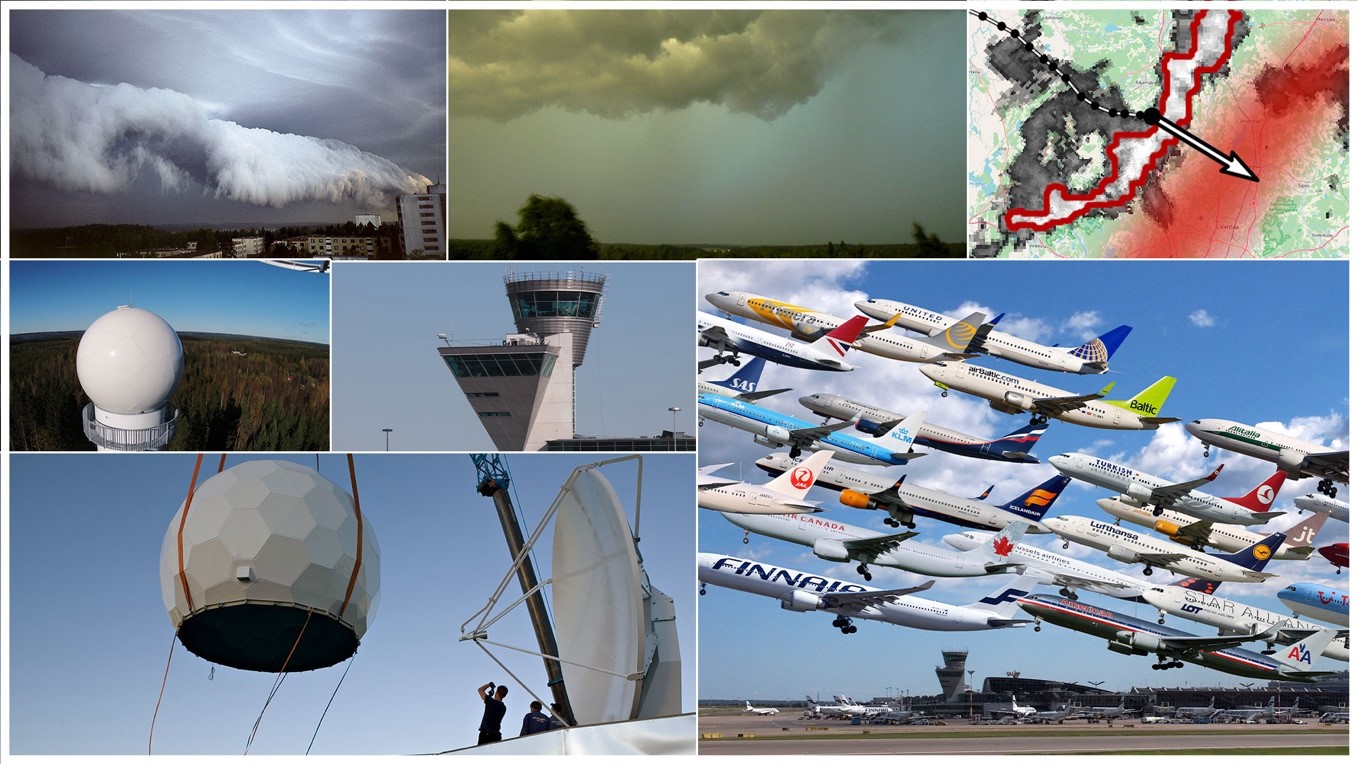 The facilities and headquarters of all organisations in the project team reside in Uusimaa, the most densely populated region in Finland. The Helsinki-Vantaa airport, where the primary implementation of the MWS-A demonstration will be made and tested is in the same region.

The MWS-A demonstration project started in November 2020. The activities include weekly meetings of the project team, and intensive daily work at each site, Isaware, Fintraffic ANS, Vaisala, and FMI to consolidate the needs and requirements. The Baseline Design Review was held in February 2021, and it has been passed successfully. The next milestone is the Critical Design Review, which will be held in September 2021.