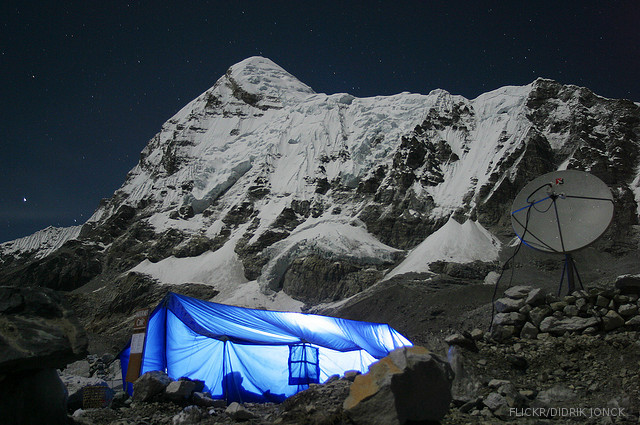 Thanks to European telecoms satellites equipped with powerful, high-frequency Ka-band communications, affordable broadband Internet access via satellite is becoming a reality. To compete with terrestrial broadband, however, satellite-based broadband providers need to be able to offer service packages which are both appealing to and transparent for customers as well as being commercially viable.

In the Lift Off project, support by ESA under the ARTES Programme, the Italian company OpenSky developed a set of pilot services targeting both the business and consumer markets. Together with its partners at the University of Rome, the Lift Off team commenced by establishing a set of consumer profiles based on market research. Given the fixed cost of satellite bandwidth and need to share bandwidth between customers, “unmetered” usage is not economically viable with satellite-based broadband, so the challenge was defining and imposing acceptable usage parameters.

To do this, OpenSky turned to Deep Packet Inspection, or DPI, to analyse and manage the bandwidth used by customers. DPI gives a highly detailed and accurate breakdown of what individual users are using their Internet connection for. This enables a service provider to define sets of rules, to manage bandwidth use, giving priority to certain types of applications as well as blocking given protocols, users or destinations, In particular, use of bandwidth-hungry applications such as peer-to-peer file sharing and streaming video would have to be either blocked or restricted during peak hours.

On the basis of these considerations, OpenSky created a set of service offerings, with varying bandwidth speeds and subscription models, targeting the different customer profiles. The team then solicited a group of 268 test users who used the services for eight months. The top bandwidth speeds of the profiles were 8Mbps down and 2Mbps up, making the services comparable with terrestrial mobile and ADSL Internet. 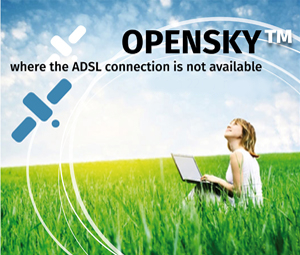 In the course of the ARTES 3-4 project, OpenSky discovered that offering a monthly flat-rate service aimed at the consumer market isn't viable. This is not a technical problem, but rather a problem of costs and user perception. The flat service is perceived as “all you can eat” and that is incompatible with the economics of satellite-based services. However, with careful positioning and communication to the customer, the team discovered that other pricing models are viable, such as consumer solutions for flexible usage (e.g. fixed day rates for second homes) or a business-oriented offerings with higher fixed or metered rates. OpenSky's most successful offering is now the consumer-oriented “OpenSky Daily”, which offers 8Mbps/2Mbps connectivity for €2/day, with a €5/month subscription fee. The company plans to continue to further develop and market these services.

“The ESA Lift Off project brought us to a next level of technical control of a satellite connection. Now we are in full control of the connectivity per user per protocol,” says Walter Munarini, Director of OpenSky. “Nevertheless, we have to go beyond the simple technical aspects. Developing satellite-based broadband services and competing in an open market is not so much a technical challenge but rather a marketing one.

“Essentially, it comes down to managing consumer expectations”, he explains. “What works are services which are perceived as inexpensive and flexible, where the customer pays for what they use, without a lot of restrictions.”

While Europe as a whole enjoys high levels of Internet connectivity, there are still regions where terrestrial Internet access is not viable. Affordable satellite-based broadband will play an important role in helping to close the digital divide, bringing access to the Net to millions of consumers throughout Europe.

OpenSky is not new to developing innovative satellite-based services. In an earlier activity supported by ESA under the ARTES Programme, the company developed a highly successful network for distributing high-definition digital films and other programming that is now used by some 1,300 cinemas around Europe.