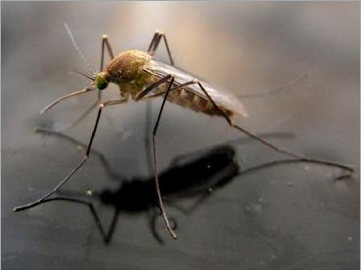 Globalised travel, trade, and the changing environment allow certain disease-spreading insects, and tourists infected with these diseases, to travel further, with greater ease, than ever before. Europe is now at risk of hitherto unfamiliar illnesses transmitted by these insects, which are referred to as vectors by health researchers. Identifying and predicting the distribution of existing local vectors as well as the spread of new exotic vectors are essential steps in assessing the potential for epidemics.

In an activity supported by ESA under the ARTES 20 IAP programme, a software package called VECMAP was developed that uses Satellite Navigation and Earth Observation data to populate an online database, allowing researchers to map high-risk areas. The new approach greatly reduces the cost and complexity of tracking vectors compared to traditional fieldwork.

VECMAP provides all the necessary data and services for vector mapping in one place. Currently, public health authorities use on-the-ground sampling and statistical analysis to predict the most likely at-risk areas, but a lack of integration between the various services results in a highly complex system, which requires specialised knowledge use. VECMAP provides a single entry point to all the information needed to predict and prevent infection, making it possible for a group of researchers to easily collaborate on risk-mapping.

The VECMAP consortium, led by prime contractor Avia-GIS (BE), came up with a novel way of keeping down the costs of fieldwork – traditionally the most expensive part of gathering data. It developed a desktop application that prepares the most efficient sampling plan. Findings from the in situ sampling activities are submitted directly to an online database using a dedicated smartphone app. The data is automatically labelled, thanks to the geolocalisation function, and supported by satellite imagery of the area. 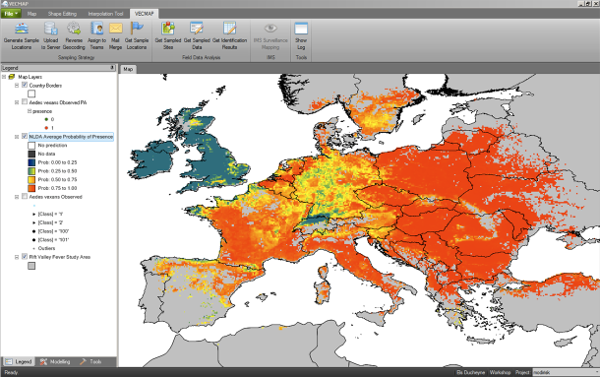 Twelve institutions in nine European countries successfully tested VECMAP for producing area-wide risk maps during the course of the ARTES project, confirming its viability and the operational benefits for users. In parallel, other applications are being developed to support small-scale vector mapping in the Caribbean.

With the project successfully completed, Avia-GIS is now undertaking steps to commercialise VECMAP and broaden its deployment.

“The support given to us by ESA’s IAP programe was a critical step to enable us to embark upon the commercialisation of VECMAP,” said Guy Hendrickx, CEO of Avia-GIS. According to Hendrickx, the company will be launching a new investment round by the end of the year to enable future growth. 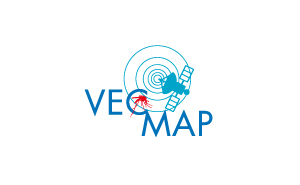