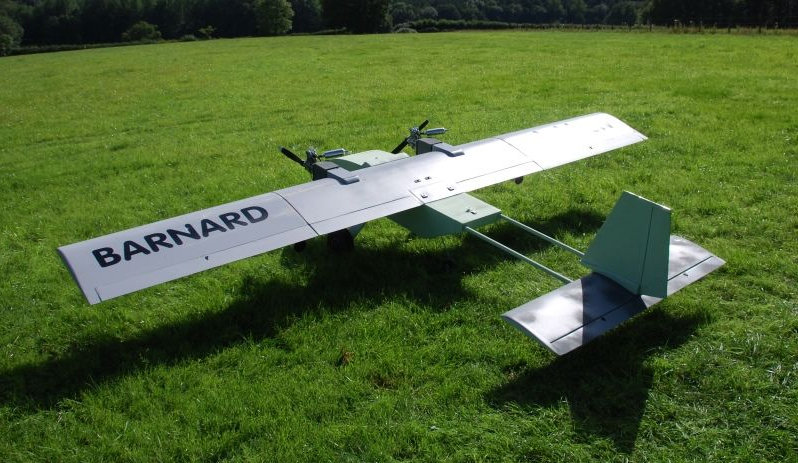 SURMON focused on demonstrating the deployment of an RPA in airborne geophysical survey and oil pipeline monitoring services, using satellite communications to monitor and control the aircraft.

In both cases, the SURMON team determined that an RPAS can offer a cost-effective alternative while maintaining safety and accuracy. In fact, an RPA even offers some distinct advantages: for one, they can fly closer to the ground, offering higher resolution survey data. For another, they can be equipped with night-vision cameras and flown in the dark, effectively permitting 7/24 monitoring which is key for high-security matters such as pipeline safety.

The prime contractor of SURMON was Barnard Microsystems Limited (UK), which, thanks in part to support from ESA, is developing a business model for deploying RPAS as a commercial service. The company's founding director, Joseph Barnard, highlights three important findings that came out of the SURMON activity.

First, says Barnard, satcoms is affordable. “The idea that you need to spend € 80k or € 100k for a satellite terminal is now obsolete,” he says. “We've been deploying mid-sized RPA with an Iridium terminal costing € 340, paying € 11 a month “line” rental and 11c a message (340 characters maximum). At these prices, why would you not use satcoms?” SURMON states unequivocally that as far as satcoms go, “the  cost issue has been resolved”.

The second important finding is, Barnard says, “That it's important to do as much processing as possible on the aircraft.” Continually streaming HD video via satellite is an expensive proposition – and it is not necessary. “Thanks to excellent work being done on compression codecs such as H.264, a low-resolution video feed requiring only 50-150 Kbs bandwidth is more than adequate; in fact it is astonishingly good. You only zoom in for a high-resolution image when you see something that looks important.” 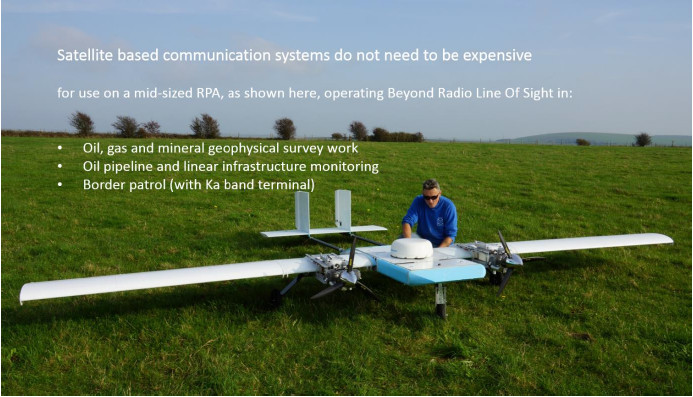 The third very positive finding that Barnard cites is how amenable civil aviation authorities are to RPA. “Naturally their main responsibility is to protect the public,” he observes, “but they also understand that this is a new industry that will generate jobs and wealth, so they are doing everything they can to help us, with the support of ESA and national governments.”

Barnard says that the business model his company is developing gives every sign of being a viable one, and that potential industrial customers are lining up. Nonetheless, he points out that challenges remain before the RPA industry can fully take off, figuratively speaking.

For one, RPAS must become smarter, says Barnard. “They need to have the intelligence of a bird. That means being capable of fully automated landing and take-off. Satellite links are reliable, but should they be temporarily unavailable  the aircraft must be able to manage on its own”.

An even bigger challenge is fully automated collision Detection and Avoidance (DAA). “When we operate in segregated airspace, we can manage without DAA. But if we are going to fly in unsegregated airspace, our aircraft must be capable of DAA,” he says.

"For an RPA to fly in the UK in unsegregated airspace, it needs a permission to fly from the UK CAA,” Barnard explains. “That means that it must as good as a human pilot.” He estimates that day is still some three to five years off.

In summary, Barnard says: “we now have an excellent, mid-sized, RPA that can be used in more applications than we had originally envisaged, opening up opportunities that we had not considered at the start of the SURMON project. This RPA has been designed, developed, and tested in Europe and will form the basis of the geological survey and pipeline monitoring services we will be offering worldwide.”