The incorporation of satellite communication services in railway signalling systems is now one step closer thanks to the successful test of a demonstration system on a regional railway on the island of Sardinia (Italy). It was undertaken as part of the 3InSat (Train Integrated Safety Satellite System) project, co-funded within the framework of the European Space Agency’s ARTES 20 programme. The 3InSat team, led by Ansaldo STS, is developing and validating satellite-based services compatible with the European Railway Traffic Management System (ERTMS).

In the course of the tests, which began in early April, project team members, led by the project manager Mouna Lekchiri, verified the first components of an integrated approach that combines the strengths of existing commercial 3G/4G cellular and satellite services, thus making costly dedicated telecom networks unnecessary. In the coming months, the team will further validate the telecommunication system, which is based on Inmarsat’s satellite-based Broadband Global Area Network and Vodafone’s 3G/4G Machine-to-Machine data services. In September, a second series of tests will validate the GNSS-based location services that will eventually be integrated into the telecommunication network.

The European-wide standard for train control and command systems, ERTMS has been promoted by the European Union to ensure cross-border interoperability and simplify procurement of signalling equipment. Since 2004, ERTMS has been deployed not only on an increasing number of European rail lines but also on railways in other parts of the world as well, such as in China and New Zealand.

Introducing satellite navigation and communications into ERTMS has been a significant challenge due to the stringent safety requirements that railway signalling systems must comply with. But once the approach is validated, satellites could play an important role in making rail transport safer and expanding the market opportunities for ERTMS. 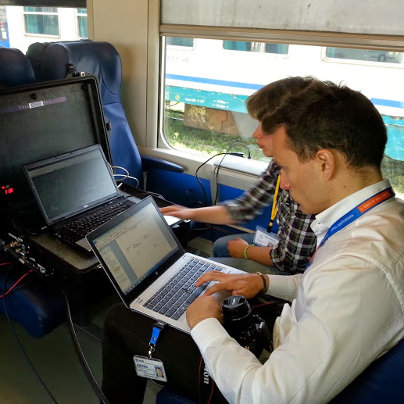 The two main components of standard ERTMS implementations are the European Train Control System (ETCS), a standard for in-cab train control, and GSM-R, which is a GSM-based mobile communications standard for railway operators. Up to now, trains using ERTMS determine their location by means of balises, electronic beacons or transponders, which are placed along a railway every 500-1500 meters. This information is transmitted via a dedicated GSM-R terrestrial network to rail traffic control centres which use the same network to transmit route data, recommended speeds and other information to train operators, taking into account the proximity of other trains.

Satellite technologies can increase the viability of ERTMS for low-traffic rail lines by avoiding the need for costly wayside equipment and dedicated telecom networks. Virtual balises are used instead; these are digital points in a railway database, and the precise location of a train is determined by means of GNSS. For communications between traffic control centres and trains, the 3InSat project is implementing an integrated terrestrial and satellite telecommunications system that will monitor train movements on a continual basis. Rail traffic control centres will use the same network to communicate vital information to train operators. 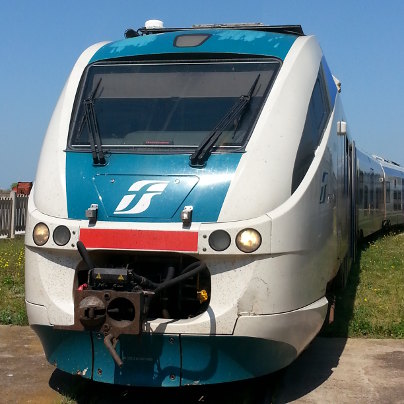 Region Sardinia is currently hosting the test-bed for validating the new satellite application, demonstrating its interest in new technologies in view of a possible implementation.

“The new telecom service we have been testing in Sardinia as part of 3InSat represents an unprecedented innovation for train control systems,” said Francesco Rispoli of Ansaldo STS. “It paves the way for realising cost-efficient and rapidly-deployable signalling systems using, for the first time, non-dedicated telecommunication networks.”