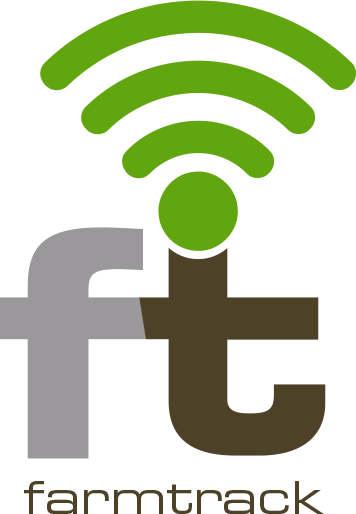 The main objective of this feasibility study is the development of such a service based on a tracking system using GPS and GSM for observing game and farm animals concerning position, health monitoring, pasture management or rutting season forecast. Animals for which the planned service can be used should be game and grazing animals like beef, horses, sheep (agriculture) and moose, deer ibex, wolf and bear (game). The final system, respectively service, includes provisioning of specially designed technologies for recording and sending data as well as the development of a specialized software for mobile devices to use the services (managing and evaluating data) and will benefit our society by utilizing space-based animal tracking data.

The diversity of the identified stakeholders shows the great amplitude of possible application of telemetry solutions and the necessity of a well-planned and implemented service therefore. Targeted user groups are farmers, game ecologists, foresters, huntsmen, public authorities, zoos, veterinary surgeon and NGOs for endangered species. The people involved (users) are a mix of farmers (full time and part time), game ecologists, foresters, huntsmen, public authorities and zoos. These were integrated into the feasibility study by means of a workshop and feedback interviews in order to evaluate the needs on the one hand and to evaluate the planned service on the other hand.

Generally speaking, key user needs are time savings in the management of animals and herds, early detection of disease and prevention of loss (death of animals). The traceability of the health status throughout life, as well as the quality of life of animals is an interesting aspect for users (especially for farmers). 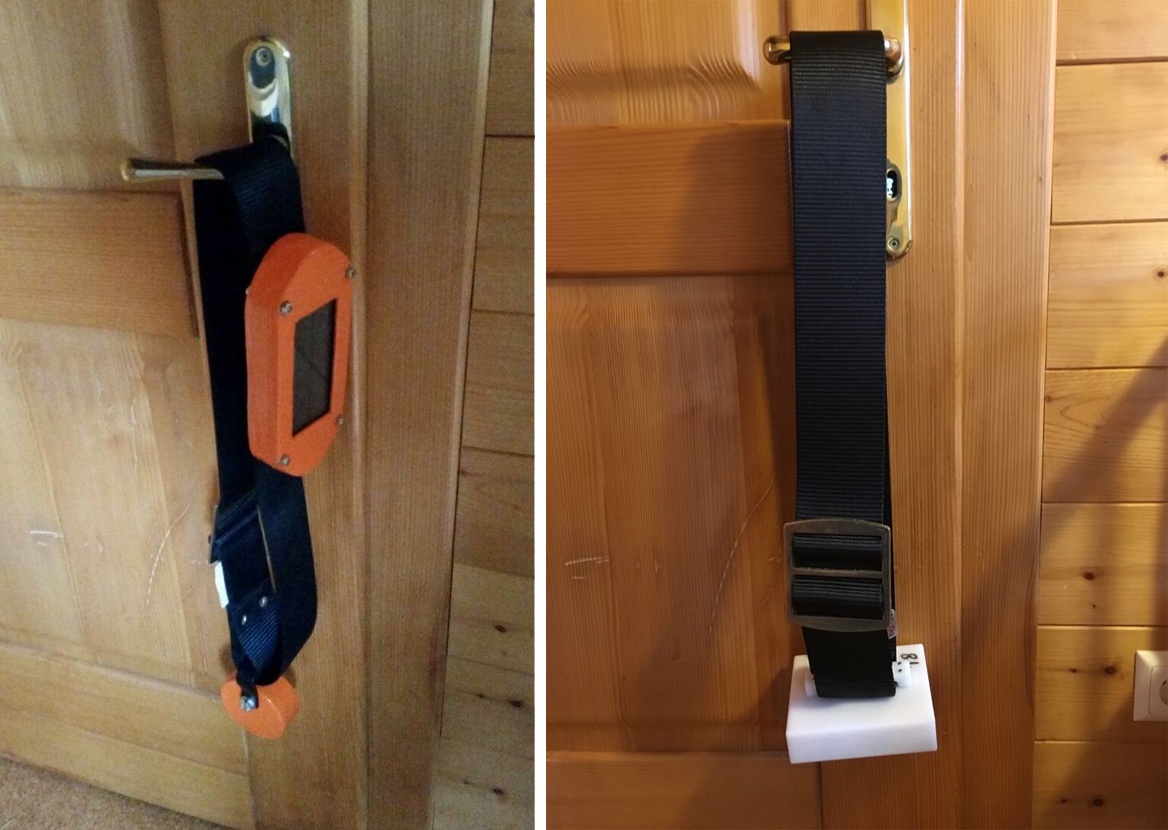 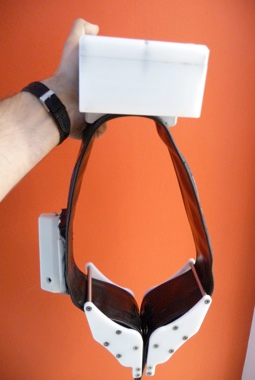 Users get complete information about the position of each tracked animal over the entire observation period. In addition, other information is collected directly via sensors. These include acceleration sensors as well as temperature and pressure sensors. Service users should be able to directly access the collected data, but also be able to use various functions that analyse raw data and use various algorithms to generate insights and recommendations for the monitored animals. For example, a change in activity (movement) could trigger alarms, because it could be an indication for injuries or an imminent birth. Also changes in the usual way the animal moves (detected by the 3D gyroscope) could point out injuries.

Data (position, 3D movement data, environment temperature, air pressure, images, videos and sound) will be collected by sensors (data acquisition) and sent to the service servers (data storage). The data could be sent over different communication channels like GSM or via satellite (Satcom, if needed when no terrestrial service is available).

Via data analytics behavioural changes or problems concerning the position of tracked animals (geofencing) could be detected and will push notifications or alarms via SMS or in the service app (data presentation layer). 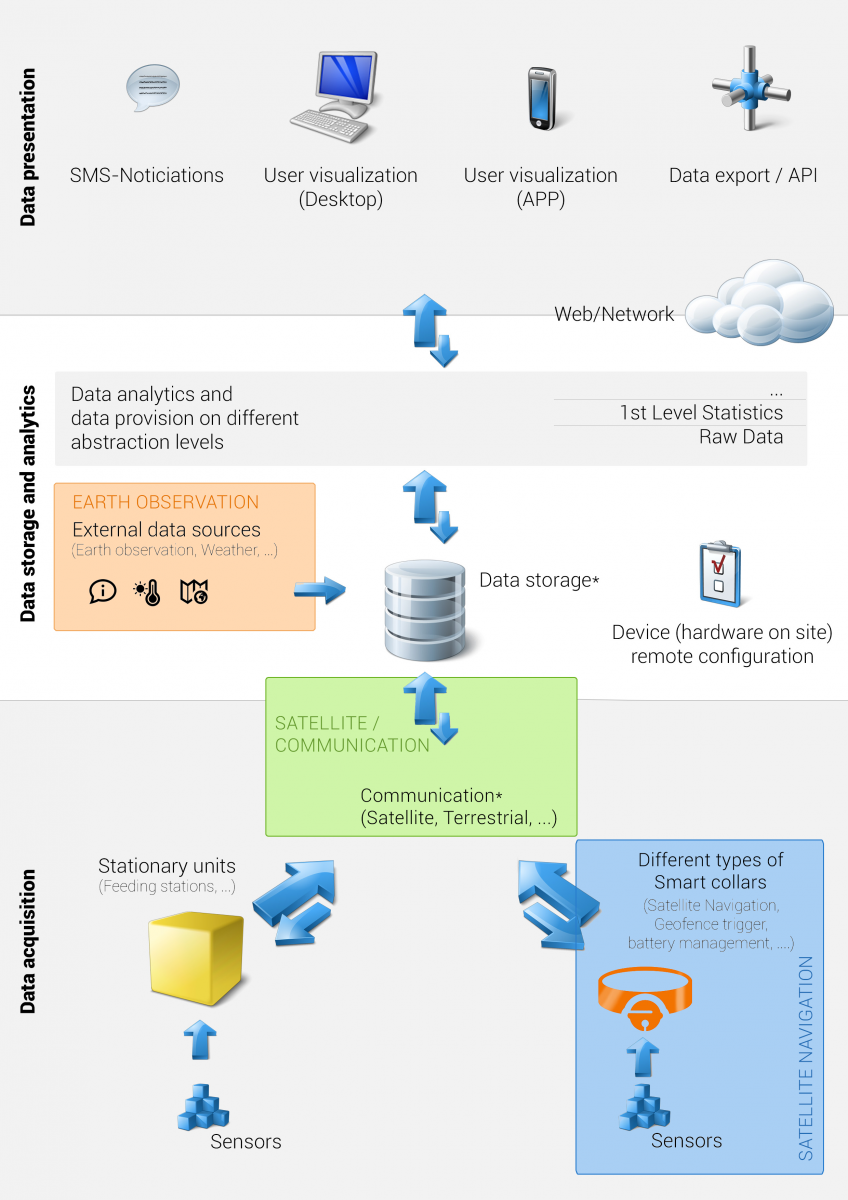 For the planned service, satellite navigation, satellite communication and earth observation are used to offer customers a fully integrated, location-independent solution. The purpose of satellite navigation is to determine the positions of the individual monitored animals and the implementation of functionalities like a geofence. Satellite communication can be used when there is no possibility for terrestrial transmission of data (eg GSM). Earth observation, especially at the beginning satellite imagery, are used to show service customers the recorded and evaluated data in a very user-friendly way.

The intended service has been planned and specified for both wildlife and farm animals. Both market specifics and business aspects for the areas of wild and farm animals have been analysed. The Final Review of the Feasibility study has been held on 30th October 2018. With respect to the farm animal tracking solution a direct market entry after the finalisation of the feasibility study is anticipated.   The hardware (collar) for the game tracking service still needs some development work. In addition, to offer a profitable service for game a financially strong distribution partner will be needed. 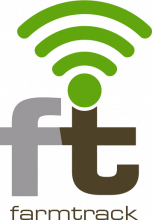