This service is meant to address the needs of the Maritime Authorities in charge of the enforcement of the ship emission regulations. The ECA areas have specific restrictions concerning the type of fuel that is allowed to be used by shipping vessels, and especially concerning the rate of Sulphur Oxides (SOx) per unit of mass contained inside the fuel. Since January 1st 2015, the MARPOL Annex VI limits the use of fuels containing sulphur oxides to 0.1% of SOx per unit of fuel mass. In this feasibility study, it is intended to assess the feasibility and sustainability of a technique bringing into play Remotely Piloted Aircraft System (RPAS) and satellite technologies.

The users/customers are the maritime authorities required by the Sulphur Directive to fully implement a mandatory sampling and analysis regime with the samples being representative of marine fuel being used by vessels while travelling: 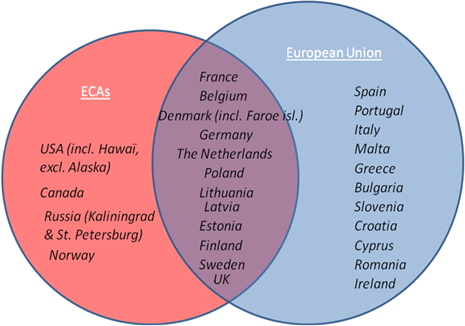 The countries that are part of the European Union are represented by the European Maritime Safety Agency (EMSA), which has already put in place a system named Thetis dedicated to the collection of information for the enforcement of sulphur controls. In addition, in 2016 the EMSA placed an invitation to tender for RPAS-based services in the maritime environment dedicated to the monitoring of ship emissions.

The main user need identified is to verify the sulphur fuel content of ships navigating in a given area. The proposed solution is to use RPAS to monitor the exhaust gas emission

The STEAM service is dedicated to the monitoring of gas emission (SO2, CO2, NOx) in the ship exhaust using an RPAS equipped with appropriate gas sensors. The final product of the service is information on the fuel sulphur content for each ship which is checked.

The customer/user provides a mission specification including the area of control, the period of observations, and the objectives of monitoring observations.

The proposed system architecture is presented in the figure below. 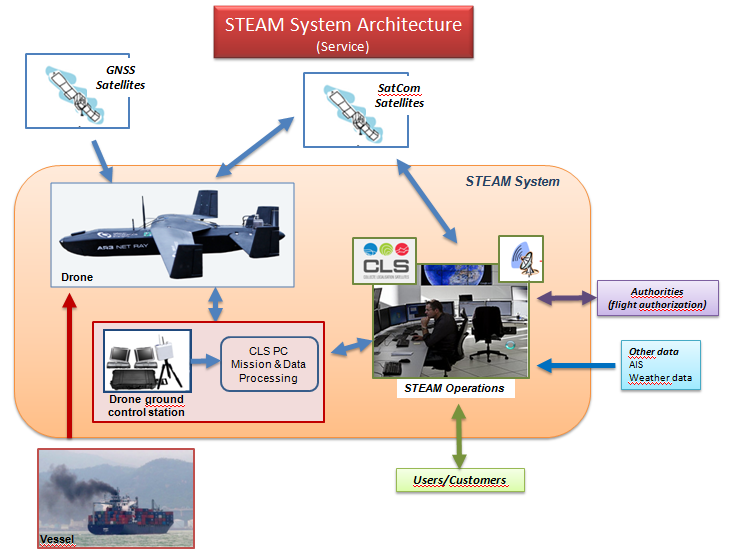 The components of this system are:

These components will interact with:

The feasibility study started in November 2015. User requirements have been collected, the service and underlying system has been defined, proof of concept flight tests have been performed in Portugal and in Germany, and a worldwide viability analysis has been conducted. 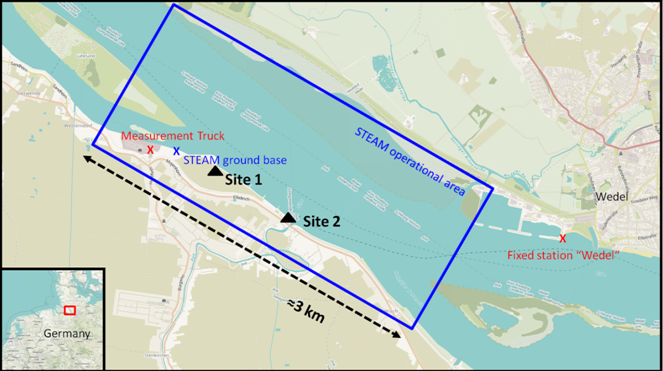 BSH (German Federal Maritime and Hydrographic Agency), the partner involved for the validation process of the SFC (Sulphur Fuel Concentration) calculations played a key rule for the preparation of the campaign especially for the flight permit, for the logistic support and for the external measurements of the ship gas emission with Mesmart stations, one fixed and another mobile. EMSA showed a high interested on the UAV flight operational capability and assisted at the tests in Germany. 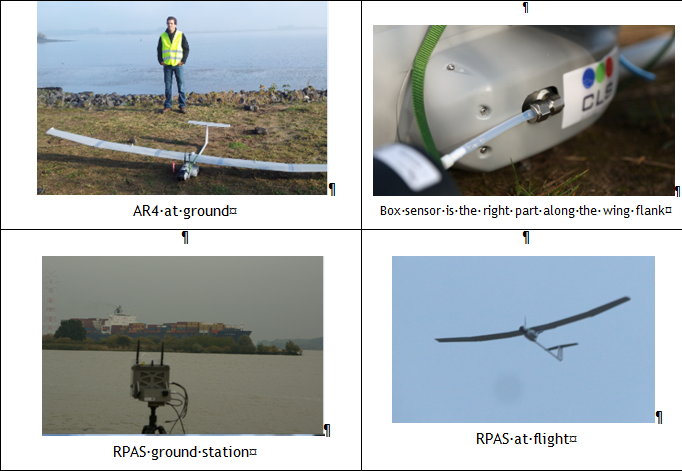 The Proof of Concept was a full success regarding the following aspects:

The Proof of Concept was a partial success and identified the following technical gaps to mitigate:

Following the STEAM feasibility study, it is concluded that CLS will continue prospecting opportunities that are going to be multiplied and growing in the coming years, especially in countries subject to specific areas (Sulphur Emission Control Areas, Domestic Emission Control Areas, others), like Canada, China, and the USA, as well as countries for which future SECAs are to be created (Mediterranean Sea, Mexico, Norway, Japan, Singapore).

In addition, regarding the specific outcomes of the Proof of concept performed in Hamburg, the technical area in which CLS has the most progress to make is the efficient and operational detection of the vessel’s emission plume, and the process to efficiently perform the measurement inside it, especially in windy conditions, as it was the case in Germany.

Finally, CLS takes a step back and is aware that drones as data acquisition platforms, the data they collect, and their applications are part of more global subjects of high importance nowadays, meaning maritime awareness and intelligence, big data, e-navigation, etc. CLS intends therefore to continue working towards staying a major maritime intelligence actor in a global vision where solutions for maritime emissions enforcement opportunities are only a small puzzle piece, but still stay an important opportunity.

The feasibility study was completed in February 2017.