The availability and use of drones for commercial and private use, are growing substantially. Therefore drones are an increasing challenge for airports and the aviation industry in general, as they can cause a delay in Airline schedules if a drone is blocking departure corridors of an airport, or even damage an aircraft or worse in the case of a collision. 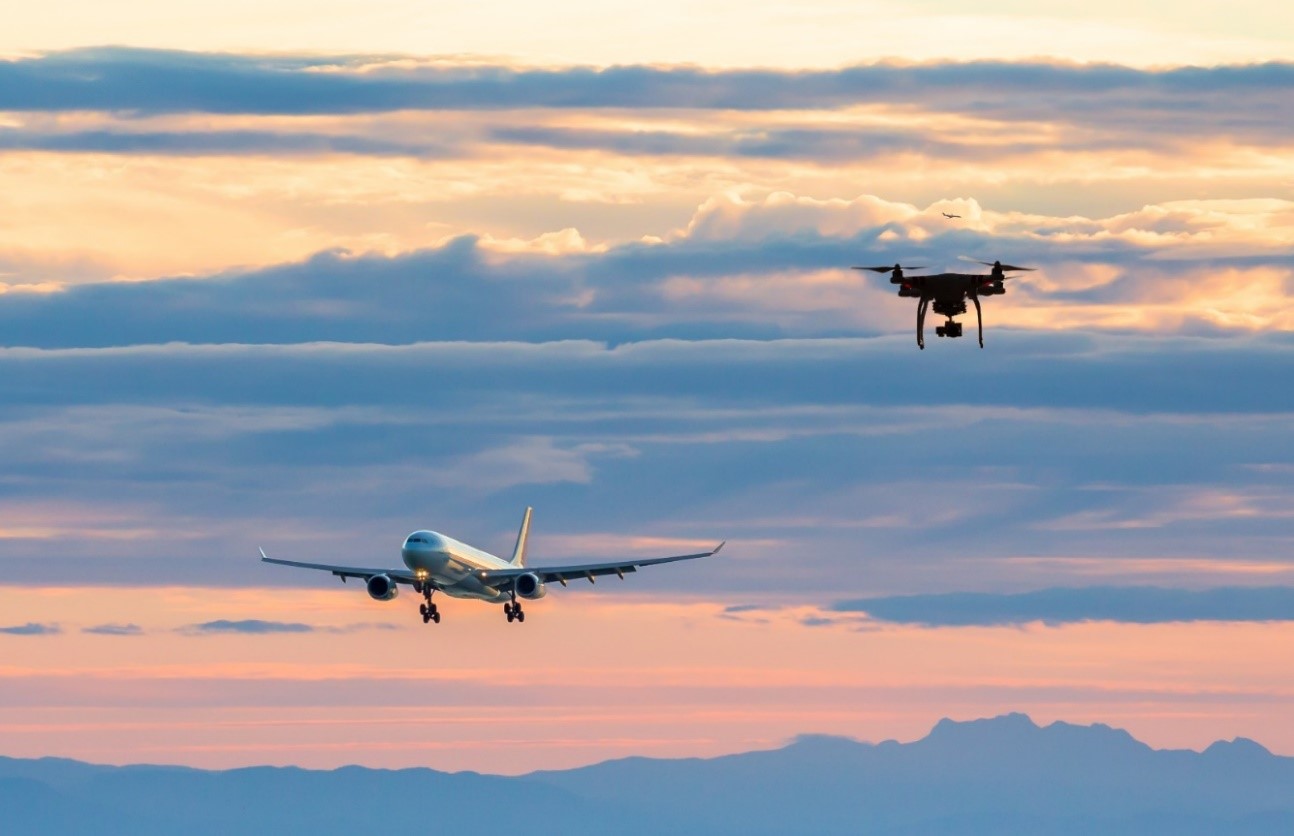 Therefore the process of keeping drones out of airport restricted zones are vital for flight safety. Airports are tasked, by governmental safety regulations and demands by airlines, with implementing drone detection and mitigation solutions to reduce the risk of collisions between drones and aircraft in airport surroundings. Over the last years, traffic has been disrupted at major airports like Heathrow, Gatwick, and Frankfurt because of illegal drone operations, generating critical operational issues and high associated costs.

With the DRAMA project, Ascend enables existing airport staff to identify the current risk level, define protective safety measures, and the current needed operational requirements. Additionally, the DRAMA solution equips airports with the tools to monitor the risk over time and adapt mitigation strategies as the risk evolves.

Furthermore, all airports are under pressure due to the COVID19 pandemic. As a result, they need to implement cost-effective, compliant solutions to manage drone risk. This solution is what Ascend is offering airports through the DRAMA project. 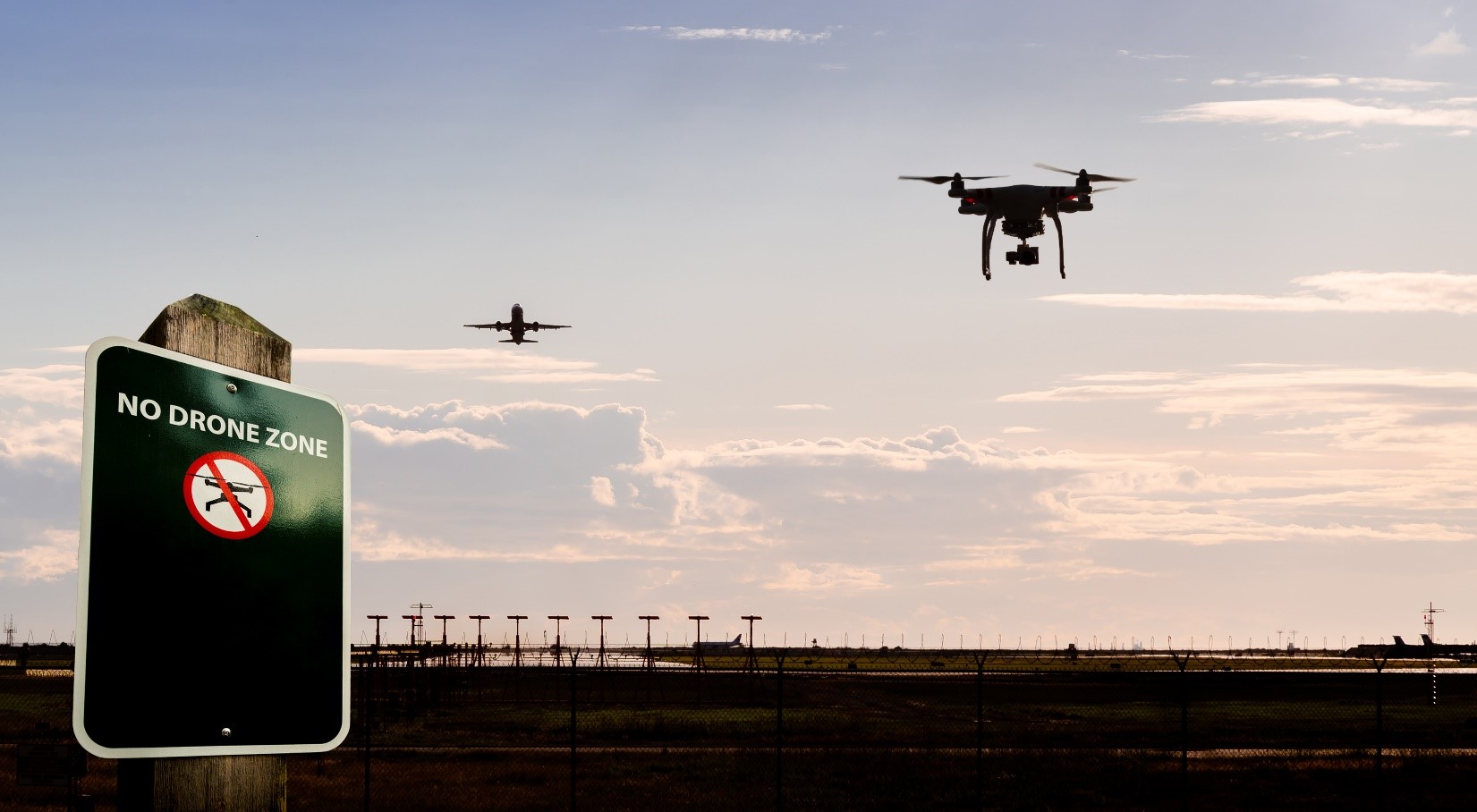 Based on interviews with existing Ascend's customers, it appears that airports are being flooded with a wide range of drone detection solutions. Additionally, these solutions are of various quality and cost. However, drone detection systems currently offered to Ascend's existing customers in the aviation industry have an investment cost between € 250.000-5.000.000 with an estimated lifetime of 1-3 years depending on the industry development. The monthly operation & maintenance cost is estimated to be € 2.000 – 100.000. The challenge is that many of the systems procured over the last 12 months have been purchased based on fear and political pressure rather than facts and actual needs since there is no defined standard for solving this problem. Additionally, many systems are designed for today's situation and ill-prepared for future development in the drone industry. The DRAMA project aims to change this situation.

The DRAMA solution is built on four elements directly related to the modules developed in this project. 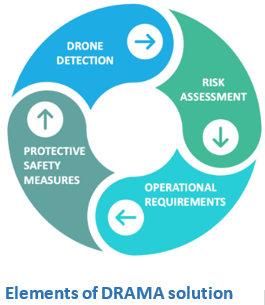 Drone detection. To assess the drone activity in and around the airport area and collect the data foundation for the risk assessment, DRAMA uses the Ascend Radar and the COTS RF sensors. The Ascend radar is a primary radar; it is possible to track targets independently from their RadioFrequency signal by including this system. 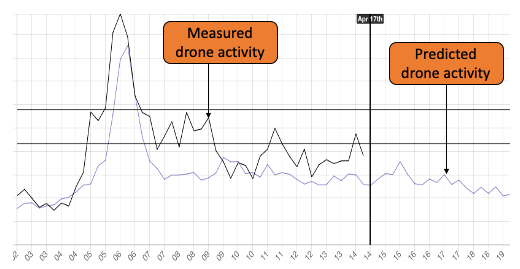 DRAMA is built on top of the outcomes from both AMMO and WAMMO activities; this means that many existing systems are reused in the new project. Space assets are GNSS data and satellite imagery. They are playing the following role in the DRAMA solution:

Positioning using GNSS is used directly in DRAMA to position drones and in real-time registration with the tablet application. The Ascend field app can be used with all modern smartphones or tablets and uses the GNSS receiver in the device to record the activities' positioning.

Classification and Temporal monitoring of satellite images. By continually monitoring satellite images from the areas around the client airports, seasonal and periodic values can be assigned to monitored areas. By assigning temporal values to drone risk areas, it will, to a degree, be possible to plan the effort needed in drone management in the upcoming period.

The DRAMA project had the Final Review milestone successfully held in August 2022. The project resulted in the integration of new drone application modules in the existing services developed in the original AMMO and WAMMO projects.
The additions include:

An approved Drone flight module – Users can, with sensor integration, track drones flying around the Airport and identify drones flying without an approved application or just flying outside the approved area.

Ascend has now a fully fledged set of services for airports, which commercially available. Several customer aiports in Europe, UK and worldwide, have already procured some of these space-based solutions and the feedback is overall very positive.