There are many different approaches to handle the surveying obligations of this environment. The commonality for all current approaches is that they are man-hour intensive, handled in standalone systems, and often demand specialized human resources.

Aviation stakeholders are very much aware that bird strikes are increasing due to increased global passenger traffic, lower noise level from airplanes and climate changes, which impacts wildlife behaviours. Airports need to improve their wildlife preventive activities and thereby reducing risks for airlines.

Integration of bird radar and EO data into the Ascend Wildlife solution enables airports to even better detect wildlife activity and problem sites within the airports wildlife zone. With this information, the Ascend Wildlife solution can guide wildlife teams at airports to a better and more focused efforts in bird control and wildlife management. It has been documented that the right habitat and wildlife management, can lead to an estimated reduction of bird strikes of 50%. 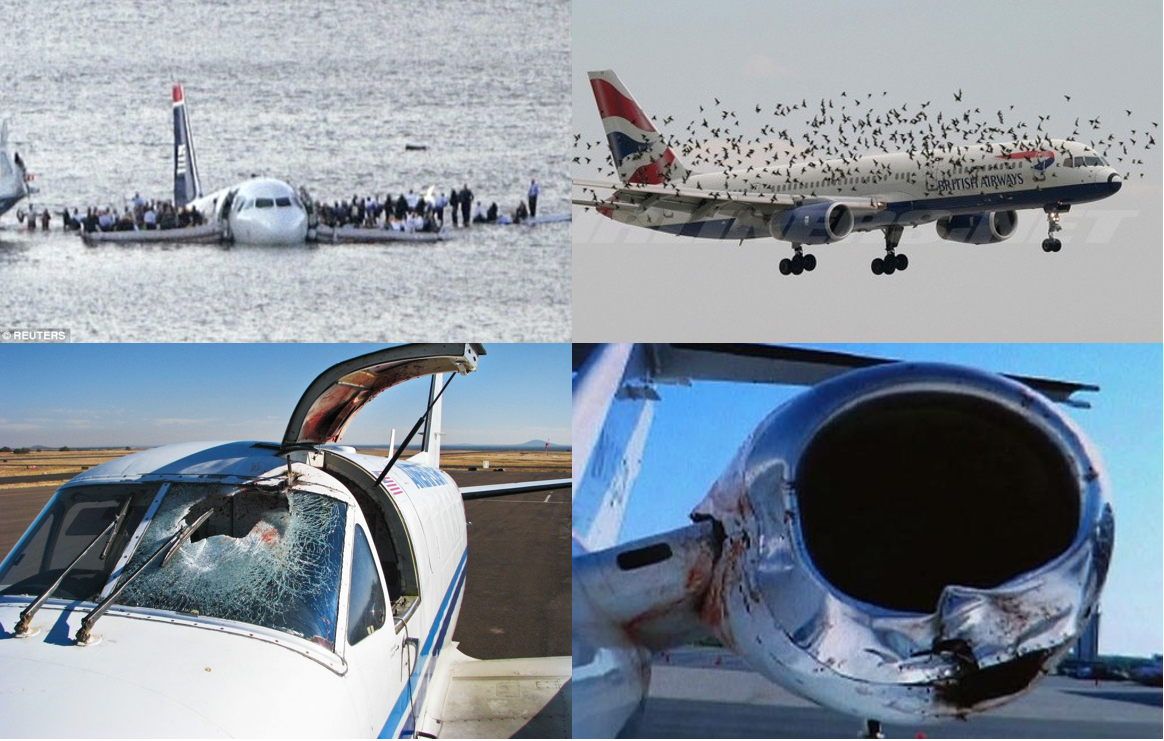 Ascend serves multiple users in the aviation industry, by providing transparent on-line knowledge about the airport surroundings between all stakeholders, including Airport Operators, on-the-ground workers, Civil Aviation Authorities, wildlife management and many others.

The users in the Demonstration project are medium to large sized Nordic, Central and Southern Europe, British and south American airports. This wide spread group of users, is a representation of the targeted user group of airport operators at a global scale.

The user requirements behind the bird radar builds on top of the existing legislative requirements for the AMMO Wildlife solution. The users generally wish to utilize real-time bird information to improve resource management and detect root courses of birds strikes.

This will result in the following use cases in the system. 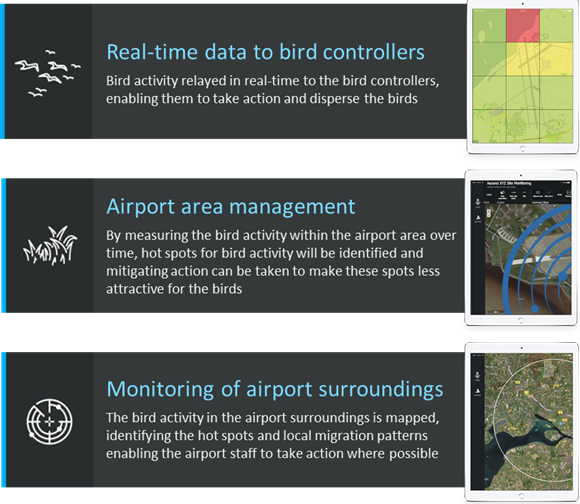 This enables the airport to measure the effect of mitigating initiatives in their area management plan. 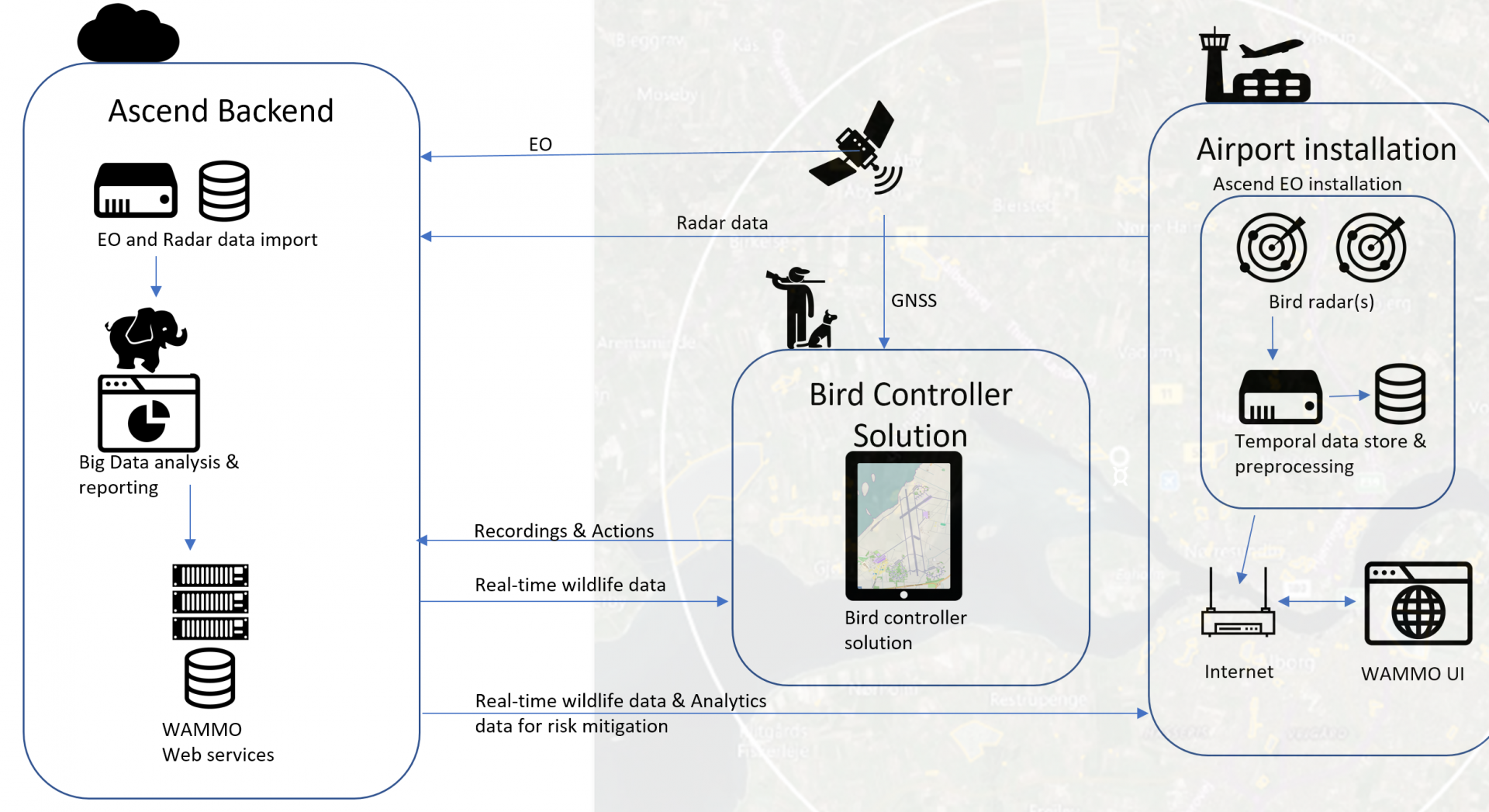 WAMMO expands on the AMMO projects use of space assets, by evolving the system to include ground radar data in the system. The correlation of the data from space assets with the radar data from multiple airports, will be used to produce statistical models for airports not equipped with a radar but located nearby similar habitats.

The WAMMO project concluded with the Final Review milestone held in June 2020. The three sizes of radars investigated in the project are up and running at Aalborg Airport (Denmark), where they are gathering data for refinement of the bird tracking algorithms.

The medium radar analyzes bird tracks to a range of 6 km. The large radar to 10km. The smallest radar is no longer used as it proved to have a limited added value.

Bird tracks identified by the radar, are displayed in a web interface available to stakeholders at the airport. 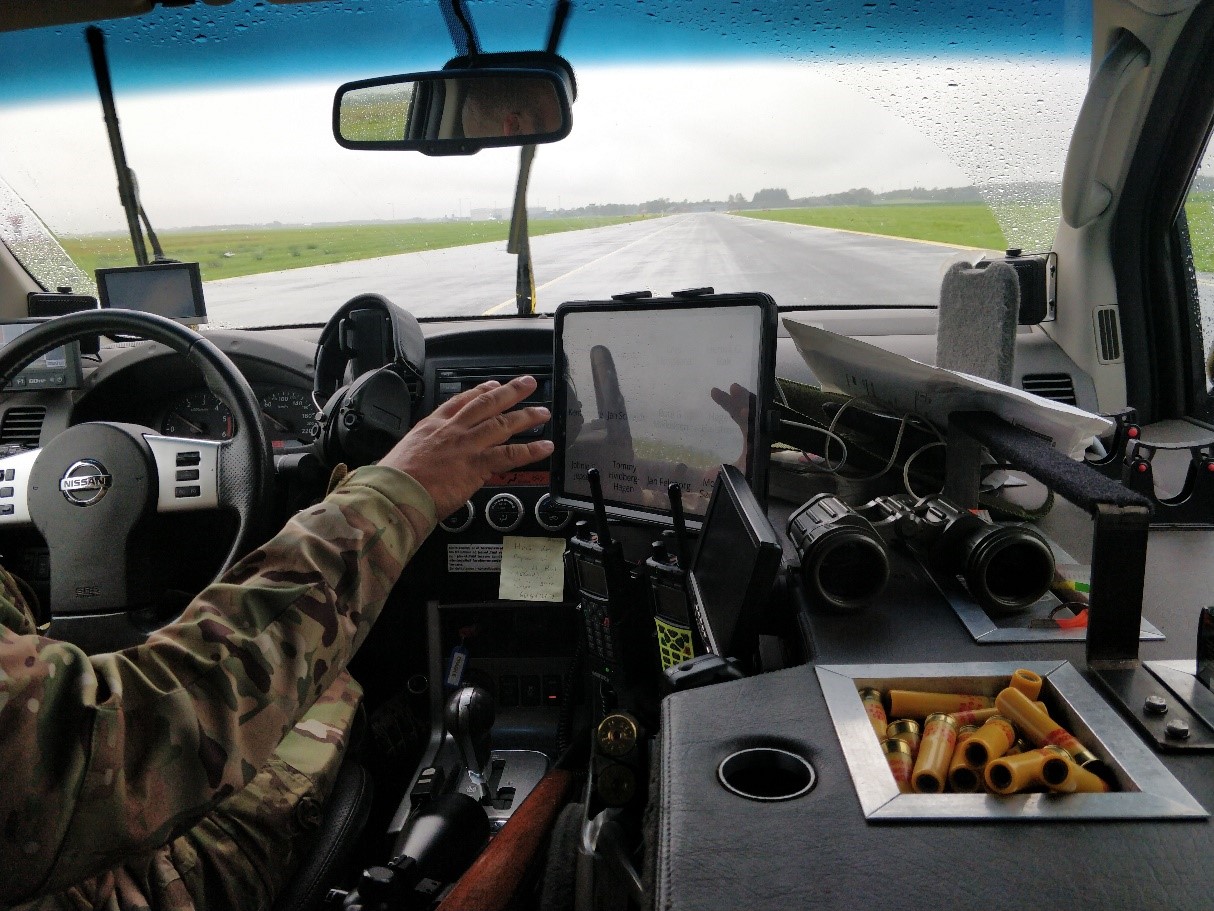 This feature is being tested by users at Aalborg airport.

The pilot briefing room application, analyses bird activity in take-off and landing areas of the Airport.

This feature is used by pilots and is available, as a test, in the pilot briefing room at Aalborg airport. Pilots can view the current bird activity before their flight. 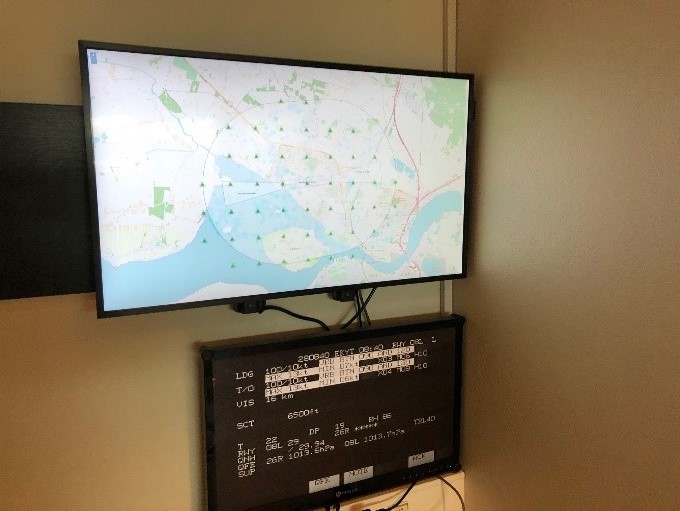 Bird control team: The radar solution provides real-time data for our Bird Control team directly on tablets in the bird control vehicles. Our bird controllers are using the solution in their day-to-day operations and appreciate the ease of use.

Safety/Wildlife Management: I, as a safety manager, have online access to the radar data, both live and historical. I can see activity for any area within radar coverage and use the radar data to improve my understanding of bird movements in the surroundings and on the airport area, as well as implement appropriate risk mitigation.

Airline display: We have live bird radar heatmaps and bird activity forecast available for our airline customers. It enables pilots to mitigate the risk from an operational perspective.

Currently, we are supporting the implementation in EFBs and Crew briefing systems.